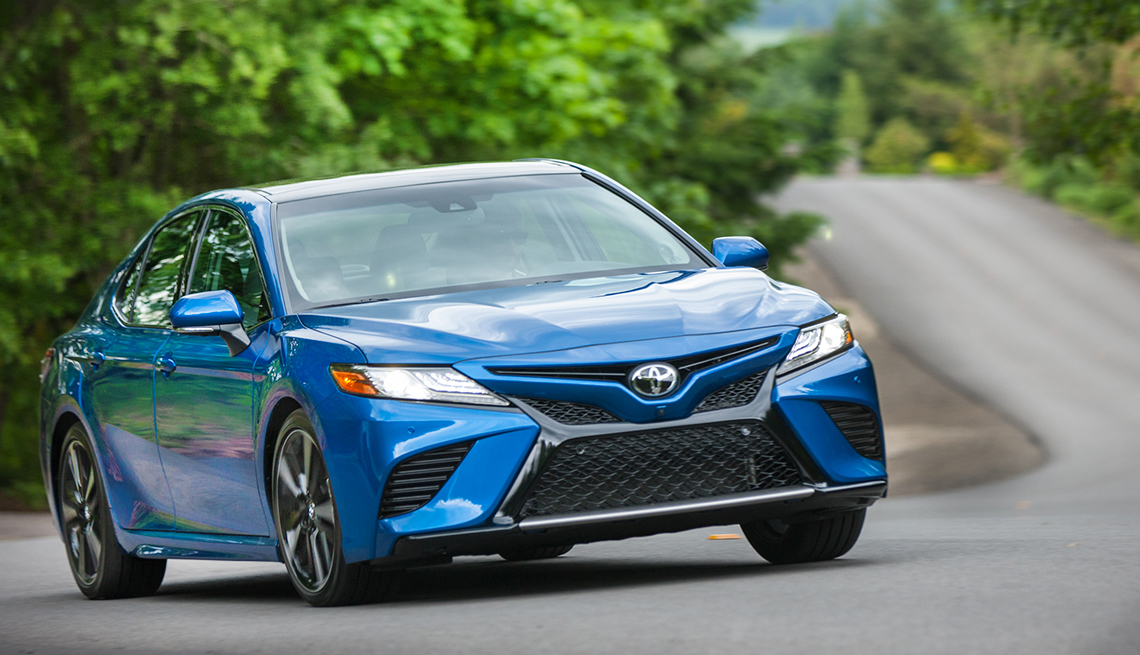 Boomers drove sales of midsize sedans like the Toyota Camry for years — now, automakers hope to market the popular cars to younger drivers.

"Thanks for the memories,” Toyota seems to be saying with its 2018 Camry sedan, a clean remake of the midsize car that went on sale in July.

The global automaker is aiming for a younger buyer today, eschewing the now-older purchasers who made Camry the best-selling car in the United States for 15 years.

“The average age of the previous-generation [2012-17 model] Camry buyer was 52,” says Corey Proffitt, Toyota communications manager on the East Coast. With the new car? “We’re aiming for the core target audience with a range of age from 25 to 45.”

Toyota isn’t alone. While it is clear that the company wants to make Camry the new standard in the midsize sedan category, its top competition remains Honda’s Accord. A redone Accord was introduced earlier this fall, and all versions soon will be available.

According to Honda, its data show that the Accord is popular with buyers 50 and older — but also attracts significant numbers of younger buyers.

“More than 40 percent of Accord buyers are 50 or older,” says Chris Naughton, the automaker’s spokesman on the East Coast.

The average age of Accord buyers, he says, is 48. Honda data show sales of Accords to under-35 buyers top those of any other midsize sedan in that age group, Naughton says.

The average price of a new car in September was $34,861, according to auto researcher Kelley Blue Book (KBB), and refreshed sedans from both Honda and Toyota have gasoline models that range from mid $24,000s to high $35,000s.

It’s no surprise that makers of the two top-selling sedans are looking to appeal to a younger generation of drivers. Sedans in general are no longer kings of the lot, and expanding the base of buyers is critical to any manufacturer’s long-term business.

Midsize sedans were the top-selling vehicle segment as recently as 2014, but so far in 2017 have tumbled to fifth behind compact SUVs, large trucks, midsize SUVs and compact cars, a September report by research group Edmunds said. Market share for midsize sedans is now a meager 10.7 percent — the segment’s lowest share since Edmunds began its tracking in 1991.

What happened? “Once someone gets used to the higher ride, extra space and creature comforts they can get in an SUV, it’s almost a fool’s errand to convince them to go back to a sedan,” Jessica Caldwell, executive director of industry analysis at Edmunds, said in that same report.

Toyota, for one, sees younger buyers as a lifeline now — and a sturdy new base in years to come.

“Millennials account for about 29 percent of new-car sales. We forecast that to be 40 percent by 2020,” while boomers’ share is expected to drop from 36 percent now to 30 percent or less by 2020, says Rebecca Lindland, executive analyst at KBB, citing its research data.

Toyota definitely is marketing the 2018 Camry to younger buyers, Lindland says. “But if they’re clever about it, they can craft a message that appeals to both” the boomers who’ve made Camry so popular and the millennials who represent future growth, she says. “Boomers value safety and a hassle-free ownership experience. And that would be how you would describe millennials, as well.”

Lindland adds, however, “It’s critical for Toyota and other manufacturers, as well, not to assume that just because you’re over 50 means you’re ready for the geriatric ward.”