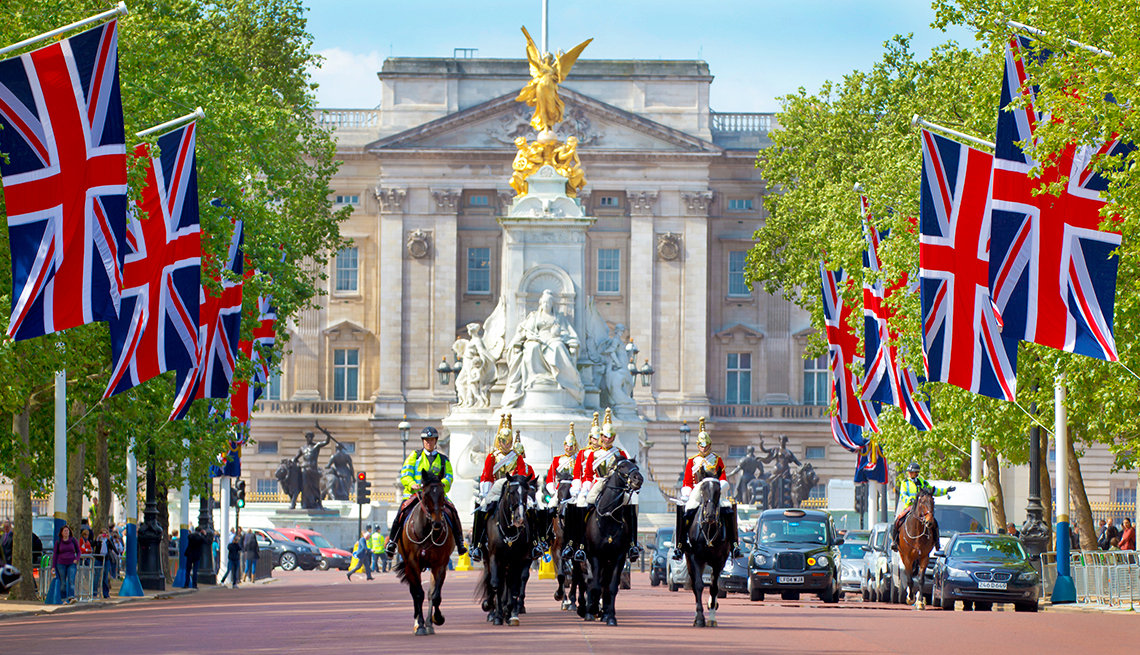 If you visit Buckingham Palace in late July through September, when the queen is on vacation, you can sign up to see the palace's 19 State Rooms.

En español | Most of us, alas, didn't make the guest list for the May 19 wedding of Britain’s Prince Harry and American actress Meghan Markle. Not to worry. You still can sit in a pew at the wedding venue — St. George’s Chapel at Windsor Castle — and visit other fascinating London-area spots with ties to British royalty. (Note that if you're planning to see multiple attractions, you'll save money with the London Pass.)

Here are the spots to see.

Windsor Castle, a half-hour train ride from London's Paddington station, is one of Queen Elizabeth II’s royal residences and where she likes to spend her weekends. It's a majestic 11th-century stone edifice that's said to be the oldest and largest occupied castle in the world. Its 14th-century chapel, site of Harry and Meghan’s nuptials, has hosted many other royal weddings, including that of Elizabeth II’s youngest son, Edward. It was also the site of a prayer service after the 2005 marriage of Prince Charles and his second wife, Camilla Parker Bowles, and will host the October wedding of Prince Andrew’s youngest daughter, Eugenie.

There's much more to see here, though, such as the State Apartments and Queen Mary’s 1920s dollhouse, fully furnished and artfully equipped with electrical fixtures and miniature toilets that flush.

Tickets to the castle and grounds (about $30; $27 for adults over 60) can be bought online. You can attend the chapel's evening and Sunday services without charge.

The is the queen's official residence, but from late July through September — when she vacations at Scotland’s Balmoral Castle — the public is admitted to the palace's 19 impressive State Rooms. They're gussied up with gilt galore, impressive furnishings and art masterpieces. One highlight is the stunning crimson-and-gold Throne Room, where the queen bestows honors and Prince William and his bride Kate Middleton's official wedding photos were taken. You can also tour the palace gardens and the Royal Mews, with its collection of gold-encrusted carriages worthy of Cinderella, and on most days watch the 11 a.m. ceremonial changing of the red-uniformed palace guard. Stop in the gift shop for souvenirs from Harry and Meghan’s wedding, ranging from “H&M” mugs and tankards to commemorative tins of cookies and Champagne.

The palace offers individual tickets for the State Rooms, the Royal Mews and the Queen’s Gallery of art (it's free to the changing of the guard), but you’ll save with a “Royal Day Out” combo (about $60; $56 for adults over 60). Book online well in advance.

Queen Victoria once lived in this storied palace, now home to modern-day royals, including William and Kate, Harry and Meghan. You won’t see their private digs, of course, but the public rooms are open daily. You can also tour special exhibits such as the current “Diana: Her Fashion Story” (with treasures such as the midnight-blue velvet gown the princess wore when dancing with John Travolta at a 1985 White House state dinner), and stroll the palace’s "White Garden," where a happy Harry and Meghan posed for photographers after their engagement.

Fans of The Crown, who saw its likeness in the PBS series, will enjoy the home where the queen lived after her marriage to Prince Philip. These days, Prince Charles and Camilla, Duchess of Cornwall, call it home and open its ground floor reception rooms to visitors in August. In the cozy Morning Room, look for two cute ornamental rabbits and a photo of Prince George and Princess Charlotte taken by mom Kate, aka Catherine, Duchess of Cambridge. Book a more comprehensive after-hours guided tour of parts of the buff-colored town house for about $50. It includes the Cornwall Room, where 22 watercolors painted by Prince Charles hang.

Standard tours cost about $15. Book ahead. 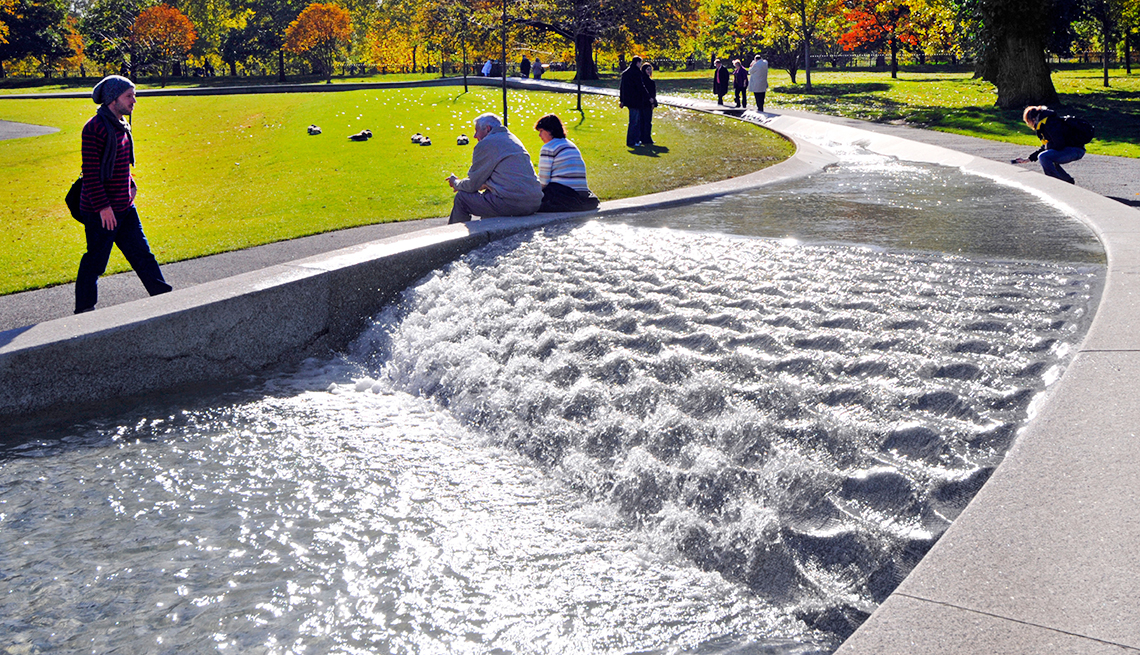 The Diana, Princess of Wales Memorial Fountain, opened in July 2014 in the southwest corner of Hyde Park.

Opened by the queen in 2004 and located near the Serpentine Sackler art gallery in Hyde Park, the memorial is not a traditional fountain. It’s more of a shallow, circular channel flowing on 545 pieces of Cornish granite. In keeping with Diana’s accessible image, the surrounding paths were designed to be hospitable to wheelchairs, and visitors are allowed to dip their feet into the bubbling water.

Seen by millions on TV during the emotional 1997 funeral of Princess Diana and the joyous 2011 marriage of William and Kate, the Gothic architectural masterpiece has been the site of British monarchs’ coronations since 1066. Queen Elizabeth II’s 1947 marriage to Prince Philip and 1953 coronation both took place under its imposing stained glass windows and ribbed stone vaulting. More than 3,000 notable Britons, including kings and queens, writer Geoffrey Chaucer and scientist Isaac Newton, are buried at the Abbey.

Admission can be booked in advance online (about $28). But the public can attend several daily services for free.

The fairytale-like 1981 wedding of Prince Charles to Lady Diana Spencer took place under St. Paul's magnificent dome, as did the funerals of former prime ministers Winston Churchill and Margaret Thatcher. A crowning achievement of famed architect Christopher Wren, it stands at the city's highest point.

Buy tickets online (about $22; $20 for adults over 50). There's no charge to attend services and Sunday afternoon concerts by top organists.

The Tower of London

Every year about 3 million visitors flock to the nearly 1,000-year-old stone fortress, built during the reign of William the Conqueror. Its violent history includes the 1536 beheading of Henry VIII’s wife Anne Boleyn and the executions of 20th-century German spies. Star attractions are the Crown Jewels, among them coronation regalia encrusted with precious stones. (The Imperial State Crown alone boasts 2,868 diamonds, 17 sapphires and 11 emeralds.)

The huge red-brick compound holds the grand hall where Henry VIII and his guests feasted back in the day, as well as an exhibit of the workings of the Tudor kitchens. Lose yourself in 59 acres of gardens and a famous shrubbery maze — all just a 30-minute train trip from London’s Waterloo station. You can also take a leisurely cruise here on Thames River Boats, departing from Westminster Pier.

The posh department store chain has long supplied groceries to the monarchy and is famous for pricey picnic hampers. Its “Wedding Bouquet Blend” tea honors Harry and Meghan’s marriage with a brew that includes English and American mint. It joins F&M’s “Wedding Breakfast Tea,” created in honor of William and Kate’s nuptials. Visit the flagship store near Piccadilly Circus, where women can pick up a “fascinator” headpiece like those worn by Kate. 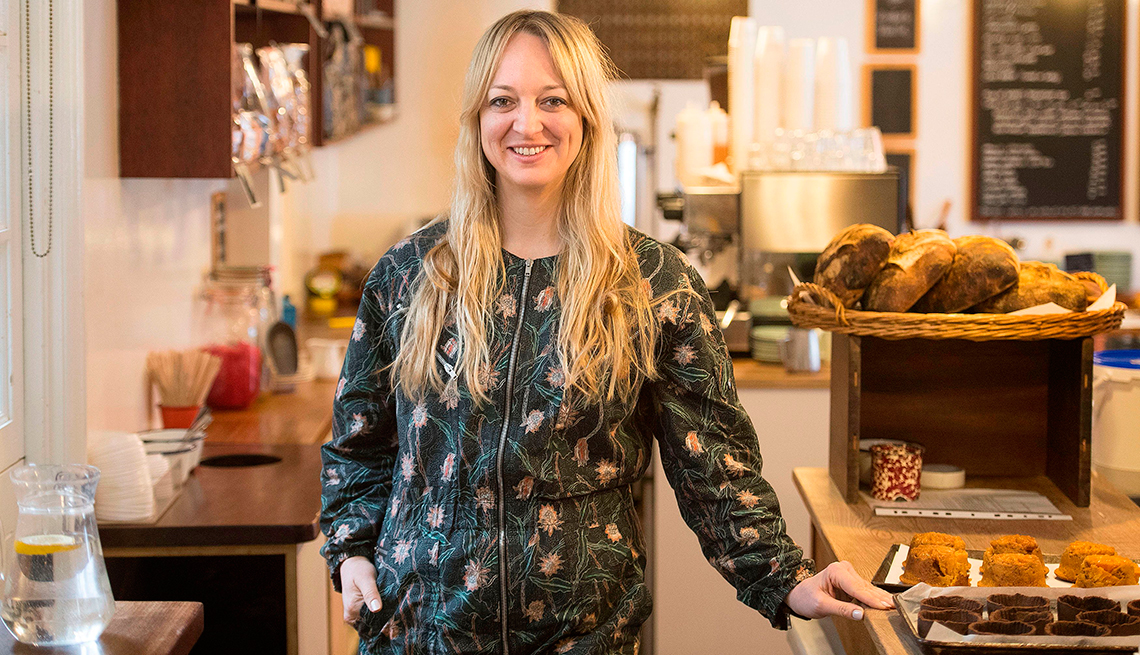 Take a break from touring grand edifices by indulging in a dessert at this East London pastry shop and cafe. Its owner, California-raised Claire Ptak, created the lemon-elderflower cake commissioned for Harry and Meghan’s wedding. She sells sweets and homemade flower cordials made with organic ingredients.

A stone’s throw from Buckingham Palace, the luxury hotel hosted Kate and her family the night before her 2011 wedding. She and other titled names have been spied here having afternoon tea, which you can enjoy here, too (starting at about $70 per person). Should you spot a royal daintily applying clotted cream to a scone, invoke the famous British motto: Keep calm and carry on.