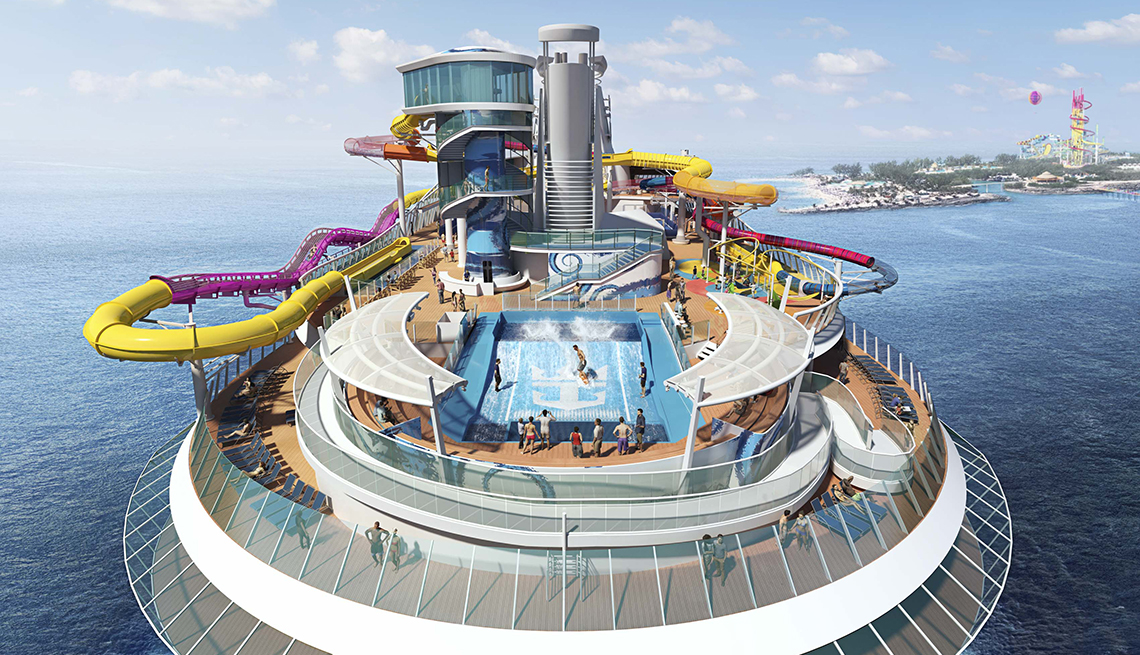 En español | From go-karts and waterslides to elaborate Broadway-style shows, the major cruise lines seem to be trying to outdo each other by offering the most over-the-top onboard attractions. Many of them are fun for passengers of any age, while others are guaranteed to at least wow the grandkids.

Laser tag. Three of Royal Caribbean’s ships (Symphony of the Seas, Mariner of the Seas and Independence of the Seas) have glow-in-the-dark laser tag courses. Two teams — robots and aliens — compete for the future of the galaxy in Battle for Planet Z. With special effects such as strobe lights and a fog machine, it offers an immersive battle royal (and a great workout).

Go-karts. Norwegian Cruise Line's Bliss has the only go-kart course on a cruise ship in North America. Drivers can zoom around at up to 30 mph while navigating a two-level track more than a dozen stories above the sea. Passengers can purchase single rides or save with unlimited daily or weekly passes, which also let you speed your way through a special line. 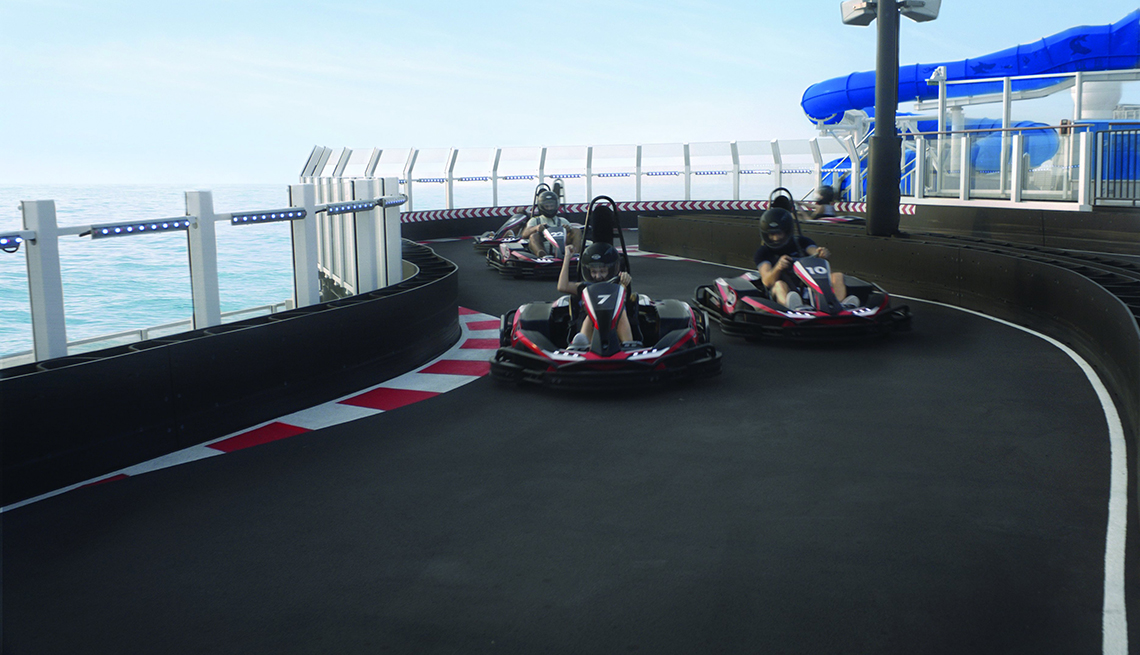 Robot bartenders. Luxury meets technology with Royal Caribbean’s robot bartenders. Available on four ships (Harmony of the Seas, Quantum of the Seas, Anthem of the Seas and Ovation of the Seas), those in need of some high-tech relaxation can head to the Bionic Bar, where robot duos with names like Mix and Mingle will muddle, stir, shake and strain your drink from start to finish. The robots, which have 30 spirits and 21 mixers available, can crank out two drinks a minute.

4-D movie theater. Carnival Cruise Line's Thrill Theater — available on the Carnival Breeze, Carnival Horizon and Carnival Vista — goes beyond the standard 3-D experience by adding sensory elements such as fans, mist and vibrating seats. No reservations are necessary. A variety of movies, including family favorites and scarier adult-only screenings, are shown each day. 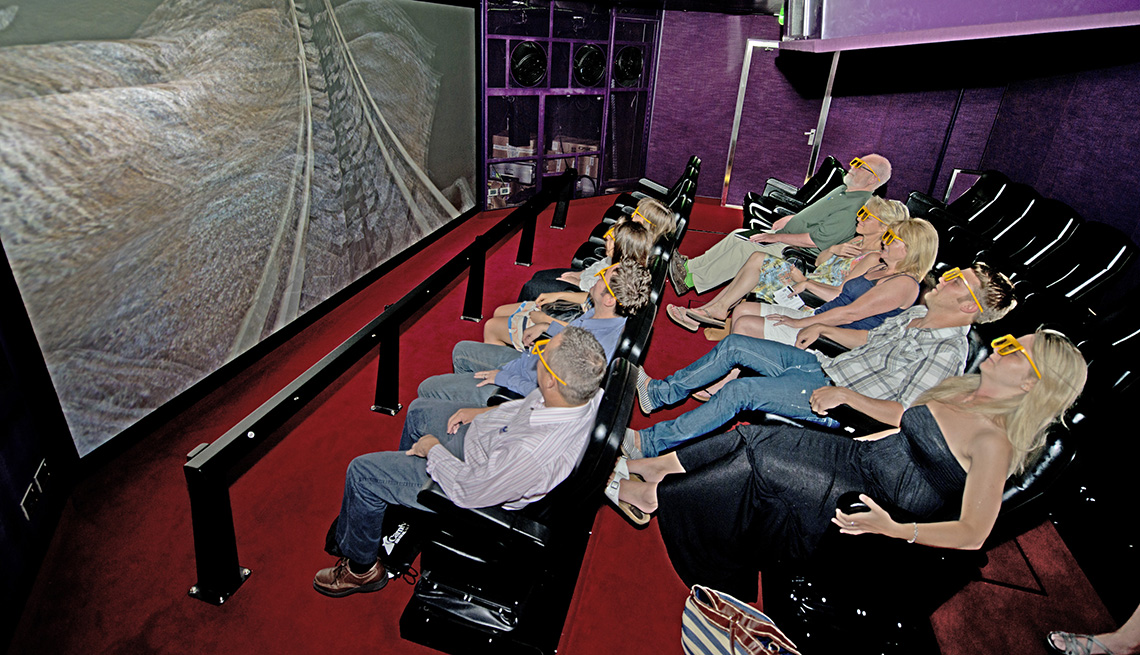 Skydiving simulator. Cross skydiving off your bucket list (sort of) with Royal Caribbean’s skydiving simulator, in which passengers can make a 60-second dive within a secure on-deck wind tunnel. Called RipCord by iFly, it's free for everyone onboard Anthem of the Seas and other Quantum-class ships to try at least once. Don't forget to smile: 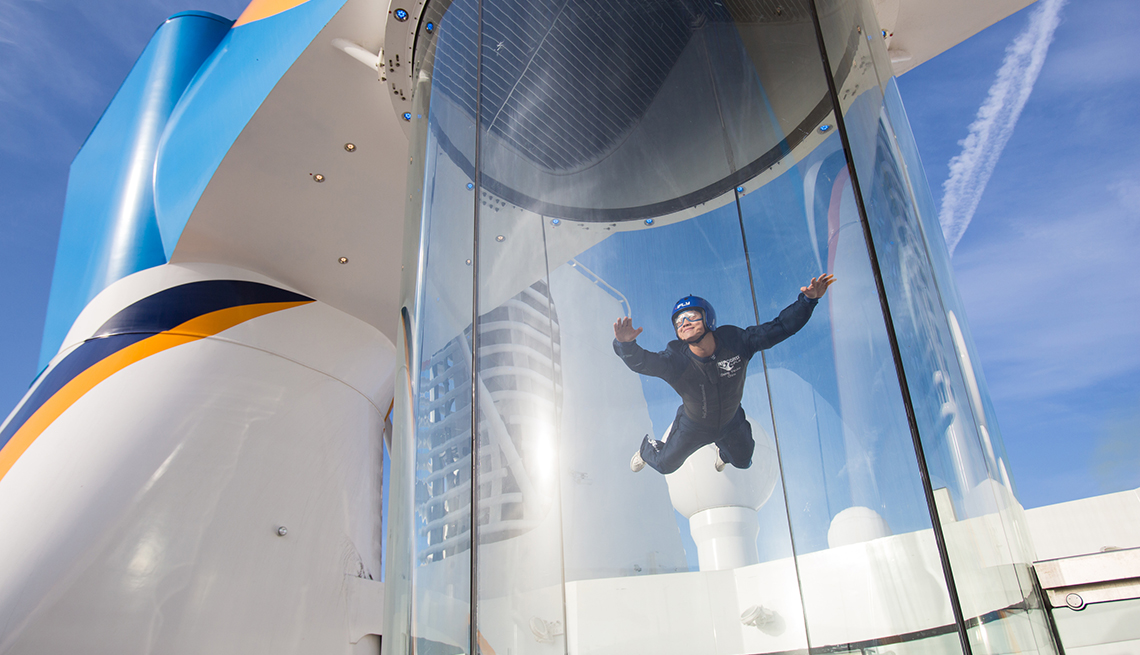 A dedicated photographer stationed nearby will snap a pic of your time in the air.

Ice skating. Put your skating skills to the test on the ice rinks onboard Royal Caribbean’s Voyager-class ships. They're open to amateurs and experts alike.

Snow room. Another chilly attraction is Viking Cruise's Snow Grotto, a snow-filled room that guests are encouraged to visit as part of a hot-and-cold thermal spa experience 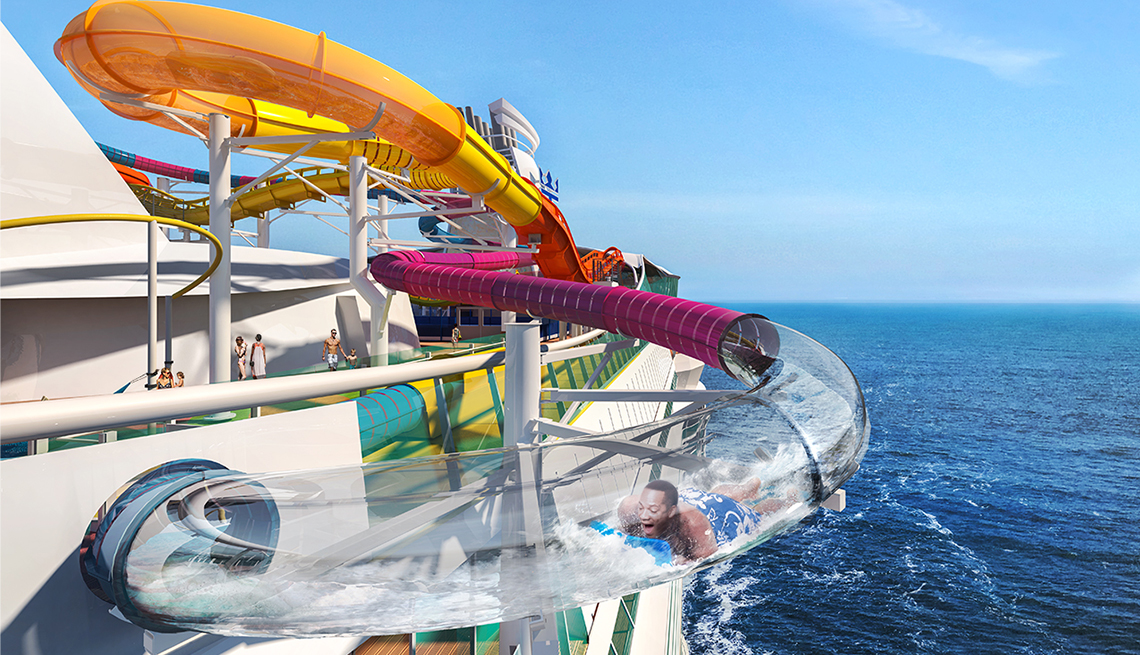 Water parks and waterslides. Most lines with megaships, including Carnival and Norwegian, now have water parks jam-packed with aquatic attractions such as waterslides, water cannons and designated splash zones. Among the highlights are Carnival Vista’s Kaleid-o-slide — which features 455 feet of twists, turns and visual effects — and Norwegian’s Free Fall, available on the Norwegian Breakaway and Norwegian Getaway — which launches you through a trap door for a five-story drop. In February, Royal Caribbean will debut its first water coaster on the Navigator of the Seas. Called the Blaster, it uses jets to help propel guests up and down an 800-foot course. 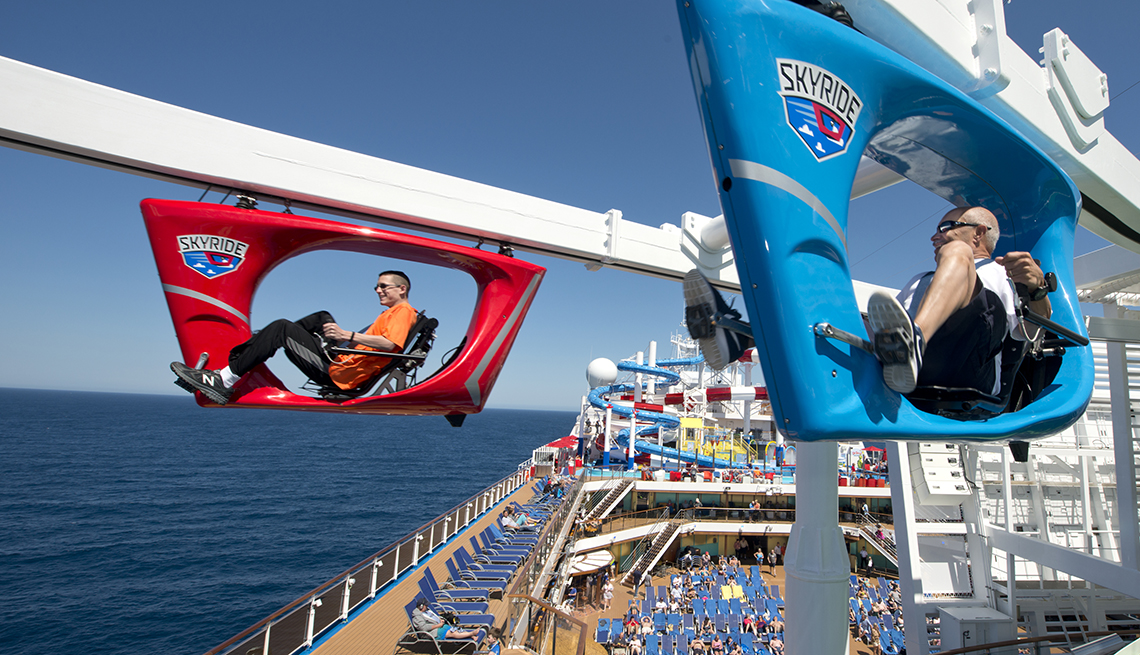 Biking in the air. Carnival Vista and Carnival Horizon are home to the SkyRide (coming soon to Carnival Panorama, too). To “ride,” you'll get strapped into a recumbent bike pod that's suspended 150 feet above deck and then pedal your way around the two-lane course, which offers a 360-degree view of the ocean. You can choose between racing another pod or going at the pace of your choice. (Another Carnival option for those unfazed by heights is SkyCourse, a suspended ropes course that tests your balance and takes in the sites from above.)