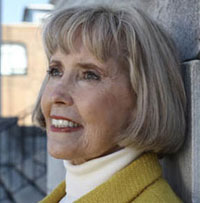 Lilly Ledbetter grew up in a world where doing chores meant long hours picking cotton—not always willingly—on her grandfather's farm. "I fussed up and down every single row," she recalls now. "But I learned about doing a day's work for fair pay." She never forgot that lesson. For 19 years Ledbetter worked as a night-shift supervisor for Goodyear Tire & Rubber in Gadsden, Alabama, earning performance awards and the respect of union crews—but also earning considerably less money than male supervisors. So Ledbetter embarked on an eight-year quest for equal compensation, suing Goodyear for pay discrimination. A jury agreed that the tire giant had violated the Civil Rights Act of 1964, yet a bitterly divided Supreme Court tossed out the decision in 2007. That ruling inspired Congress to step in with the Lilly Ledbetter Fair Pay Act of 2009. "The young people getting out of school think discrimination is a thing of the past," says the indefatigable 71-year-old activist. "But when they hear my story, they know. We've got a long way to go."