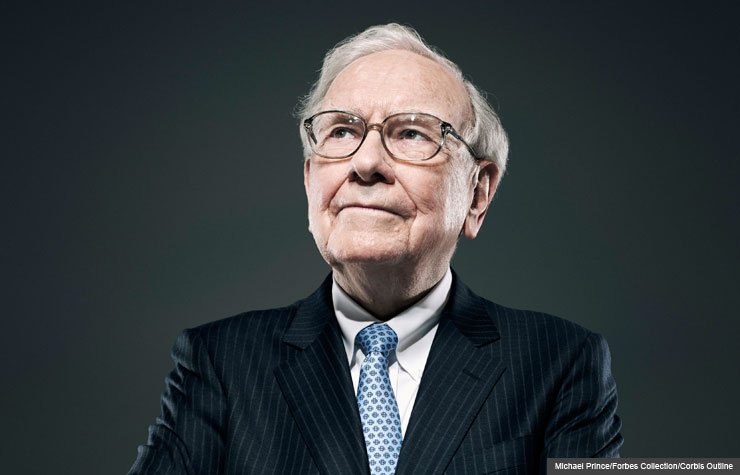 Says Warren Buffett: "You should invest in businesses so good that even a fool can run them, because someday a fool will."

En español | If you'd invested $1,000 in Berkshire Hathaway when Warren Buffett assumed control of the company in 1965, you would be a multimillionaire today, and you could be reading this in an oceanfront penthouse.

Buffett, 82, is the billionaire investor from Nebraska whose stock-picking savvy and Wall Street wisdom have earned him a reputation as the "Oracle of Omaha."

At charity auctions, people have paid more than $3 million just to have lunch with this former newspaper delivery boy, who boasts a net worth of about $55 billion and is now ranked as either the third or fourth wealthiest person in the world.

But you can get Buffett's best advice for free, right here.

On Success and Happiness

They say success is getting what you want, and happiness is wanting what you get. I always worry about people who say, "I'm going to do this for 10 years; I really don't like it very well. And then I'll do this ..." That's a little like saving up sex for your old age. Not a very good idea.

On How Much to Leave to the Kids

The perfect amount is enough money so they would feel they could do anything, but not so much that they could do nothing. Dynastic fortune turns me off. The idea that you hand over huge positions in society simply because someone came from the right womb, I just think it's almost un-American.

On How Much to Give to Charity

Ninety-nine percent of what I have will go back to society through philanthropy, because I've been treated extraordinarily well by society. I've worked in an economy that rewards someone who saves lives on a battlefield with a medal, rewards a great teacher with thank-you notes, but rewards those who can make money in securities with sums reaching into the billions. I agree with Andrew Carnegie: Huge fortunes that flow in large part from society should in large part be returned to society.

You're neither right nor wrong because people agree with you. You're right because your facts and your reasoning are right.

On Picking Stocks for the Long Term

You should invest in businesses so good that even a fool can run them, because someday a fool will.

Bonds should come with a warning label. Most currency-based investments, such as money market funds and mortgages, are among the most dangerous of assets. Their beta [price volatility] may be zero, but their risk is huge. The dollar has fallen 86 percent in value since 1965, when I took over Berkshire Hathaway. It takes $7 today to buy what $1 did at that time. For taxpaying investors like you and me, over the past 47 years, the continuous rolling [over] of U.S. Treasury bills has produced … no real income after taxes and inflation.

On Investing in Gold

Gold is a huge favorite of investors who fear almost all other assets, especially paper money. But what motivates most gold purchasers is their belief that the ranks of the fearful will grow.

The world's gold stock is 170,000 metric tons. If all of the gold were melded together, it would form a 68-foot cube — and fit in a baseball infield. At $1,750 per ounce — gold's price as I write this [in 2012] — its value would be $9.6 trillion. Call this cube pile A. Now create pile B. For $9.6 trillion, we could buy all U.S. cropland (400 million acres producing $200 billion annually), plus 16 ExxonMobils (the world's most profitable company, earning more than $40 billion annually). And we'd still have $1 trillion left over. Can you imagine an investor selecting pile A over pile B? [Gold has since plunged more than 20 percent.]

On Investing in America

Investors need to avoid the negatives of buying fads, crummy companies and timing the market. ... [For most investors] buying an index fund over a long period of time makes the most sense. Just make sure you own a piece of American business.

Whether the currency a century from now is based on gold, shark teeth or a piece of paper, our country's businesses will continue to deliver goods and services. These commercial "cows" will live for centuries, and proceeds from the sale of their "milk" will compound for the cows' owners — just as they did during the 20th century when the Dow increased from 66 to 11,497 (and paid loads of dividends as well).

I will keep working until about five years after I die. I've given my board of directors a Ouija board so they can keep in touch. I also have a letter that will go out and tell what the plans of the company are. It starts out, "Yesterday I died." I just hope the stock doesn't go up too much that day.

Adapted from Tap Dancing to Work: Warren Buffett on Practically Everything, 1966-2012: A FORTUNE Magazine Book, edited by Carol J. Loomis