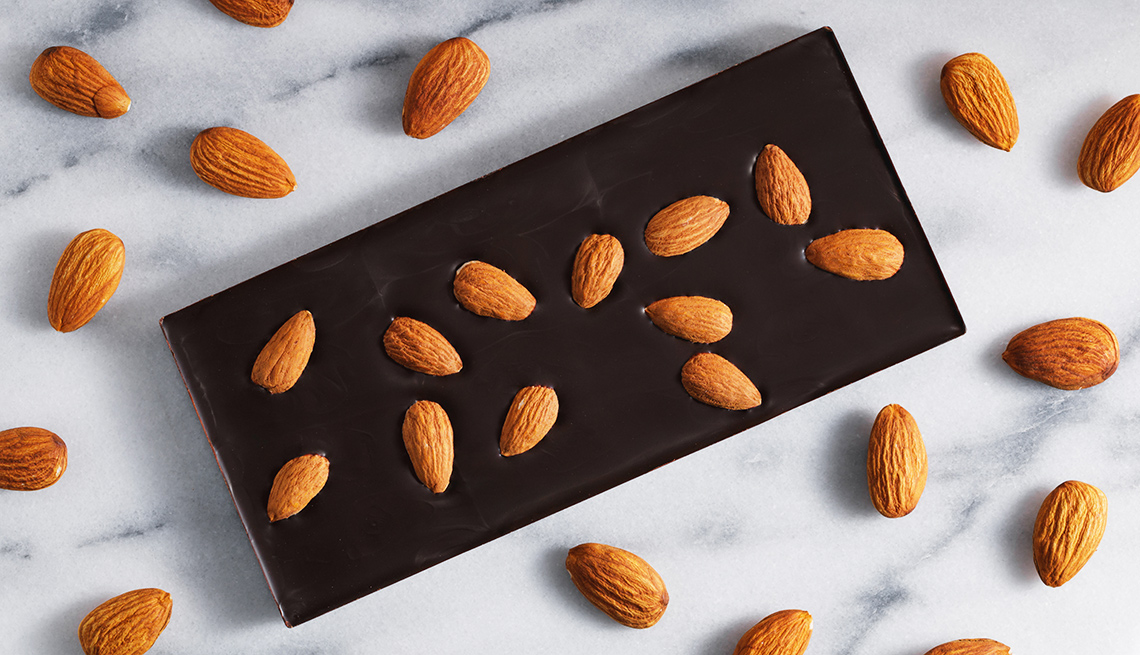 Almonds and dark chocolate may reduce a risk factor of coronary heart disease, according to a recent study.

Researchers found that combining raw almonds, dark chocolate and cocoa significantly reduced the number of low-density lipoprotein, or LDL, particles in the blood of overweight and obese people.

LDL is often called bad cholesterol because of the role it plays in clogging arteries.

But portion size was key. The study looked at nearly one-third a cup of almonds a day — either alone or combined with almost one-quarter cup of dark chocolate and 2 1/3 tablespoons cocoa a day.