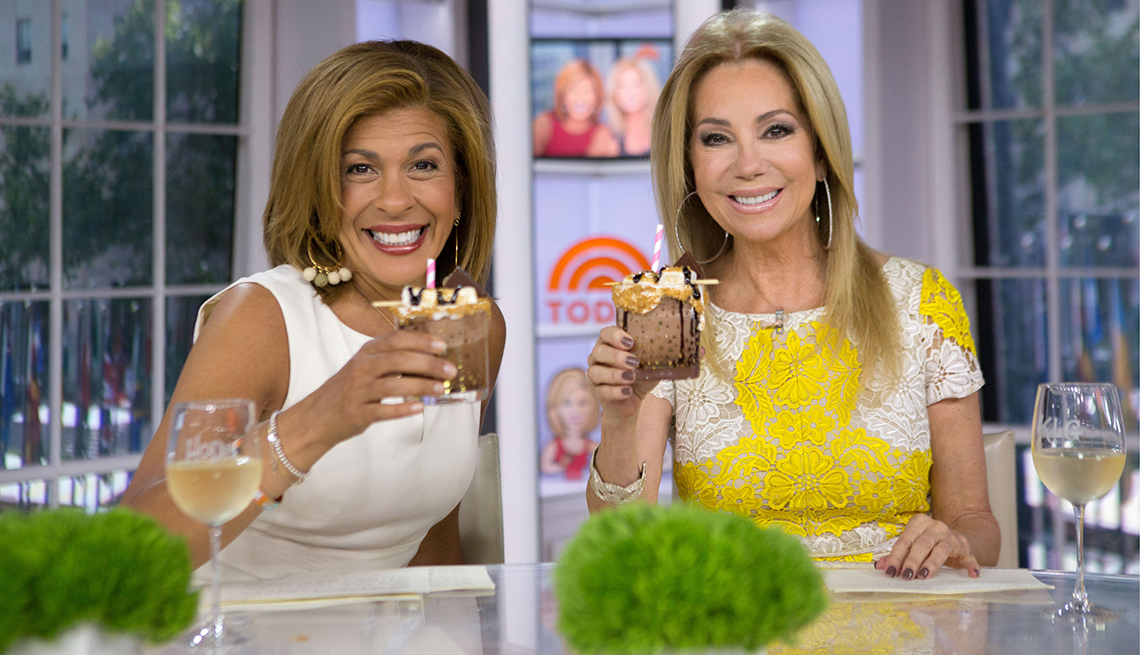 Ask Kathie Lee Gifford how old she is and she won't flinch. Youth may still be currency in show business, but the 64-year-old Gifford says that over her four-decade career she's never been shy about telling people her real age.

"Long before Google, I told the truth," Gifford recently told Prevention.com, during a joint interview with her Today Show cohost Hoda Kotb about the web site's "Love Your Age!" campaign. The duo, who preside over the show's free-form fourth hour from 10 a.m. to 11 a.m. each day, are continuing the discussion on air during "Love Your Age Week!", a partnership with Prevention which kicked off Monday morning.

Kotb, 53, who recently became a mother for the first time — she adopted baby daughter Haley Joy this summer and is raising her with longtime partner Joel Schiffman — told Prevention that her new priorities have her less concerned about which birthday she's celebrating.

"A year and a half ago, I would have said it matters a lot, more than it does now," said Kotb. "But since Haley and Joel, the idea of age doesn’t matter as much to me. I didn’t think those things were possible at this age. I feel like if you’re happier at 53 than you were at 43 and 33 and 23, there’s hope."

For her part, Gifford, whose mother passed away last week, said getting older motivates her to cross things off her bucket list.

"I do the math (now) for the first time in my life," she said. "I'm really aware that time is precious and finite and that I'm going to run out of time for some of the big things I want to do."

Might one of those things be finding love again? One of the newsworthy quotes to come out of the Prevention interview was her admission that, two years after her husband, Frank Gifford, passed away, she could be interesting in dating again.

"My mother asked me that just the other day," she recalled. "She said, “Would you be open to love again?” I said, 'Mom, I’m open to anything the Lord has for me at this point in my life.' ”

On Monday morning's show, though, after a good-natured grilling by her cohost, she clarified: "Am I out going to singles bars? No. Am I looking? No. Am I online? I don’t even know how to get online! … It would have to be a miracle."

Love lives aside, big changes are soon coming to the Today Show lineup, as new addition Megyn Kelly takes over the show's third hour beginning next week. But Hoda and Kathie Lee aren't going anywhere. That means you can expect their on-set wine glasses to remain full for the foreseeable future, which from their perch looks pretty bright.

"I'm excited about being a woman in our world today," Gifford told Prevention. "I think we're finally getting our due. We're finally being appreciated."