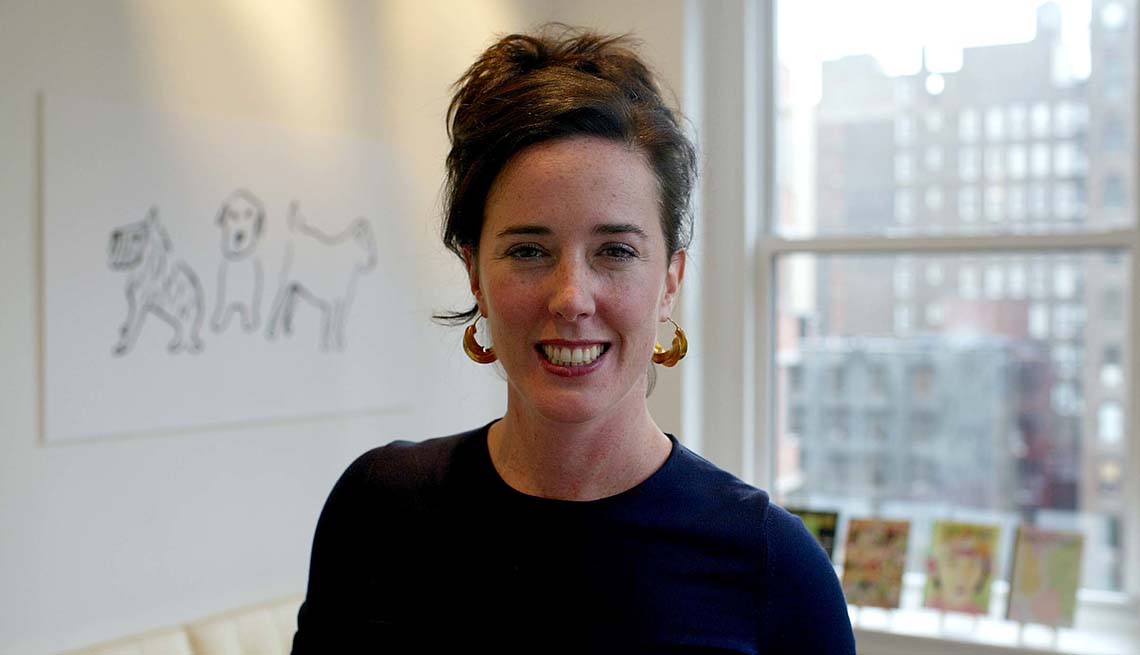 Just days after the much-publicized suicide of fashion designer Kate Spade, at 55, the Centers for Disease Control and Prevention reports that suicide rates are rising sharply around the country, with a notable increase among middle-aged Americans.

According to the CDC report, rates of suicide increased 30 percent between 1999 and 2016, making suicide one of the top 10 killers of Americans. It’s also one of the top three causes of death that remain untouched by advances in medicine or public health (the others eluding improvement are Alzheimer's disease and drug overdoses.)

While suicides rose among all age groups, to total 45,000 self-inflicted deaths in 2016, the highest rate of increase as well as the greatest number of suicides is among middle-aged Americans. (There was no increase in those over 75.)

According to Deborah Stone, a CDC behavioral scientist who wrote the report, the 45-to-64 age group makes up "the greatest proportion of suicides," with a particularly high rate of increase over the period — a whopping 45 percent. The rate among those 65 and older, she noted, increased 5 percent.

The rate of increase was slightly more for women than for men, although Stone observed that "older women are not driving" the overall increase in suicide and that men are still three to five times more likely to die of suicide.

At a press briefing, Anne Schuchat, principal deputy director at the CDC, speculated that the increase for middle-aged people in particular might relate to their higher rates of drug overdose as well as what she called an emerging "depths of despair" phenomenon among the age group. Schuchat said that increases in suicide tend to correlate with economic downturns and that the nationwide recession falling during the years the suicide risk was analyzed "may have left the middle-aged population especially hard hit."

Researchers also used the report and the press briefing following it to send a clear message that suicide often happens without any known battle with depression or mental illness preceding it. "I'd like to say our data suggest that suicide is more than a mental health issue,” Schuchat said. "Suicide can happen to anybody."

According to the report, slightly more than half of people who died by suicide did not have a known or diagnosed mental health condition at the time of death. What that group (along with those with a mental illness) did seem to have suffered from, at least one third of the time: some kind of personal crisis within two weeks of their death, with the most common type being relationship problems, though substance misuse, physical health woes, and job, money, legal or housing stress also made the CDC’s chart of "circumstances preceding suicide."

In fact, what emerges from the report is a picture of suicide as a complicated human riddle combining everything from age to genes to midlife stressors and, sometimes, the unfortunate consequence of emotion and impulse combined with the availability of a firearm: Guns were, according to the agency, the method most often used by those without known mental health conditions and the method used most overall.

The CDC culled information from states. All but Nevada showed a rise in suicide risks, though that was likely only because it already had such a high risk, Schuchat explained. The rate of increases varied from Delaware’s 6 percent to North Dakota's whopping 57 percent.

In announcing the new figures, the agency also stressed suicide prevention with the following tips.

A study finds that patients gain from instant messaging with therapists