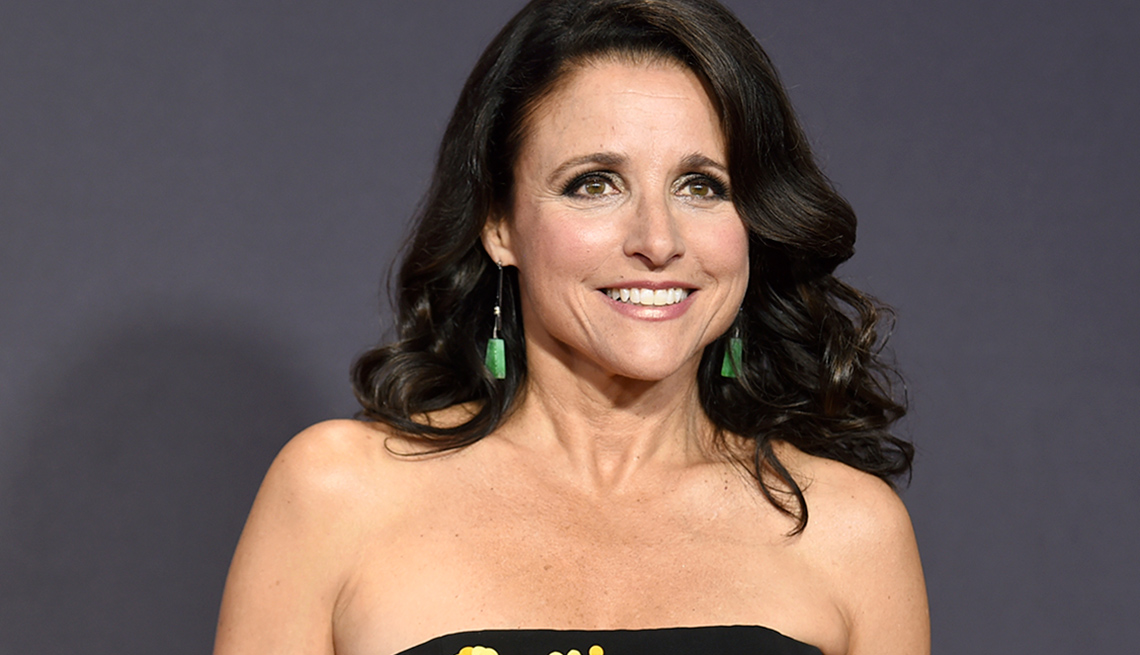 Julia Louis-Dreyfus attended the Emmy Awards in mid-September, where she won her sixth straight Emmy for best actress in a comedy series.

Julia Louis-Dreyfus, 56, has now completed her second chemotherapy treatment for breast cancer. She posted an update, with a comical photo, to Instagram on Friday. “We are NOT f-----g around here. “I’ve got the eye of the tiger. The Fighter dancing through the fire cuz I am a champion and you’re going to hear me ROAR.” She was pictured wearing a black hoodie, sunglasses and a fake mustache.

The popular actor revealed her diagnosis in September. “1 in 8 women get breast cancer. Today, I’m the one,” she wrote on Twitter.  The actress went on to say: “The good news is that I have the most glorious group of supportive and caring family and friends, and fantastic insurance through my union,” “The bad news is that not all women are so lucky, so let’s fight all cancers and make universal health care a reality,” she wrote.

The diagnosis came on the heels of a historic Emmy Award win. On Sept. 17, Louis-Dreyfus received her sixth straight Emmy for best actress in a comedy series for Veep. With the win, Louis-Dreyfus became the performer with the most Emmys for the same role, surpassing Candice Bergen and Don Knotts, who each earned five Emmys for their parts in Murphy Brown and The Andy Griffith Show.

In a statement, HBO said it would adjust the Veep production schedule as needed, but that the diagnosis has not affected the network’s decision to renew the political comedy for a final seventh season.

“Our love and support go out to Julia and her family at this time,” HBO said. “We have every confidence she will get through this with her usual tenacity and undaunted spirit, and look forward to her return to health and to HBO for the final season of Veep.”

In addition to her six Emmy wins for her role as Selina Meyer, Louis-Dreyfus also nabbed Emmys previously for her supporting role as Elaine Benes in Seinfeld and her leading role as Christine in The New Adventures of Old Christine.

Fellow actress Christina Applegate, who underwent a double mastectomy almost a decade ago after receiving a breast cancer diagnosis, responded to Louis-Dreyfus by tweeting, “Mama, find me. Let’s talk if you want.”