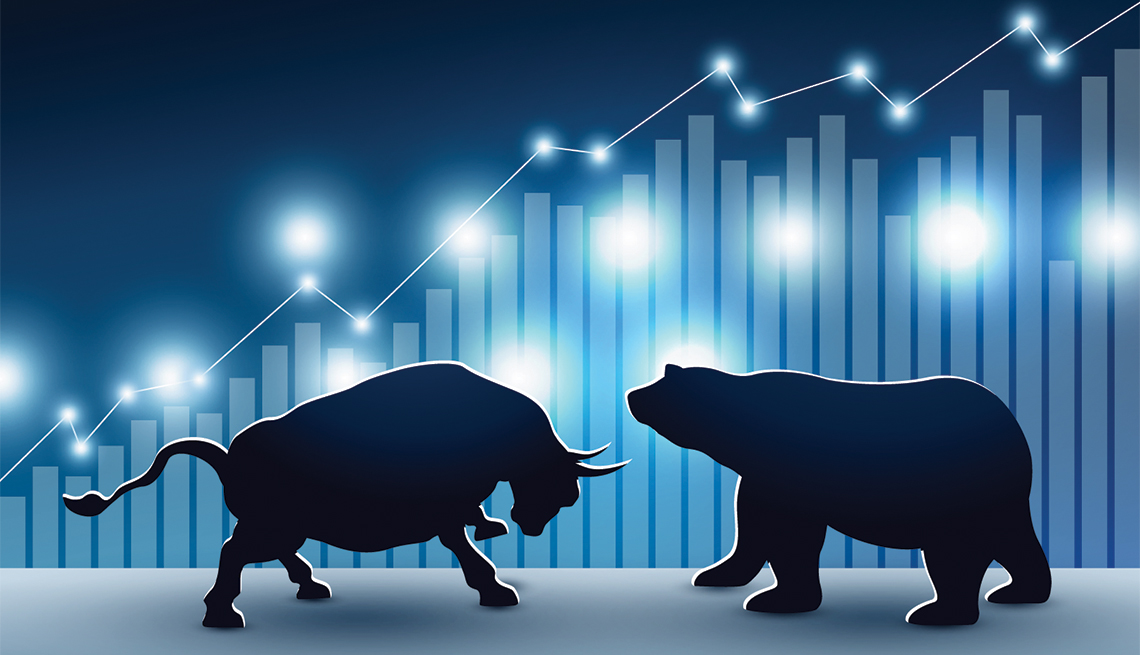 En español | In a word, yes, the stock market may keep going up. But if the fear of it going down makes your eye twitch, you should probably trim back your portfolio a bit.

If history is any guide, an above-average year in the stock and bond markets is usually followed by a pretty good one. By all accounts, 2019 was a very good year. The Standard & Poor's (S&P) 500 Index soared 31 percent, far above its average 12.9 percent gain since 1976, according to Sam Stovall, chief investment strategist for CFRA, a securities research firm. The bond market — as measured by the Bloomberg Barclays US Aggregate Bond index — rose 8.5 percent, compared with its average 7.5 percent annual return.

Taken together, the above-average returns augur reasonably good stock returns. “Using history as a guide, for it's never gospel, years in which stocks and bonds each rose by more than their 43-year averages saw the S&P 500 gain an average 14.0 percent in the following year,” Stovall writes in a recent market memo.

Typically, too, the fourth year of a president's term is usually good if the third one was, too, Stovall says. Incumbents like to go into the election with a strong economic headwind.

Other analysts are bullish, too, but the current bull market — which started in March 2009 — is already the longest on record, and that tends to make them nervous. State Street Global Advisors, for example, thinks that low interest rates should provide a healthy economic backdrop in the U.S., but fret that stock prices are high, relative to corporate earnings. Investment behemoth Vanguard expects U.S. stock markets to average a 3.5 percent to 5.5 percent annualized return over the next decade, in part because of slowing global growth and rising geopolitical uncertainty.

Analysts tend to make predictions because people ask them to, and bear markets typically start when few expect them. If you invest in the stock market, you should be aware that declines of 20 percent or more —- the typical definition of a bear market — are remarkably common. Investors have suffered through 15 bear markets since 1926. The average bear market since 1900 has clawed the Dow Jones Industrial Average for a 31.1 percent loss over 402 trading days, according to the Stock Trader's Almanac.

By and large, trying to predict a bear market is a mug's game; most people wind up buying or selling at the wrong time. And while many investors espouse the old adage that it's best to buy when there's blood in the streets, it's a lot easier said than done. Your best protection from a bear market:

Mutual funds protect you from having too much money in any one stock. They don't protect you from bear markets, when most stocks fall. Cushion the blow by spreading your holdings among U.S. stocks, foreign stocks, bonds and cash (money market funds and bank certificates of deposit [CDs]). If you're tapping your nest egg regularly to cover living expenses, try to keep several months’ worth in cash to avoid being forced to sell stocks or funds while the markets are dropping.

Make sure you have an amount in stocks that you can live with. If you have a $100,000 portfolio and $60,000 of it is in stocks, a 25 percent bear market would leave you with $45,000 in stocks — a $15,000 short-term loss. If the thought of that fills you with horror, then reduce the amount of money in stocks to your comfort level. Otherwise, you'll panic when the market slides and risk selling at the wrong time.

If you've set a target allocation to stocks in your portfolio, you'll need to rebalance it from time to time. Say you want to have 60 percent of your portfolio in stocks, and 40 percent in bonds. If the stock market falls 25 percent, you'll have to sell some of your bonds and buy stocks. Most likely, you'll be buying lower and selling higher. It's harder than you'd think, but it's worth it in the long run.

Sooner or later, the great bull market will end, and most people won't expect it. If you're properly diversified and have an amount in stocks that doesn't terrify you, you should be fine in 2020 and beyond.

AARP Money Map is a guide to manage unanticipated expenses

More on Investing for Retirement