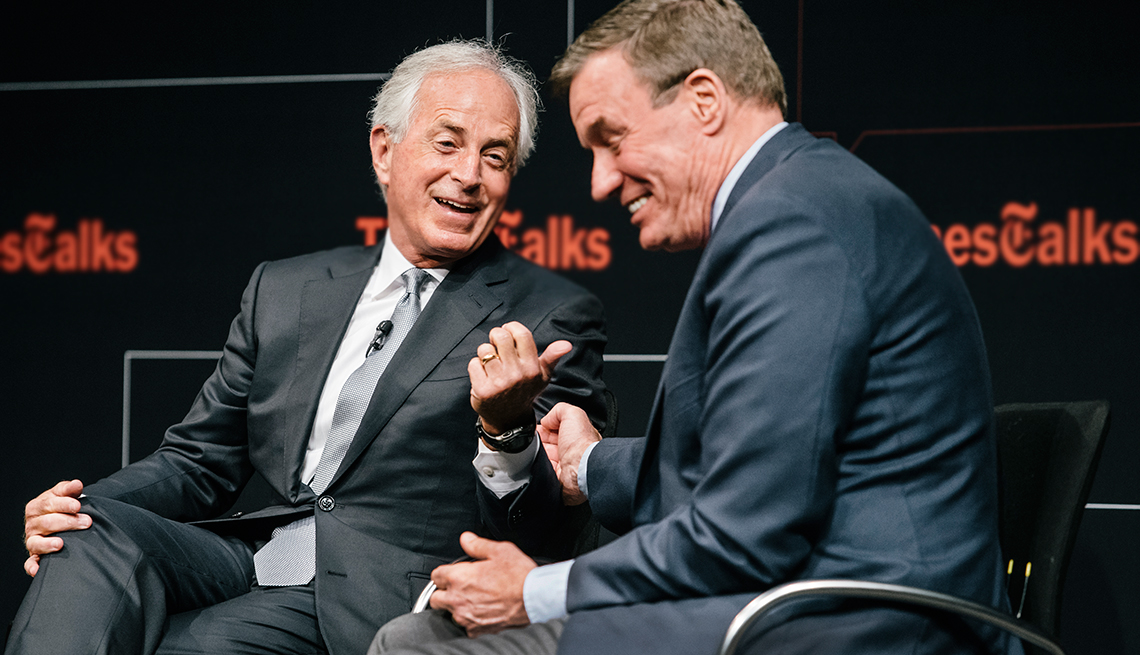 En español | An astounding 75 percent of Americans believe that incivility has risen to crisis levels, a recent national survey reported. It’s time to reverse the trend. As we enter the New Year, let’s all work to usher in a new era of civil discourse, bipartisanship, cooperation and compromise to address the big issues facing our nation.

Republicans and Democrats have always had their philosophical differences and always will. That’s what defines them as political parties. But historically, our nation’s leaders have come together to cooperate and compromise to enact policies that have changed our lives and made America a stronger nation.

While we try to stay focused on the important issues facing our country, and especially to people 50 and older — such as health care, prescription drug prices, financial security, jobs, taxes, caregiving and making communities more livable — the toxic environment in Washington makes progress difficult. One has to wonder if groundbreaking legislative achievements are still possible in a fractured Congress and politically divided America.

Join me in the discussion about civility on Twitter, @JoAnn_Jenkins

To address this question, AARP and the New York Times recently cosponsored a moderated conversation between Sens. Bob Corker (R-Tenn.) and Mark Warner (D-Va.) called “TimesTalksDC: Bipartisanship — A Lost Art?” The senators concluded that bipartisanship is essential to forging and passing legislation that withstands the test of time. As Warner said, “You can’t do big things in this country without having buy-in from both parties.”

Both agreed that the divisions in this country are exacerbated by the fact that so many people get their news from only one source — and sources that have differing viewpoints often don’t even share a common set of facts — which makes it difficult to have a meaningful discussion and debate. The two senators also agreed that this is not good for the country. Corker said it well: “The governing model of dividing your country to solidify your base is just not one I can adhere to.”

The solution, they said, begins with changing the tone. Not only are the two parties divided, but there is division within the parties. And with so many people not achieving the standard of living they envisioned for themselves, the extremists in each party are grabbing the attention. The parties must address that chasm to find common ground to have a productive debate.

Restoring civility to public discourse begins with each of us individually: how we talk to and relate to one another, taking the extra step to understand why a person believes differently than we do, and being able to disagree with one another while still respecting the other person.

It begins with each of us setting a good example by practicing civility in our personal lives. If we can do that, maybe we can change the tone and restore civility not only to Washington, but also across our great nation.