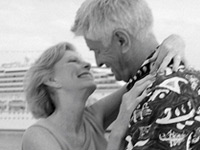 Q. I am age 58 and retired. I understand the new reform law helps employers offer health care coverage to their early retirees. What do I need to do to get this coverage?

A. You can’t do anything yourself. It’s up to your former employer to decide whether to apply to the new program, and only employers who already provide health insurance to early retirees can do so.

The new health care law made $5 billion available for what’s called the Early Retirees Reinsurance Program. The money is to help employers pay the cost of health insurance for their retirees who are age 55 and older, until they qualify for Medicare at 65—or until 2014, when the health care reform law fully takes effect. Private and public employers of any size and union-sponsored health plans are eligible to apply right now.

The federal government reimburses these plans, and the money must be used to lower the health care costs of either the employee or the employer.

The program is expected to help about 2 million early retirees, says Jessica Santillo, a spokeswoman for the Department of Health and Human Services (HHS). The idea is to encourage employers to continue offering coverage for retirees and to stem a national trend away from this benefit. Since 1993, the percentage of large employers offering health insurance to retirees ages 55 to 64 has fallen from 46 percent to 28 percent, says Paul Fronstin at the Employee Benefit Research Institute in Washington, D.C.

Employers can get an application and other details at this federal government website. But if they are interested they should apply as soon as possible. Because there is a limited amount of money, federal officials say, reimbursements will be paid as claims are received, until the state health insurance exchanges open Jan. 1, 2014, or until the money runs out.

There has already been “a tremendous response” since employers began applying for the money in June, says Jay Angoff, who heads the Office of Consumer Information and Insurance Oversight at HHS.

What if my former employer doesn’t offer retiree health insurance?

Then you can’t benefit from this program. But there’s another option under the new law that may help. Until now, while waiting to join Medicare, many early retirees have found they could not afford the high costs of individual policies, especially if they have preexisting health conditions.

Now, if you have been denied coverage because of preexisting medical problems and have been without insurance for at least six months, you may be able to get it through the law’s new Pre-Existing Conditions Insurance Plan. For information on eligibility and to apply, go to the federal government’s health care reform website, which gives details of the program in your state.

Both the preexisting insurance plan and the early retirees reinsurance program will run only until the end of 2013. On Jan. 1, 2014, anybody without health insurance will be able to buy coverage through state insurance exchanges. And insurance companies will be prohibited from denying people coverage because of their health or past medical history.