The 1946 to '64 postwar craze for making babies created a generation that has been famously changing America for 60 years. But one part of the baby boom, the part born in the early 1960s, remains quietly obscure. These boomers came along too late to join civil rights marches, fight or protest the Vietnam War, exercise their flower power, build geodesic domes out of peach crates, or even feel terrible when the Beatles broke up. There are 21 million of them. They make up more than a quarter of the 76 million-strong baby boom. The youngest will be 50 this December. 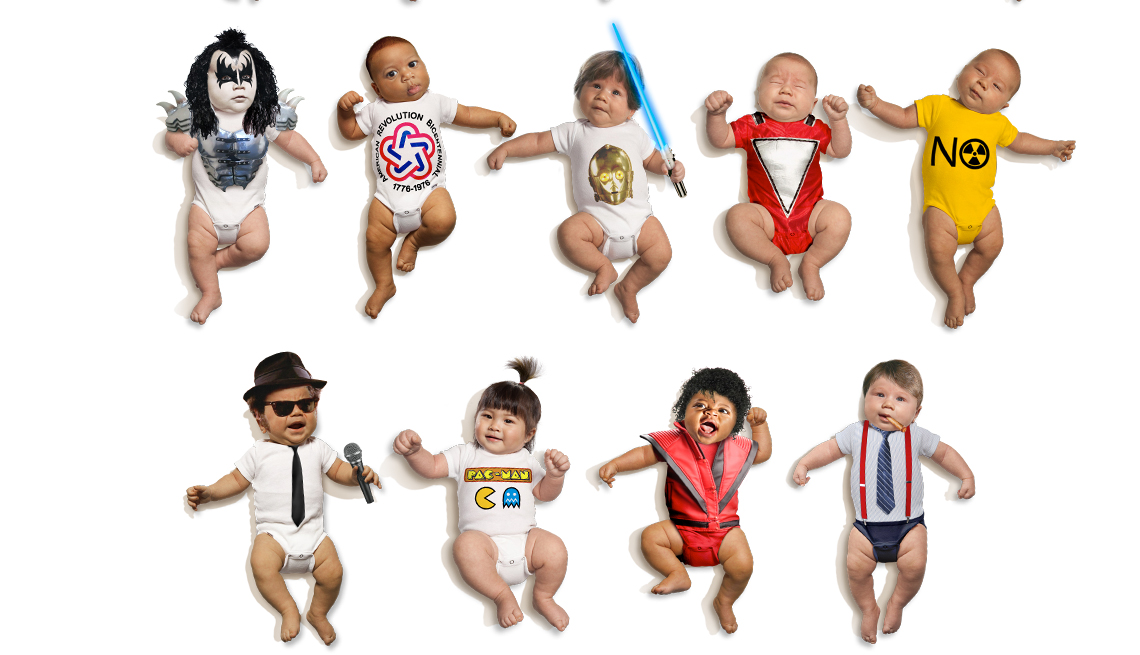 The last boomers came of age in the late 1970s and early 1980s. Their cultural touchstones included KISS, Michael Jackson, Star Wars and The Blues Brothers.

Who are these people? Are they boomers at all? What's it like being part of an iconic generation and missing that generation's iconic experiences? Do the Last Boomers feel as if they're at the end of the high school cafeteria line with nothing left but cold pizza muffins?

Don't ask me — I was born in 1947 and experienced full boomer immersion. I was a champion lab rat in drug experimentation, a Paul Revere (more talk than action) in the sexual revolution, and had hair so long it got caught in my VW Bug's fan belt and I almost died from head impact with psychedelic fender art. These youngsters turning 50 are a mystery to me.

So I turned to science for answers. Five years ago, on the 40th anniversary of Woodstock, the Pew Research Center conducted polls on "generation gaps." Pew's data is sorted by age brackets that blur the generations (16 to 29, 30 to 49, 50 to 64, and 65-plus). The Late Boomers, then 45 to 49, got lumped with the flannel-wearing Nirvana fans in Generation X.

It's possible I'm expecting more generational differences between Early Boomers and Late Boomers (and Xers) than really exist. All claimed rock music as their favorite genre. Older boomers were a bit more likely than young boomers and Gen Xers to know what Woodstock was (85 versus 71 percent). When asked for their favorite performers, the two midlife age groups agreed on a startling eight out of 10. The Beatles dropped only from first to third. The Eagles, incomprehensibly, got more popular, rising from second to first.

One curious side note: 75 percent of Republicans knew what Woodstock was, but only 66 percent of Democrats did. It's one of those pieces of information that make you wonder if you know anything.

Science wasn't telling me much. So I found a few Late Boomers and asked them: Do you feel like part of the baby boom? And what does being a boomer feel like?

Robin's mother is a boomer, too. It must be hard to identify with the youthquake when your mom is in it. She'd married in high school, but the school made her leave when she got pregnant. "Mom got her GED and tried going to college several times," Robin says, "but with kids to raise, it was too hard."

Later, Robin, too, got married and pregnant in high school, which doesn't seem like a very baby boom thing to do. But times had changed since her mother's experience: Robin stayed in school and went on to get a B.A., an M.S. and an Ed.D. She's now a school administrator. Along the way, she also had "a herd of children" — seven, to be exact.

Robin is full of mixed feelings about boomers. "It was the beginning of a much more individualistic, much less collective society," she says. But then she praises the boomers' "balance between individualism and community." She also volunteers an unimpeachable boomer bona fide: Her current fiancé was at Woodstock when he was 17. "Now he's a state trooper."

Join AARP Today — Savings, resources and news for your well-being

Clearly, Late Boomers are a complex species. I called another person with a December 31, 1964, birthday — Shannon Borg, a poet, author and wine writer living in the San Juan Islands, north of Seattle. "I grew up as the youngest boomer," she writes, "in a house full of them." (Being a writer, she prefers to answer via email.) According to Shannon, boomers "took much of the promise of post-WWII Earth and frittered it away around the world." But she also credits them for making "a totally new paradigm for what it is to be an American."

Baby boom — good or evil? Shannon won't play that game; she resists my efforts to pin down her generational allegiances: "What polarizes us is the labeling and categorizing into increasingly small boxes. Us against them. Right versus left. This generation versus that. It makes good journalism, but bad politics."

My next call was to a man in the Midwest, born at 11:29 p.m. on that December 31. I'll call him Max. He didn't want his name used, and can't fathom why I'm doing a story on the Last Boomers. "I don't think it has much meaning." I press him. "People my age don't think about it much." Didn't the baby boom have any impact? He allows that he remembers a little of the "feeling of the '60s." Which was? "Anything goes." Max went into the military.

In the late 1960s, there was indeed a short period of anything goes. Then everything went. Now it's the Republicans who remember Woodstock. And yet, the world is inarguably a very different place from what it was when the Greatest Generation ran it, and the Last Boomers are part of that transformation — even if they prefer not to admit it.

Finally, I reached out to a man who has a strong claim to being the very last Last Boomer. He was born minutes before midnight in America's westernmost time zone. But all attempts to contact him — by phone, email and social media — were met with gnomic silence.

So I stalked him on Facebook. I'll call him Ace, after Ace Frehley, ex-guitarist in Kiss. This Ace is a heavy metal drummer, and Kiss is his favorite band. I found an album recorded by our Ace's band in the late 1990s. It was weightily heavy and metallically metal. But Ace's Facebook presence is modest — tributes to other bands, snapshots from his relationship with an attractive woman, pictures of cats.

A lover of loud music leading a quiet and kitty-filled life, a performer in an exhibitionist genre who skips an opportunity to exhibit himself — perhaps Ace, whoever he is, embodies the contradictions of the Last Boomers. They're like the quiet youngest child in a big family of loudmouth older siblings. They grew up in the baby boom universe and take it for granted. They may not know that there was ever another cosmos.

Now imagine dropping a Last Boomer into the Greatest Generation galaxy, the one those big siblings saw. Where it's considered innately hilarious on TV to be black (The Amos 'n Andy Show) or gay (Percy Dovetonsils on The Ernie Kovacs Show) or a woman who doesn't want to stay home (I Love Lucy). Where Masters and Johnson just discovered sex, cigarettes are aerobic and spanking is sanctioned at home, school and — if patting secretary derrieres counts — office. It was a veritable hellscape of inappropriate behavior and wrongheaded social norms. And the older boomers destroyed it utterly.

Let's look at one more Last Boomer. Barack Obama, born on August 4, 1961, is among the "first of the last." He had fun, then got serious. He had ideals and — agree with the ideals or not — still has them. He works steadily and (for a politician) quietly to achieve his goals, unlike some older boomers (me) who preferred to just make idealistic noise. He's got that boomer charisma, but he's a little aloof. It's very hard to imagine him at Woodstock. But I bet he at least knows what it was.

Humorist P.J. O'Rourke's latest book is The Baby Boom: How It Got That Way (And It Wasn't My Fault) (And I'll Never Do It Again).