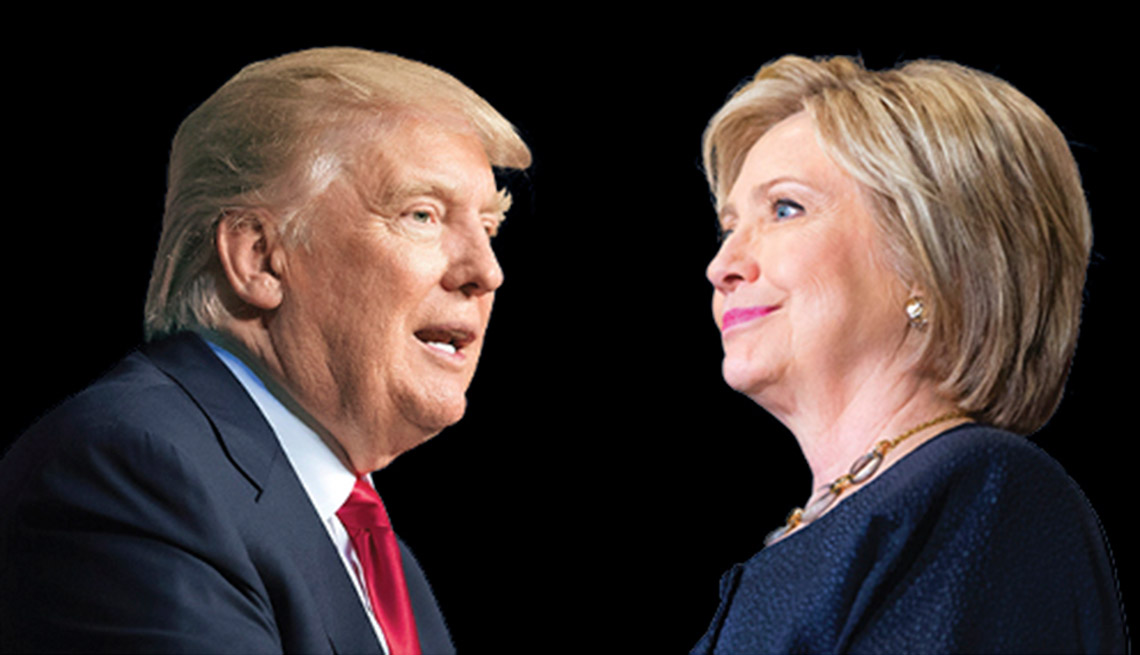 En español | Earlier this year, we invited the candidates for president to tell us their positions on Social Security. On behalf of our readers and members, we asked for detailed responses in writing, but limited to 600 words. What will the candidate do to make Social Security financially sound for future generations? And what specific plans does the candidate have to ensure that Social Security will meet the needs of future retirees? The following responses, provided by the campaigns in their chosen style, were edited slightly and appear in alphabetical order.

Republicans are using scare tactics about the future and effectiveness of Social Security to push through policies that would jeopardize it. The real threat to Social Security is Republican attempts to undermine the bedrock of the system. Hillary believes that Social Security must remain what it has always been: a rock-solid benefit that seniors can always count on—not subject to the budget whims of Congress or to the fluctuations of the stock market. She fought Republican efforts to undermine Social Security when she was a senator and will fight them as president. As president, she would: 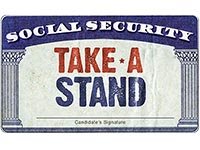 In short, Hillary will ask the most fortunate to pay more so we can expand Social Security, and preserve its guarantee for generations to come.

The key to preserving Social Security and other programs that benefit AARP members is to have an economy that is robust and growing. For too long Americans have had a great deal of uncertainty in their lives, and the reforms I will bring to D.C. will remove that uncertainty and will restore confidence in the American economy. First, I will work with Congress to pass and implement a comprehensive tax-reform plan. Aside from dramatically streamlining personal income tax by removing carve-outs for special interests and reducing the number of brackets, we will also seek to eliminate the alternative minimum tax and the death tax. The centerpiece of our tax-reform efforts will be on the corporate side, where we will lower the rate to 15 percent, allow repatriation of offshore capital at 10 percent, stop taxing returned earnings from overseas that have already been taxed, and allow 100 percent expensing for businesses. These reforms will apply to all business enterprises, not just the largest corporate giants.

Tax reform, however, will not be enough. We will need to renegotiate trade deals and impose budget discipline so that we can stop this reckless behavior that continues to increase our debt. We will move to repeal Dodd-Frank and the Affordable Care Act so as to bring market forces to bear that will increase competition and lower costs to consumers.

We will finally mount a campaign to attack fraud, waste and abuse in the government and will examine reducing the size of the federal workforce. We are spending too much money on enterprises that are of little added value in the lives of Americans.

Immigration reform will also allow us to save hundreds of billions of dollars a year in education, health care and public safety costs, while at the same time we will be increasing our security and lowering the threat of drugs in our society.

All of these initiatives are interrelated and will only be effective if we gain bipartisan support for initiatives that will benefit Americans of all ages and stations in life. If we are able to grow the economy, increase the tax base, bring capital and jobs back to the United States and encourage foreign direct investment, we will shore up our entitlement programs for the time being.

As was stated above, I will work with Congress to ensure we have a pro-growth agenda in place. If we are able to sustain growth rates in GDP that we had as a result of the Kennedy and Reagan tax reforms, we will be able to secure Social Security for the future. As our demography changes, a prudent administration would begin to examine what changes might be necessary for future generations. Our goal is to keep the promises made to Americans through our Social Security program.