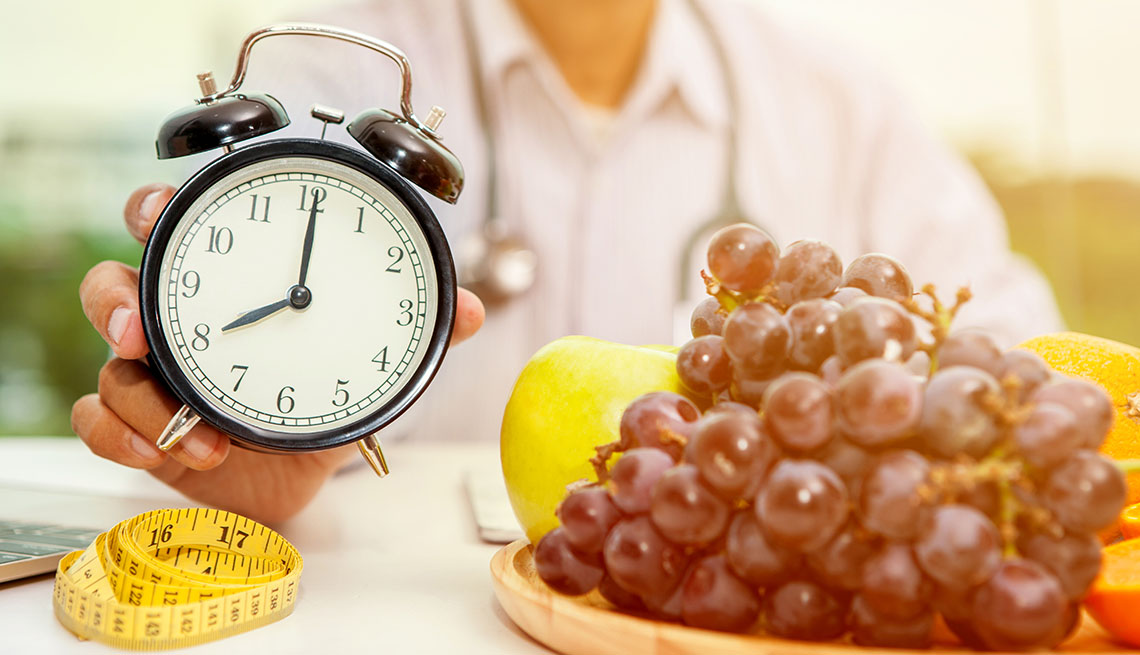 En español | If the soaring numbers of expanding waistlines mean we need weight-loss strategies, like, yesterday, the plus side is that scientists are finally gaining a more nuanced understanding of why we put on pounds and how we might more easily shed them. Here are a few of the standout findings and breakthroughs from the past year — and what they might mean to your own efforts to keep off the pounds.

Weight creep may have metabolic causes

Maintaining a healthy weight does get harder as you age, even if your diet and exercise regime remain the same. While you may have known this from experience, it's only very recently that science has been able to back up this fact. The culprit in later-in-life weight creep, according to new research from Sweden's renowned medical center the Karolinska Institute, is the age-related slowdown in lipids (fats) removal and storage. The newly released 13-year study found that those who didn't compensate for this natural slowdown by eating fewer calories had about a 20 percent increase in body weight over the period studied. Prior research has shown that one key way to speed up the lipid turnover in fat tissue is exercise. Experts say this new research further supports that notion, which means that more cutting-edge science is telling you to hit the gym more often.

New science on intermittent fasting shows that this increasingly popular diet strategy works not by restricting food intake but by actually lowering appetite. Published in the journal Obesity, the study, from the Pennington Research Center, was heralded in science literature as the first to track how meal timing affects energy metabolism. But it also measured appetite-controlling hormones such as ghrelin, finding them lowered when participants stuck to a schedule that had them eating dinner around the time some might have just finished lunch.

What's at play, says internist Steven Heymsfield, director of Pennington Biomedical's metabolism-body composition department and president of the Obesity Society, is how eating earlier seems to better synch with our body clock. “There's circadian rhythms throughout the day. Certain physiological processes peak early in the day,” he says. “The study found that when people ate on the [earlier] regimen, they had metabolic processes that were much more favorable to eat less and process nutrients better.”

Not all fat is created equal. There's potentially problematic white fat, which is stored energy for later use, and then there's “good” brown fat, which really has scientists talking. “The reason brown fat is so exciting is that it's an organ whose principal role is to take calories and convert them into heat,” says internist Aaron M. Cypess, an investigator at the National Institute of Diabetes and Digestive and Kidney Diseases. “If you activate brown fat in animals, it is extremely helpful for combating obesity.”

Researchers are now focusing on how to activate this brown fat in humans (there's been some success in doing so by exposing it to cold) and figuring out exactly how it does its calorie-burning magic. In a study released this year, researchers also discovered that brown fat does more than just create calorie-busting heat. Specifically, participants who had more brown fat, as measured by a PET scan, were better able to filter and remove branched-chain amino acids (BCAAs) from their blood than subjects with less activity. BCAAs, which are found in foods and in supplement form, are essential for good health, but having too many in the blood is linked to diabetes and obesity. Experts say they could prove a useful target for weight-loss strategies of the future.

Other research in this area focuses on turning white fat into beige fat (which has calorie-burning properties that are similar to brown fat). Building on earlier work that showed that resveratrol, a compound found in fruit and wine, could be used to shape-shift these fats, Shu Wang, an associate professor in the Texas Tech Department of Nutritional Sciences, focused on what had heretofore been the hitch: getting the resveratrol to its white-fat target. Her solution: a recently unveiled nanoparticle system that encloses the resveratrol and delivers it directly into the white fat cells, transforming them into beige.

Since we have only a small amount of brown fat in our bodies, Heymsfield says he and others still need to pursue possible ways to boost it. “Could you transplant brown fat to a person? Or, could you give them a drug that would make brown fat proliferate? I think people are very interested in those questions, but that kind of research is still in a very early stage,” he says.

A safer diet capsule may be coming

In April, the U.S. Food and Drug Administration issued approval for Plenity, a stimulant-free way to decrease appetite for those with a BMI of 25 to 40, a range that includes people who aren't technically obese. Users take three capsules before lunch and one before dinner with water. Upon hitting the stomach, the capsules release thousands of particles made of things like plant-derived cellulose and citric acid. Those particles then rapidly absorb water, making you feel full. Unlike other approved appetite suppressants, Plenity isn't a drug that affects the brain, and it's technically classified by the FDA as a device. Its makers expect it to be available by prescription in 2020.

“So far that product has been relatively safe, but its effects on weight are fairly modest,” says Heymsfield of Pennington. In a double-blind placebo-controlled study funded by the drugmaker Gelesis, 59 percent of the patients who took Plenity achieved a weight loss of 5 percent; in a control group taking a placebo, 42 percent did so. But among patients with either prediabetes or type 2 diabetes (that wasn't being treated with medications), those who took Plenity were six times as likely to have lost 10 percent or more of their body weight as those who took the placebo.

Lisa Arbetter is a freelance journalist whose work has appeared in InStyle, Women’s Wear Daily, and Family Circle. She is a former editor-in-chief of Stylewatch. The cell that may unlock aging’s secrets