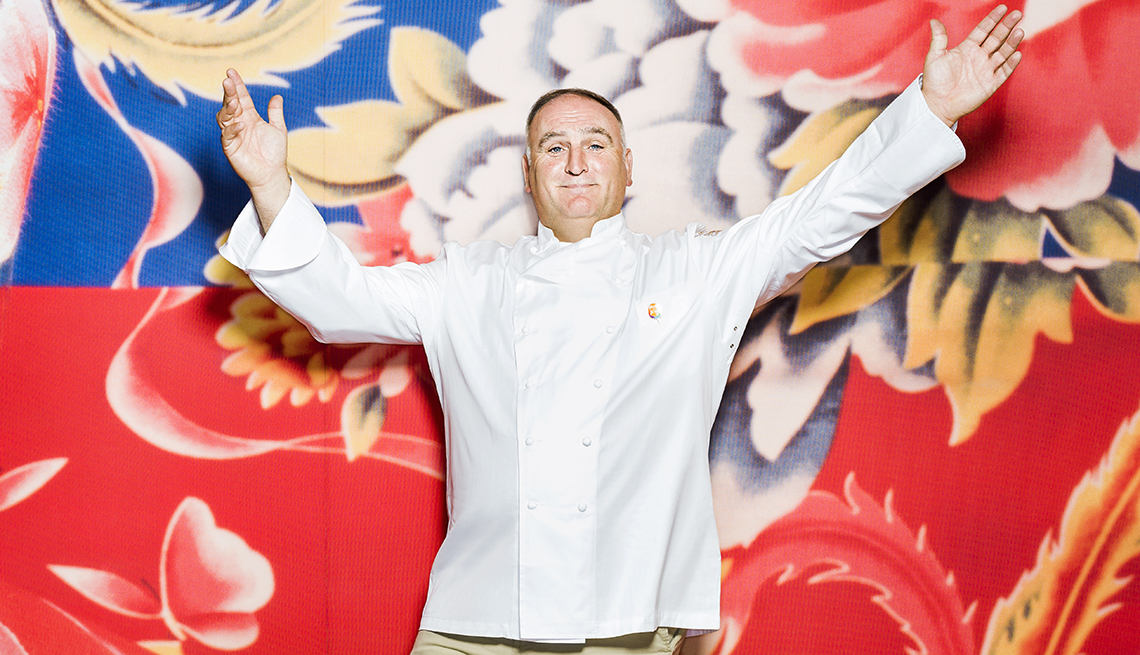 En español | The food industry is a story of immigrants. Every plate of food that we serve is a story of the many people who made that plate happen. The entire industry just could not exist without immigrants. From the first day I arrived in New York City from Spain, with my knives and $50, I had a new home in a kitchen along with immigrants from everywhere. I felt comfortable immediately.

Being an immigrant in the United States is living a dream. I have been lucky to be able to do so much more and become so much more than I could ever have imagined. And I realize it is the real American dream to be able to provide those same opportunities to others. Immigrants make up more than half the staff at my restaurants.

The day that my wife and I became citizens in 2013, the officiant told us that America expected us to bring the best of ourselves to our new home and to weave that into the American DNA. We were not just becoming citizens but active citizens, responsible for improving America — speaking up, getting involved. Dedicating myself to the American project became even more important to me that day, and has made me the best citizen I can be, working to be the best American I can be, every day.

My experience in Puerto Rico in the aftermath of Hurricane Maria was really an incredible lesson for me. It helped me understand what needs to be done to break down big problems and approach them in a smart, pragmatic way. When we arrived, my team from World Central Kitchen and I didn’t think we were going to stay for months and prepare more than 3.6 million meals. But the entire island was shut down. So, we gathered chefs, we gathered ingredients, we activated kitchens, and we got to work. And we also fed elderly people throughout the island and served meals in dozens of elderly homes.

We need to keep this country great by continuing its long tradition of being inclusive, of fighting the forces of exclusion that threaten us every day.

We must build bridges between people, and we also must build walls: the walls of new kitchens, new schools, new hospitals. If we continue to be inclusive and welcoming, we are only going to keep moving it forward, to make the America we all dream of.

Award-winning Chef José Andrés’s culinary concepts find a home in 29 restaurants located in Washington, D.C., throughout the U.S., in Mexico City and in the Bahamas. But the Spanish chef is just as well known for his charitable works as for his innovative dishes. The James Beard Foundation has honored him twice, in 2011 and 2018, as Outstanding Chef and Humanitarian of the Year. After the Haitian earthquake of 2010, the chef/owner of ThinkFoodGroup established the nonprofit World Central Kitchen to find solutions to hunger and poverty and, in 2017, in the aftermath of devastating Hurricane Maria, the organization served more than 3.6 million meals to affected Puerto Ricans. In 2018, Andrés also served thousands of Guatemalans after the eruption of the Fuego volcano. His culinary, business and humanitarian efforts continue to bring him honors. Known for his cookbooks, his newest book, We Fed an Island: The True Story of Rebuilding Puerto Rico, One Meal at a Time, breaks that mold and is scheduled for September 2018 publication. The father of three and his wife live in Maryland.