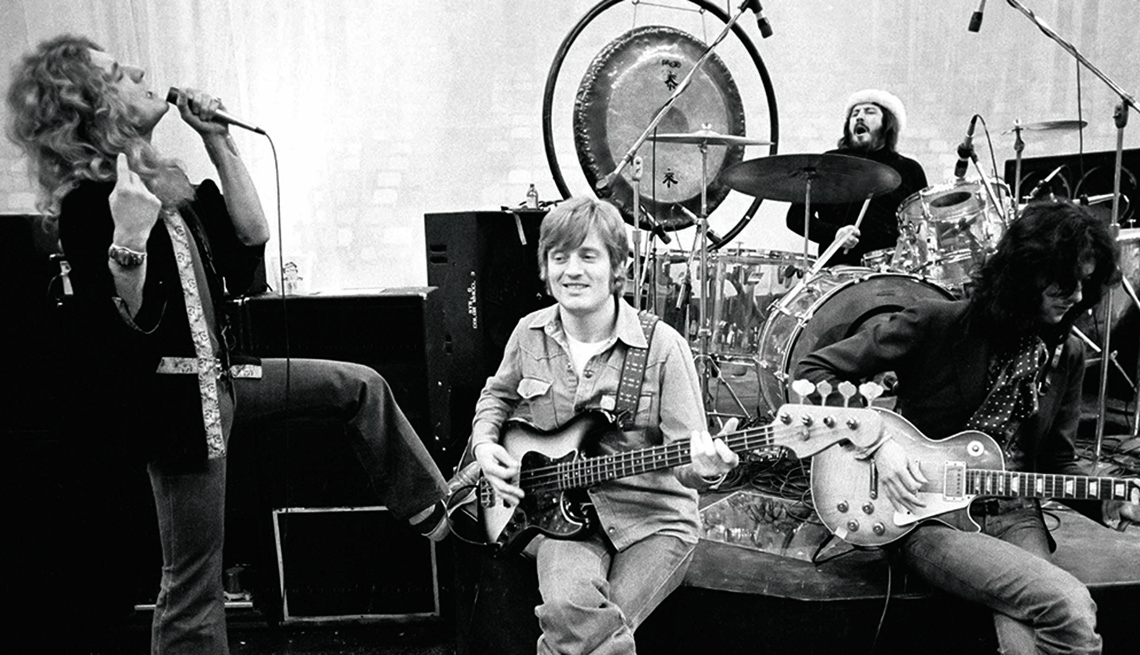 Got a whole lotta love for Led Zeppelin? Put down your headphones and grab your spectacles.

The iconic British band that broke up 38 years ago, but still ranks as the third-best-selling band in history (after the Beatles and the Eagles), is the subject of a very personal 368-page photo book (see some below) that traces the group's career from its rowdy origins to reunions decades after its demise.

Out this month, Led Zeppelin By Led Zeppelin (Reel Art Press, $70), the first photography book published in full collaboration with the band, commemorates the 50th anniversary of the foursome’s founding. It's an elaborate visual history told in 350-plus color and black-and-white photos. Singer Robert Plant, guitarist Jimmy Page, bassist John Paul Jones and drummer John Bonham are captured on and off stage, recording in studios and passing time on tour snoozing on planes and hanging at motel pools. The pictures were shot by photographers around the world and drawn from the band members’ personal collections. Many have never previously been published.

The book is a fitting salute to one of the most innovative and influential rock bands in history. Formed in 1968 after Page left the Yardbirds, Zeppelin helped pioneer and then dominated such trends as album rock, heavy metal, arena rock and debauchery. With a monstrous roar that tapped into blues, folk and psychedelia, the band owned the ’70s despite its refusal to release singles or indulge the media. Critics dismissed Led Zeppelin early on only to revise their assessments later and credit the band for creating a distinctive and powerful rock-metal sound with such classics as "Whole Lotta Love" and "Stairway to Heaven."

Take a look back at the iconic band