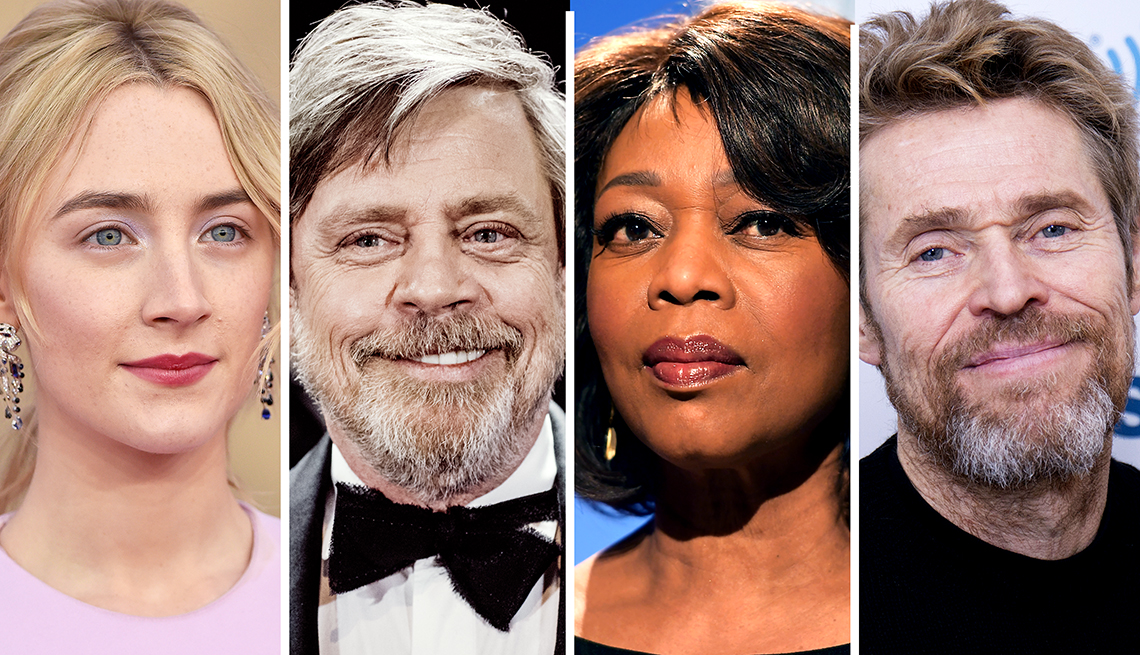 Three-time Oscar nominees Saoirse Ronan and Willem Dafoe, Golden Globe winner Alfre Woodard, Emmy winner Ben Mendelsohn and The Last Jedi’s Mark Hamill and Kelly Marie Tran are among the stars who will present AARP The Magazine’s Movies for Grownups awards Feb. 5 in Beverly Hills, Calif. Hosted by four-time Emmy nominee Alan Cumming — and honoring films with unique appeal to movie lovers with a grownup state of mind as well as the artists who make them — the 17th annual event will be televised for the first time on Feb. 23 at 9 p.m. on PBS (check your local listings), as part of the network's Great Performances series.

Two more Movies for Grownups Awards presenters have real-world connections to important films of 2017: Molly Bloom, whose astounding career in high-stakes poker is told in Aaron Sorkin’s adaptation of her best-selling memoir, Molly’s Game, and Battle of Dunkirk veteran Ken Sturdy, 97, who says Christopher Nolan’s Dunkirk made him feel "just like I was there again." Sturdy, who will wear his Royal Navy uniform bedecked with medals he earned, has some advice for all grownups: "Don't just go to the movies for entertainment. Think about it. And when you become adults, keep thinking."

Event proceeds will benefit AARP Foundation, which works to end senior poverty by building economic opportunity and social connections for vulnerable older adults in Los Angeles and across the country.

Check out the list of Movies for Grownups Award nominees.