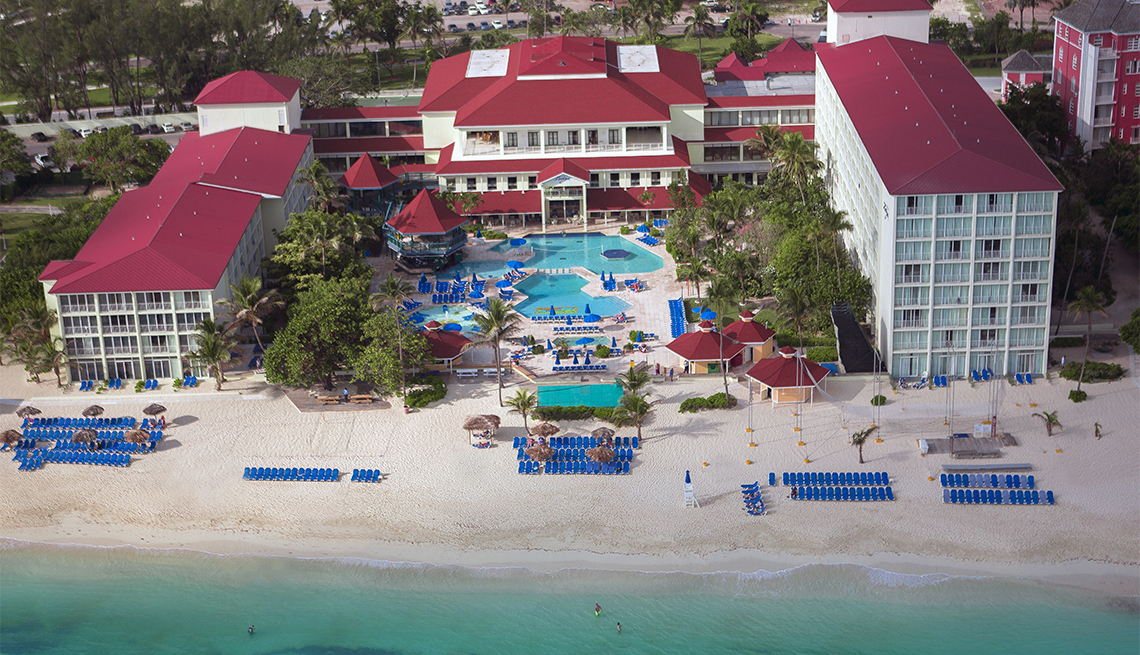 En español | It's a common occurrence after a natural disaster: The headlines scream “Devastation in Destination X,” and folks who don't know the geography of the place or details of the event react by cancelling their hotel rooms and vacationing elsewhere.

That's what happened a few weeks ago when the Bahamas was hit by Hurricane Dorian, a stunningly powerful tropical cyclone that flattened homes and businesses in the northern Bahamas. At least 50 lives have been lost, and the toll is expected to climb. Some estimates have put the damage at $7 billion. But the storm could cause further harm to the Caribbean country's economy and its citizens if tourists needlessly cancel visits to areas that were unaffected by the storm.

Ellison “Tommy” Thompson, the deputy director general of the Bahamas Ministry of Tourism, says that although the damage was severe in Great Abaco and Grand Bahama (where Freeport is located), it's critical that travelers understand that the damage occurred on a small part of the Bahamas — a chain of more than 700 islands.

"When it's reported that the Bahamas were devastated, it gives people the impression the entire country was devastated, and that's just not the case,” Thompson said.

Some potential visitors have cancelled their hotel rooms in Nassau, even though it wasn't affected by Dorian, he noted. Nassau, where you'll find some of the best-known hotel developments, including Paradise Island and the posh Baha Mar resort-and-casino complex, is 130 miles from Grand Bahama and 103 miles from Marsh Harbour on Great Abaco. Long Island in the Bahamas, home to several lovely resorts and some of the most beautiful water in the world, is 254 miles from Abaco — nearly the distance between Chicago and Detroit.

The damaged islands contain a little less than 20 percent of the available hotel rooms in the Bahamas, meaning that more than four out of five were only somewhat affected or not affected at all.

At Graycliff, a historic boutique hotel in downtown Nassau that's hosted such luminaries as Winston Churchill, “There were some tropical storms gusts on and off but there was no damage,” says spokeswoman Roberta Garzaroli.

SuperClubs hotel and resorts chairman John Issa says their Breezes Resort property in Nassau was unharmed and that it's “business as usual.” The hotel has been housing evacuees and helping collect supplies for the northern Bahamas.

In the Bahamas, half the nation's GDP comes from tourism. “Tourism is our bread and butter,” says Thompson, who adds that people in other parts of the world who'd like to help can do two things:

Donate what they can at www.bahamas.com/relief and continue visiting the Bahamas.

Just note that hurricane season in the Caribbean traditionally lasts from June 1 to November 30, so keep an eye on the weather reports.