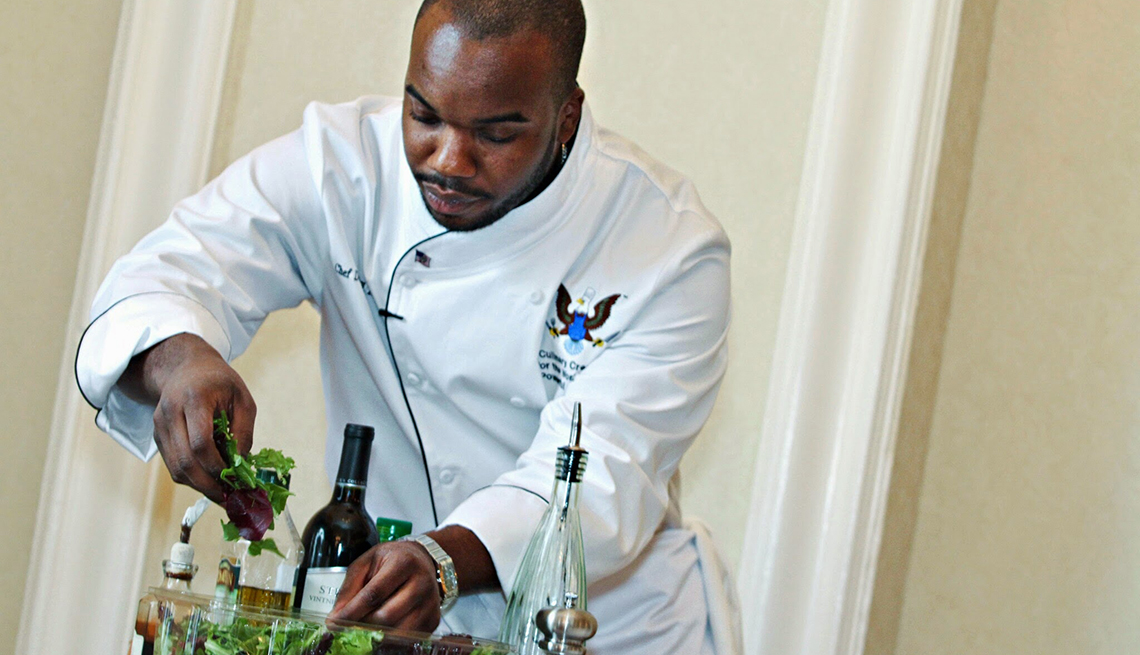 En español | When he was a seventh grader in Washington, D.C., Daniel Thomas wrote in an essay that when he grew up, he wanted to cook for the president of the United States. And he's done exactly that.

The 30-year-old chef first learned to cook from the ladies at his father's church when he was 3 years old, and he was catering dinners for clients by the time he was 17. He has cooked for members of Congress, former President Obama and Vice President Biden, as well as celebrities from Aretha Franklin to Miss America, while working as a head chef of the U.S. Senate's executive dining room and the head banquet and catering chef for the U.S. Capitol.

But the thing he's most proud of has nothing to do with politicians or other boldface names in the news. Rather, it is about helping his father avoid diabetes.

"My grandparents were borderline diabetics, and when I was in my first year of college, my dad [Weldon, now 62] was told he was borderline diabetic," says Thomas, who calls his father — now retired from the Air Force and a pastor — "my biggest role model and inspiration."

By 2006, when Thomas was accepted into the Culinary Institute of America, one of the nation's most prestigious cooking schools, his father needed to test his blood sugar level daily.

So when Thomas began studying nutrition as part of his curriculum, he started helping his father improve his diet. "He would ask me, 'Is this OK to eat? Can I eat this?' and I would make suggestions."

The changes in his father's health were dramatic: He lost four pants sizes — "no more big papa bear tummy," Thomas says with a laugh — and began walking regularly on the treadmill and swimming at the Y. "He felt so much better and had so much more energy, he went back to school and earned a doctor of ministry," Thomas adds proudly.

Best of all, his father no longer needs the daily blood sugar tests.

Thomas, who now cooks for private clients and is AARP's Healthy Living chef, says he believes that "everyone should eat like they have diabetes. It works." He offers these five easy tips for making healthier choices: