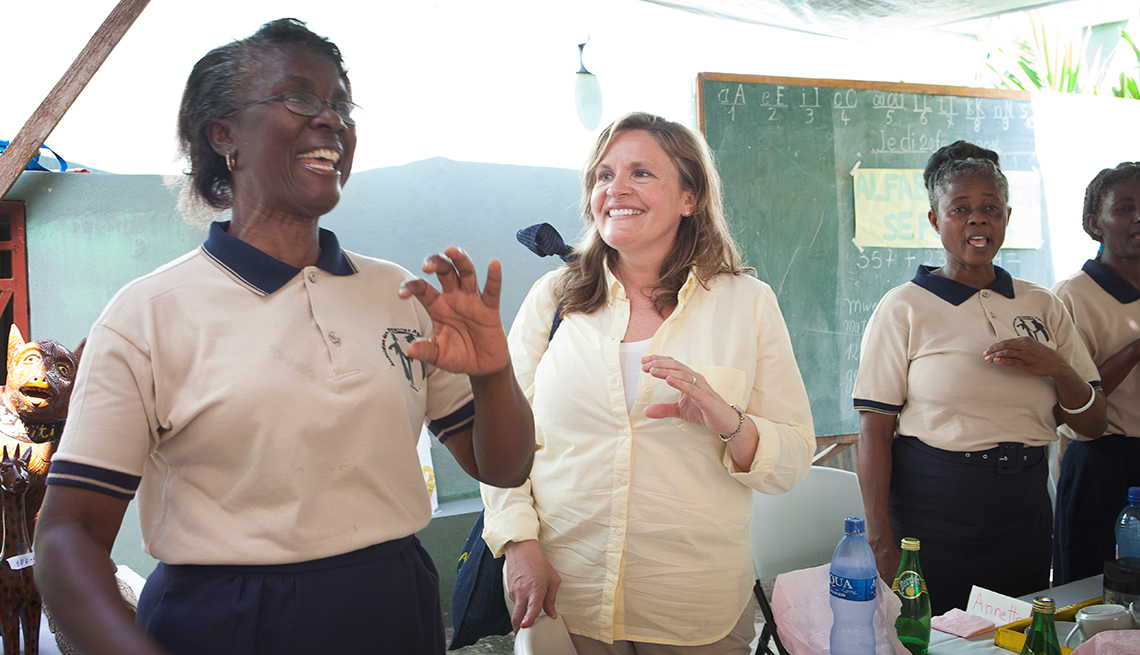 When disaster strikes, older people face unique challenges that are often neglected, if not overlooked entirely. While many organizations are set up to meet the needs of children and younger adults, they are often ill-equipped to address the distinct needs of older people. Unfortunately, seniors are too often relegated to the sidelines, their plight undermined by their age, desensitizing others to their value along the spectrum of life.

This was starkly apparent to me when I visited Haiti this past February with a delegation from AARP that included CEO A. Barry Rand and Debra Whitman, the executive vice president for Policy Strategy and International Affairs. We were there to assess the impact of the $1.5 million that AARP and AARP Foundation raised in the wake of the devastating earthquake of 2010. Some 250,000 people were killed in the event, and more than 84,000 people 60 and over were injured or left homeless. A lot of the lives lost were adults in their middle years, leaving behind grandparents to take care of orphaned children. And yet very few resources were being directed to support the recovery of these older survivors and their “new” families.

As we toured one community, I talked with a grandmother named Rosalie who put it succinctly: “We are mistreated. We are treated with contempt.”

We all felt a swelling sense of compassion when we heard those words. Because, of course, these individuals are not at all objects of contempt to us. Indeed, they are exactly the people we’d intended to reach when we issued a call for AARP members and other supporters to assist us in raising funds in the aftermath of that tragic earthquake.

I can’t tell you how gratifying it was to find that these funds were making a real difference. To begin with, we found an excellent partner for our work. The money we raised went to support the work of HelpAge International, a fantastic organization that assists older people and defends their rights around the world. Because HelpAge had opened an office in Haiti just a year before the earthquake, they were well positioned to direct support to where it would do the most good, such as establishing Older People’s Associations. These support groups established “Friends Networks” consisting of older local residents in relatively good shape who helped identify others in need. It was a demonstrable reflection of neighbors helping neighbors.

As Toby Porter, the CEO of HelpAge International, has said, “Older people were vulnerable [to disaster] but they were also a great resource…. The more you have communities taking care of themselves and identifying for you who are the most vulnerable, the better you can help in a catastrophe.”

It really is an impressive model. I was particularly moved by the story of one older gentleman who walked six miles so that he could fulfill his duties in this program as a “friend.”

It is networks like these that ensure older people are not forgotten, and fuel the fundamental work of rebuilding community. Haiti’s communities had been devastated, and I’m so glad that the money we raised was clearly helping. That’s a credit to AARP’s tremendously generous members and other supporters. But of course it’s also a credit to the resilient spirit of the older people of Haiti.

During our visit, there were two messages written on the wall of the Older People’s Association that caught my eye: “We have a voice!” and “We have rights.” You couldn’t ask for a better indication that our efforts had made — and continue to make — a difference, that we had helped make these “invisible” people more apparent. The confident spirit in those words confirmed for me that caring for and fostering connections among people in their own communities, regardless of age, are critical components for lasting recovery.