The Supreme Court opened its 2012 term Oct. 1, having agreed to consider the smallest number of cases in many years. Despite the low number of cases currently docketed, the court faces disputes with significant implications for people 50 or older. Once again, AARP Foundation Litigation has issued its Supreme Court Preview (PDF) discussing those cases impacting older people. 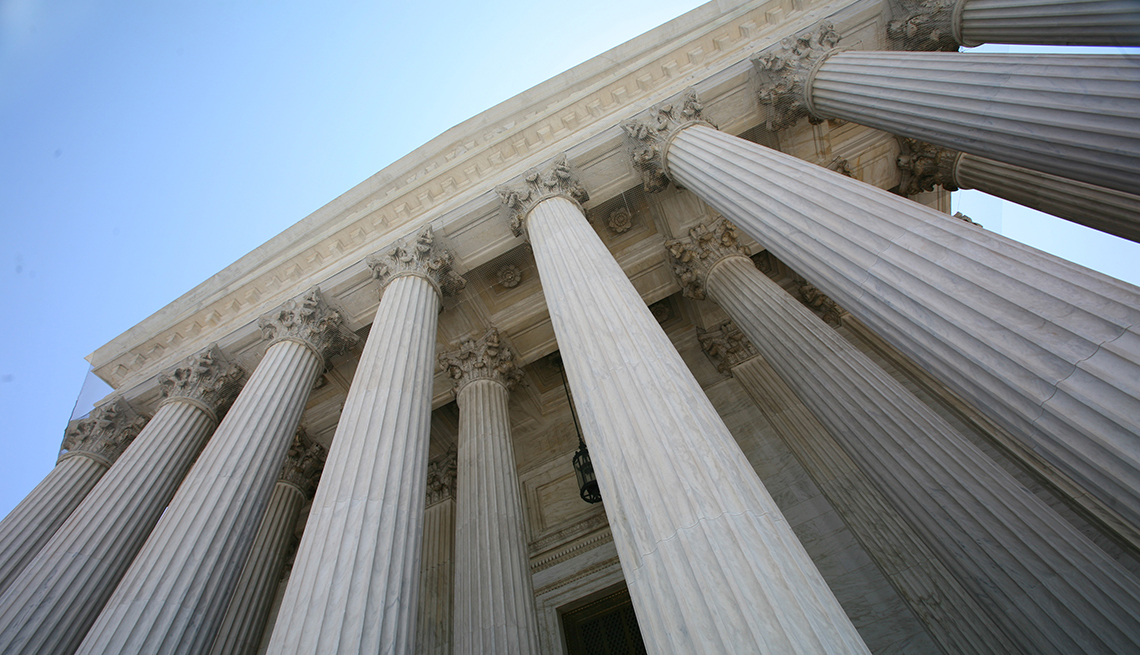 For its 2012 term, the Supreme Court granted the smallest number of petitions for certiorari in many years.

In Genesis Healthcare Corp v. Symczyk the court will consider the permissible limits on the rights of groups of employees to challenge employer practices in collective actions under the federal Fair Labor Standards Act (FLSA). Because the section of FLSA being scrutinized in Symczyk also applies to collective actions under the federal Age Discrimination in Employment Act (ADEA), the case is extremely important to older workers. The specific issue involves whether a full offer of settlement with a single named plaintiff in a collective action necessitates dismissal of the entire suit; if that view is accepted, employers will be permitted to "buy off" named plaintiffs and continue allegedly discriminatory practices unimpeded. Alternatively, the employees argue that if a named plaintiff settles early in a collective action, the pleadings should be allowed to "relate back" to before the settlement (when there was a live plaintiff, acting for others "similarly situated") once a motion to certify a collective action is filed and/or decided on behalf of the other members of the action. Collective actions are different than class actions, although both are efforts to permit large numbers of plaintiffs to accomplish together what they could not accomplish on their own. The scope and significance of this distinction will be important as the court considers the Symczyk case.

Vance v. Ball State University poses the question: "Who is a supervisor?" Vance — the only African American in the banquet and catering department at Ball State — sued the university after she was subjected, she alleges, to racial epithets, references to the Ku Klux Klan and veiled threats of physical harm. The role of a catering specialist whom Vance considered (and Ball State sometimes described) as her supervisor is the question before the court. Ball State now says the specialist was not a supervisor but had floating duties that changed frequently and sometimes placed her in supervisory roles over Vance temporarily. There is a split in the circuit courts regarding the proper legal test for determining who is a supervisor. The answer to the question has enormous implications for other employment-discrimination claims such as those based on age and disability bias.

The rights of federal employees are under scrutiny in Kloeckner v. Solis, in which an employee of the federal Department of Labor filed an administrative complaint alleging a hostile work environment and discrimination on account of age and sex, and later alleged retaliation related to her having filed the complaint in the first place. She sought to bring the case in federal court because it is a so-called "mixed case" (alleging both civil rights claims and employer misconduct under federal civil service laws). A federal trial court ruled that Kloeckner could not seek relief in the courts until her case had been decided administratively. While AARP does not anticipate filing a brief in the case, this is one worth watching.

Whether employees who receive medical benefits must repay their health plans for the total amount of the benefits regardless of the amount of the recovery they obtain from a third party is the question in US Airways v. McCutcheon. The question is whether the federal Employee Retirement Income Security Act (ERISA) — the law governing employee benefits — can permit a health plan to recover all benefits paid from the participant even if the participant has to reach into his or her pocket. AARP will argue that the law prevents both fiduciaries and beneficiaries from reaping unwarranted windfalls.

AARP plans to file a brief in a case that addresses the extent to which plaintiffs must demonstrate the merits of their claims at the class certification phase when prosecuting securities-fraud allegations in connection with transactions involving publicly traded securities. Investors challenged Amgen's omissions of disclosures and the truth of actual representations pertaining to two of the company's pharmaceutical products in Amgen v. Conn. Ret. Plans & Trust Funds. The company making the representations argued that plaintiffs must show not only that the representations upon which they relied were fraudulent, but that they were also material to the investors' claimed losses before the court can certify the action as a class action. AARP's amicus brief will argue that materiality is not a proper question at the class certification stage but rather that it is a question for later in the proceedings.

Olivea Marx filed a complaint under the federal Fair Debt Collection Practices Act (FDCPA) after General Revenue Corporation (GRC) sought to collect a student loan. Marx said she was subjected to threatening phone calls as well as a fax sent to her employer seeking information about her employment status. A trial court agreed with GRC that the fax to her employer did not violate the law. Pursuant to Federal Rules of Civil Procedure 54(d) the court ordered Marx to pay GRC's court costs. AARP's amicus brief in Marx v. Gen. Revenue Corp. argues that the FDCPA prevents the costs from being shifted to a losing FDCPA plaintiff unless the lawsuit was filed in bad faith and for the purposes of harassment.

In Comcast Corp. v. Behrend the court will look at whether class action certification can be granted without first proving class damages, as opposed to simply finding that the damages are capable of being awarded on a classwide basis. The plaintiffs challenged Comcast cable practices, claiming they are anticompetitive and raise the cost of basic cable for viewers. The U.S. Court of Appeals for the Third Circuit agreed with the district court that the plaintiffs need not prove their damages to have the class certified, because the plaintiffs proved the damages are capable of being proved on a classwide basis at trial. This case has the potential to severely limit the ability of consumers to enforce their rights, because it could make it too difficult and expensive to bring class action litigation. Class action litigation is often the only way consumers can obtain remedies for practices that cost a large number of people a small amount of money but result in billions of dollars of profits for unscrupulous companies.

Monopolistic activities are also in question in FTC v. Phoebe Putney Health Systems, which examines whether state immunity of federal antitrust laws applies when a local hospital authority buys the only competing hospital in a rural county. While AARP will not file an amicus brief in this case, it is watching the debate closely, as there is extensive evidence that hospital mergers have been shown to increase prices and reduce quality of care.

Another case that AARP is watching but will not file a brief on involves whether extending the statute of limitations is permissible for hospitals filing appeals to the Provider Reimbursement Review Board in their efforts to obtain payments statutorily due for services provided to patients under the Medicare program when, as the hospitals contend, the Centers for Medicare and Medicaid Services (CMS) failed to calculate and provide accurate reimbursements in a timely manner. The answer could have an impact on hospitals and result in the Medicare system's facing substantial liability.

Discussed above are cases the Supreme Court has agreed to hear. Still in the pipeline are cases with respect to which the court has not yet determined whether it will grant review, including those on the ADEA, Medicare reimbursement rates, pharmaceutical and medical process patents, the collective bargaining rights of Medicaid home care personal assistants, the rights of Medicaid beneficiaries and providers, standards that pension plan managers must meet in making investment decisions, disability rights, the ability to enforce fair-housing laws against facially neutral laws that have a disparate impact on a protected class, class action rights of consumers and, last but not least, voting rights. Closely watched in this hotly contested election year are cases from a number of states that have enacted restrictive voter-ID laws that threaten to disenfranchise poor, disabled and older voters.