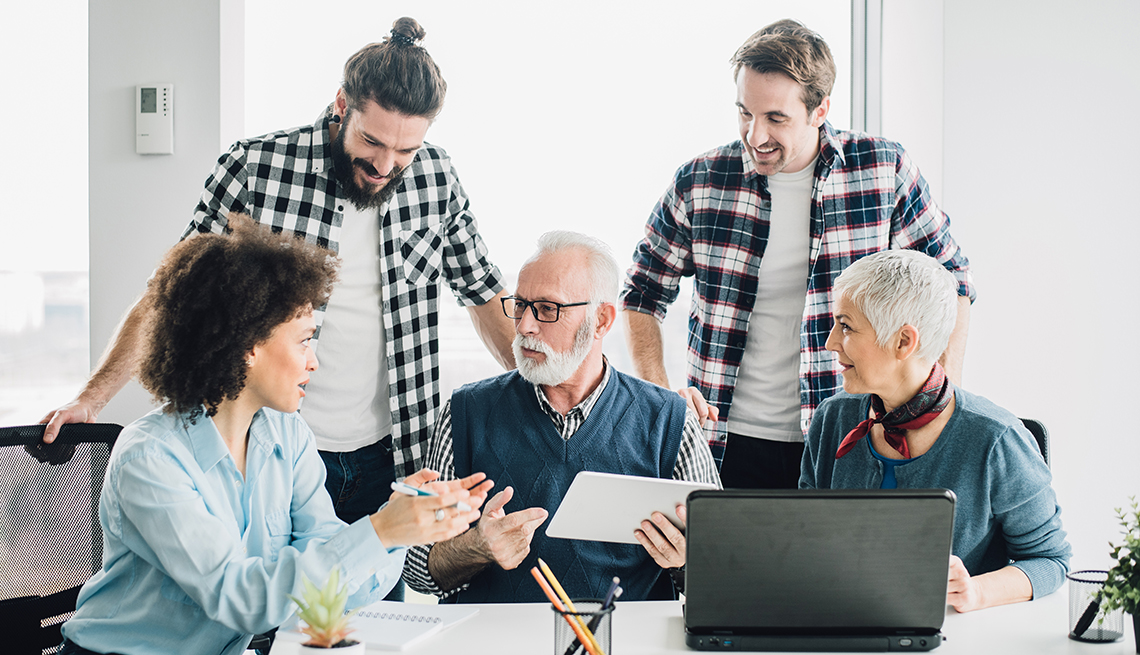 En español | With companies bracing for a wave of boomer retirements, most older workers want to continue working, but with more flexible schedules and fewer hours. They’re also willing to share their knowledge and insights to help the younger employees who replace them.

Those are among the findings of a Harris Poll study of 1,500 U.S. workers ages 54 to 72, conducted on behalf of Express Employment Professionals, an international firm that matches job seekers with employers. It found that 72 percent of those polled would like to semi-retire by working a more flexible schedule, while 58 percent would work reduced hours, even if that meant reduced benefits. Most (56 percent) would like to stay on in more of a consulting role.

Only about half of boomers (49 percent) have a specific retirement age in mind, while another 23 percent don’t know when they will retire, and 11 percent haven’t even thought about it. Nine percent aren’t planning on ever retiring, and the same proportion says they won’t ever be able to quit working.

Eighty-one percent are willing to mentor the next generation of workers. But just 57 percent say they have shared half or less of their knowledge so far with workers who eventually will take on their responsibilities.

Only 44 percent of boomers say their employers have an adequate successor in place, and 30 percent think their companies may lose client relationships when they stop working. Similarly, most think employers are dropping the ball on semiretirement options, with only 20 percent saying their companies offer such arrangements.

Express Employment Professionals CEO Bill Stoller urged companies to offer more flexibility. “If something doesn’t change, there’s going to be a big knowledge vacuum when boomers leave the workplace,” he said in a press statement.