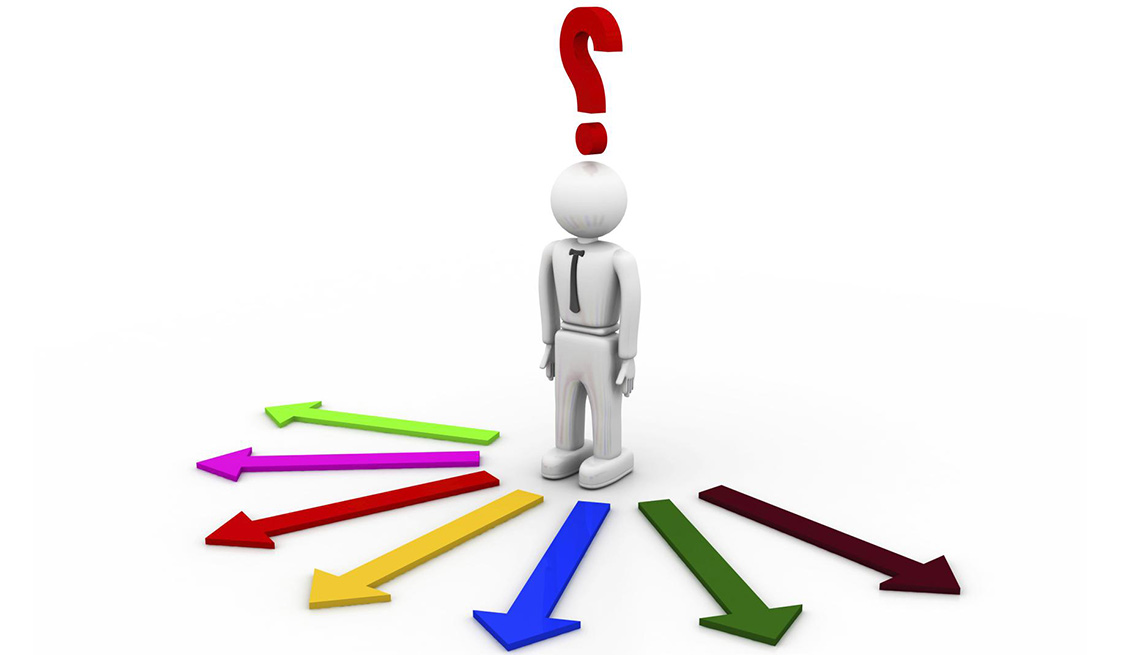 The notion that we have to choose a single career path from beginning to end is simply a myth.

Feeling stuck in your career isn't just frustrating; it can be debilitating.

But the notion that we have to choose a single career path and stick with it from beginning to end is simply a myth. Regardless of your age or experience, we all eventually hit a roadblock at some point in our lives when we need to ask ourselves: "What's next?"

Career impasses—those moments when you know you're not happy where you are, yet don't quite know what to do next—aren't just common, they're necessary, says Timothy Butler, psychotherapist and senior adviser for career development at Harvard Business School. "We build these mental models of what's important for us and what we need to do in our lives," says Butler. "These times of impasse when we've hit the wall about what we want to do [require] shattering those mental models." 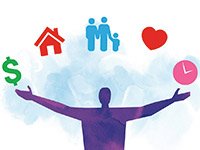 Visit Life Reimagined to rediscover what truly matters to you.

"The notion that we have to choose a single career path and stick with it from beginning to end is simply a myth."

Take a step back from your own angst, and it makes perfect sense. What mattered most to you when you were 18 or 21 most likely wasn't the same as what matters most to you at 30 and 35, not to mention 50 or 60. Right? What gives us meaning is constantly changing, which is why we inevitably come to a point when we need to break down whatever mental model we've created for ourselves and find a new approach.

Still, reaching those moments of impasse—whether you're early or far along in your career—can be overwhelming. Butler, also cofounder of CareerLeader.com and author of the book Getting Unstuck: A Guide to Discovering Your Next Career Path, has focused his life's work on researching and uncovering just what's behind those moments of impasse and how best to tackle and conquer them—finding, as he calls it, "the meaning of meaning."

Don't let your inner critic get the best of you

The first and most important step is to acknowledge that your inner critic—that mean little voice inside us all—is probably having a field day berating you for not knowing what you want to do next. This is common, says Butler. "At times of impasse, the internal critic is particularly active," he says. But resist the urge to look around and compare yourself to others in your field or age group. "That's very dangerous," says Butler. "One big message is to be easier on ourselves."

See also: Fall back in love with your job

That means if you've gone through a grueling, expensive grad school education, only to come out on the other end certain you don't want to work in the field you just earned a degree in, there's nothing wrong with that. "Gandhi went to law school," Butler likes to remind people. When you're being brutally honest with yourself about what you need, career paths aren't meant to be tidy and predictable.

The good news is that your feelings of restlessness and dissatisfaction are actually a blessing in disguise. They signal that you're learning more about yourself—what you want and don't want out of life and work—and can now start to think about what next steps to take. "Your self-awareness has changed dramatically," says Butler. "You know more about yourself and more about your interaction with the world."

Take Butler's favorite analogy: a hermit crab. "Hermit crabs are constantly changing shells as they grow bigger," he says. "If we are growing, we have to say, 'As much as we like this shell, we are going to have to throw the whole thing away.'"

Understanding the model of multiple intelligences

"Networking is useless unless you can tell people in your network exactly who you are and what has to happen for you."

According to philosopher and psychotherapist Eugene Gendlin, implicit intelligence is the felt sense of what we need and want that each of us possesses even before we can put those feelings into words. "We have a felt sense of what needs to happen next," says Butler, who draws from Gendlin's work in his own research. "That felt sense is in the body," he says. "The problem is that it's symbolic. We don't have language for it yet."

Gendlin encourages people to think beyond the patterns they've developed and grown comfortable with in their lives—in other words, the way you always tend to get stuff done—in favor of exploring new alternatives. "Logical forms and patterns are incapable of encompassing the intricacy of people and situations," Gendlin writes.

"Pie in the sky is useless," says Butler. Over the years, he's worked with students, executives, and professionals at all stages in their career to pinpoint exactly what they want and aren't getting out of their work. It's about specificity, says Butler—translating that implicit intelligence into a symbolic one through words.

Put your career criteria down on paper

Most people who are unhappy with their careers and want a change often feel the urge to jump right into looking for new opportunities—scouring job boards and asking friends about interesting opportunities they might know of. But Butler says that's starting with a tactic that should be the last step in your path, not the first. "The question that should be taken on first is: 'What really holds meaning for me?'" he says. "Not in an abstract way, but in a very nitty-gritty, concrete way."

He calls this "vision work." It boils down to simply coming up with seven to 12 sentences that capture specific criteria you want out of your career and life. "This requires work, but it's work that you can do," he says.

Be as specific as possible. For example, you might decide you need to have a lot of personal interaction with people on the job daily, that you need to live within 20 minutes of a metropolitan city, or that you need to have problem solving as a part of your daily work experience, or focus most of your time on creative projects. Coming up with those seven to 12 criteria is an important first step because it lays the foundation for what you need to look for in your next career move.

Butler and Gendlin believe we all know what we want and need to feel satisfied; we simply don't have the words to articulate it clearly to ourselves and others. That's where this exercise becomes so invaluable. "You may have a strong self sense, but for many, it's hard to sit down with that blank page," says Butler. Still, it's essential.

Look for opportunities that capture your vision

The next important step in getting unstuck is searching for opportunities that capture as much of your career criteria as possible. Think about what types of organizational cultures might offer a significant percentage of those things. These aren't questions you should be asking in a silo. "The process is not to stay at home thinking about it," says Butler. "The process is to really engage with it."

That's where networking becomes valuable—talking with colleagues, friends, mentors, former teachers, and family. "Everyone talks about networking, but networking is useless unless you can tell people in your network exactly who you are and what has to happen for you," says Butler.

"This is the stuff that is missing. This is the work people don't know about. 'Who am I and how am I different from other people?'"