En español | The satisfaction of saving lives is no small reward. That may be why nursing appeals to a sense of altruism in all of us. And the need is great, as the U.S. faces a shortage of more than 900,000 registered nurses by 2030. Older workers may be the ones taking up the slack. The average age of registered nurses at graduation is "notably higher," the U.S. Department of Health and Human Services reported in 2010.

While the pay is decent (about $51,000 a year on average for entry-level nursing majors), the four nurses profiled here were motivated by something more: "I had the feeling that I was really able to make a difference," says one of them, a former judge.

For those drawn by a desire to help others, it often doesn't take long to get qualified. More than 200 nursing schools now offer students with a college degree a fast track to graduation lasting from 12 to 18 months.

The nurses on these pages all entered the profession at an older age. Perhaps their stories can inspire you to create your own Life Reimagined. 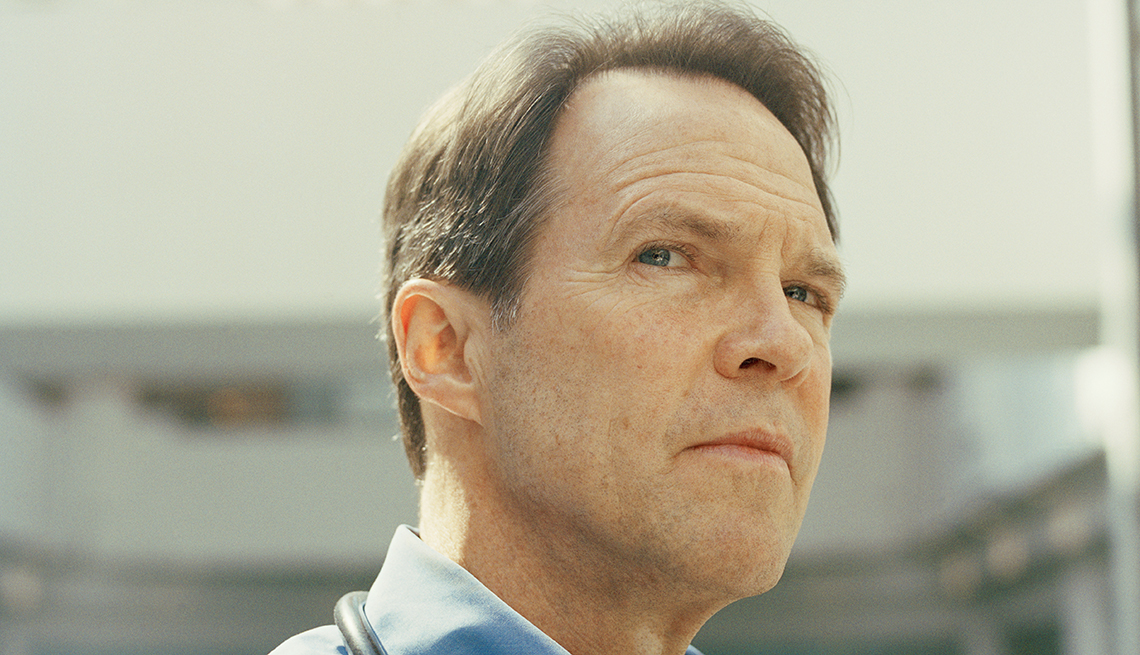 Edward Moriarty became a registered nurse in New York after the 9/11 attacks.

When the countless funerals of friends were over and the raw shock of 9/11 receded into a mournful throb, Edward Moriarty noticed that some of the retired New York Fire Department coworkers he would bump into had "the same faraway look in their eyes." That aimless stare unnerved Moriarty, who served as one the fire department's key logistics coordinators during and after the attacks. Not only did they lose a lot of friends on 9/11, he observes of some colleagues after retirement, but "all of a sudden they had lost the fire department, too."

As chief of personnel, Moriarty could have breezed into a cushy job as fire safety director for a big corporation when he retired in 2006, after 27 years in the department. But he remained committed to public service and lined up a second career in nursing. A reflective man who looks like he knows he cheated death (his boss and many of those he worked with died on 9/11), Moriarty had long admired nurses; he married one. He judges the job requirements as similar, citing the shared "rescue instinct" and ability to maintain calm in a crisis. "Gotta be focused," says Moriarty in a Brooklyn accent, "no matter the situation. Whenever you go to the fire fight, you run up six flights of stairs, with all your equipment on, your adrenaline is pumping, and you just gotta go, 'OK. Breathe. Bring it down.' "

Moriarty, who attended nursing school on nights and weekends while at the fire department, trained in hospitals but prefers treating people in their homes. He likens visiting nurses to invited guests. "When you are dealing with somebody in the hospital, that is one type of nursing," he says. "But when you go into somebody's home, it is another story, because it is their home and their rules."

Now a specialist in caring for wounds, Moriarty values the relationships he develops with his regulars. "That is the beauty of home care. You really get to know the patient."

Nursing would actually have helped him as a firefighter, since he now has a better understanding of "the human experience," he says. As firefighters, "we took care of [emergencies] and we did the best that we could, but then we walked away," Moriarty says. "When I was [working] in hospice, I would see family members after their father or their spouse had died, and they would come up to me as if I was their best friend. So that is a totally different experience." 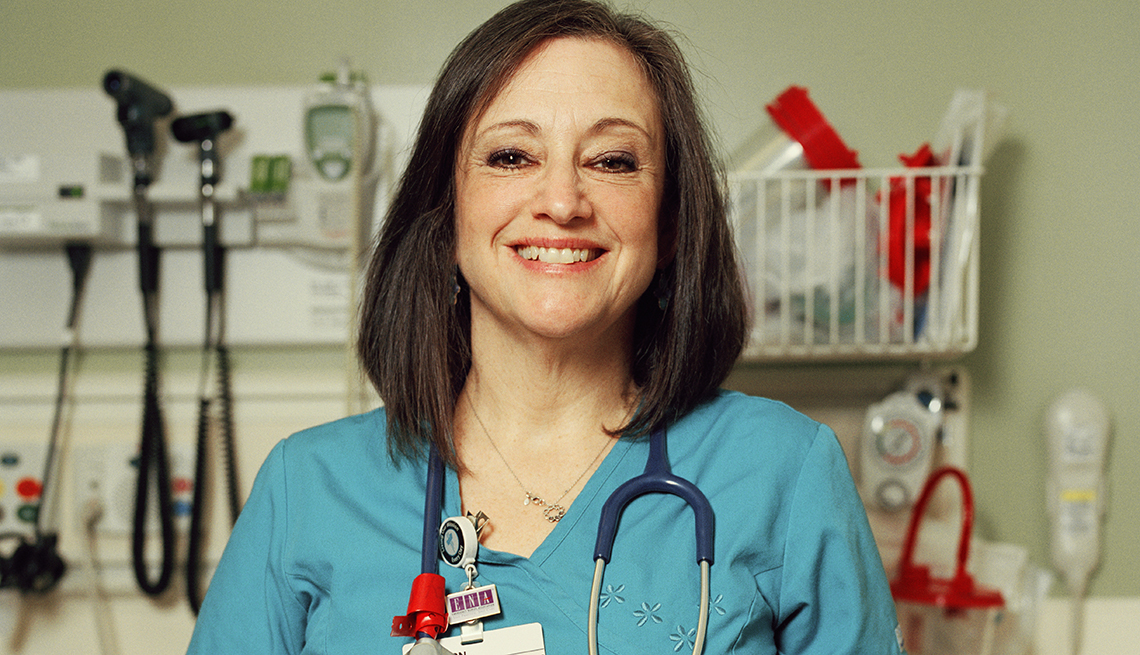 The environment at the struggling newspaper disheartened the longtime reporter, a self-deprecating woman with long brown hair who looks and sounds a bit like Valerie Harper during her days as Rhoda.

By 2008, "I was unhappy," she says. Editors discouraged her from projects like her acclaimed 2002 series about heroin use in a town near Hartford. That investigation planted the seeds of Fox's nursing career.

Not long after one of the addicts Fox had followed around died of a blood-borne infection, his girlfriend, also a junkie, started burning with fever and "coughing up god-awful black tar," recalls Fox, who says her "mama-meter" went off. She knew that the young addict needed immediate care. She asked the Courant's photographer, "Are we just going to document this or are we going to go get her help?"

Fox coaxed the woman, who suffered from the same infection that killed her boyfriend, to visit an ER, which likely saved her life. But her bosses scolded her for not maintaining a professional distance. "I wasn't going to watch this young girl die," Fox says.

In 2008, after witnessing nurses care for her ill mother and daughter, Fox finally accepted a buyout. She now works in Saint Francis Hospital and Medical Center, and says a typical day in journalism is "a cakewalk" by comparison. She points out that she can no longer rely on corrections to fix mistakes.

Fox occasionally patches up perps in the ER, yet few patients give her trouble. She believes there is a reason for that: Nurses are held in higher esteem than journalists. "I now get much more respect from my nursing badge," she says, clutching a photo ID on her belt, "than I ever did from my press [pass]." 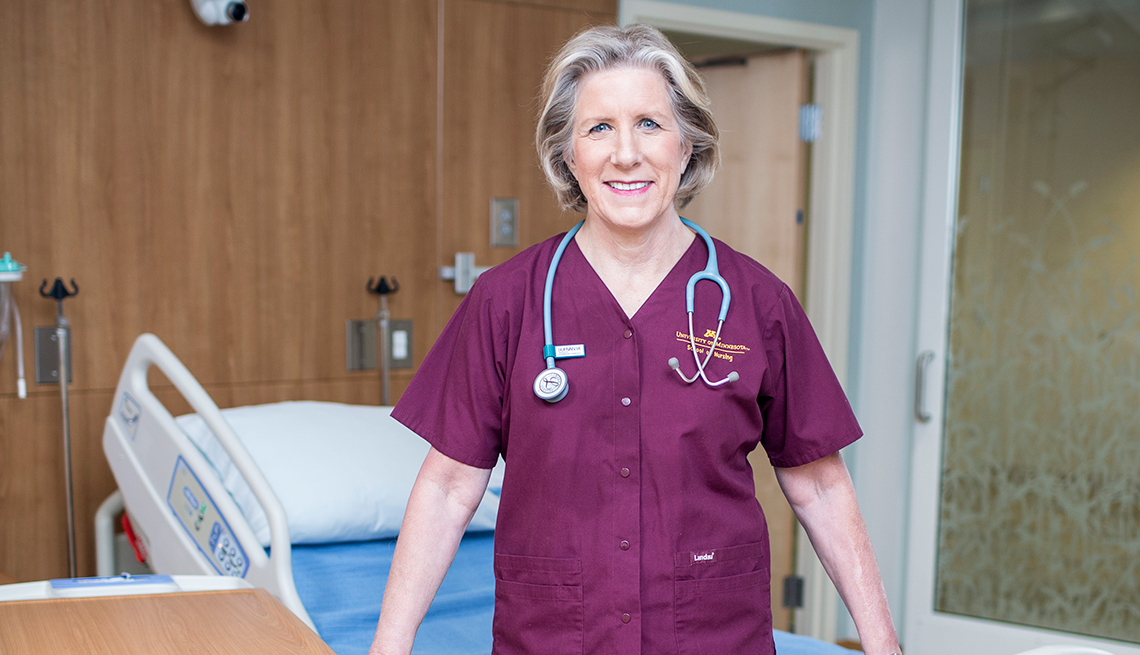 Retired judge Sheryl A. Ramstad completed her master's in nursing and is entering a doctoral nursing program.

Sheryl A. Ramstad learned about the value of nurses the hard way. In 1979, at age 29, she was training to be a pilot when the engine of her Piper Tomahawk sputtered and quit and the plane dropped "like a lead balloon," she recalls. Ramstad suffered serious burns and nearly lost her right hand. "It was burned down to the bone," she says.

In the burn unit at St. Paul-Ramsey Medical Center, Ramstad struggled to live. She developed an infection that required a six-hour surgery. "My chances of surviving were probably 10 percent," she says.

During her long convalescence, a photo by her bed showed her jogging. Ramstad remembers the challenge a nurse issued: In two years, you'll be running a marathon. Ramstad completed the race two years later with a time of 3 hours, 53 minutes.

Ramstad, who recently retired as a judge, got her master's in nursing last year and will soon enter a doctoral nursing program. For Ramstad, a critical duty for nurses is motivating patients to look "beyond the injuries."

During training, she met a woman who was unable to look at her own burned hand. One evening, Ramstad revealed her scars to the patient and "talked about what I had to do to get movement back." The patient responded. "I had the feeling," Ramstad says, "that I was really able to make a difference." 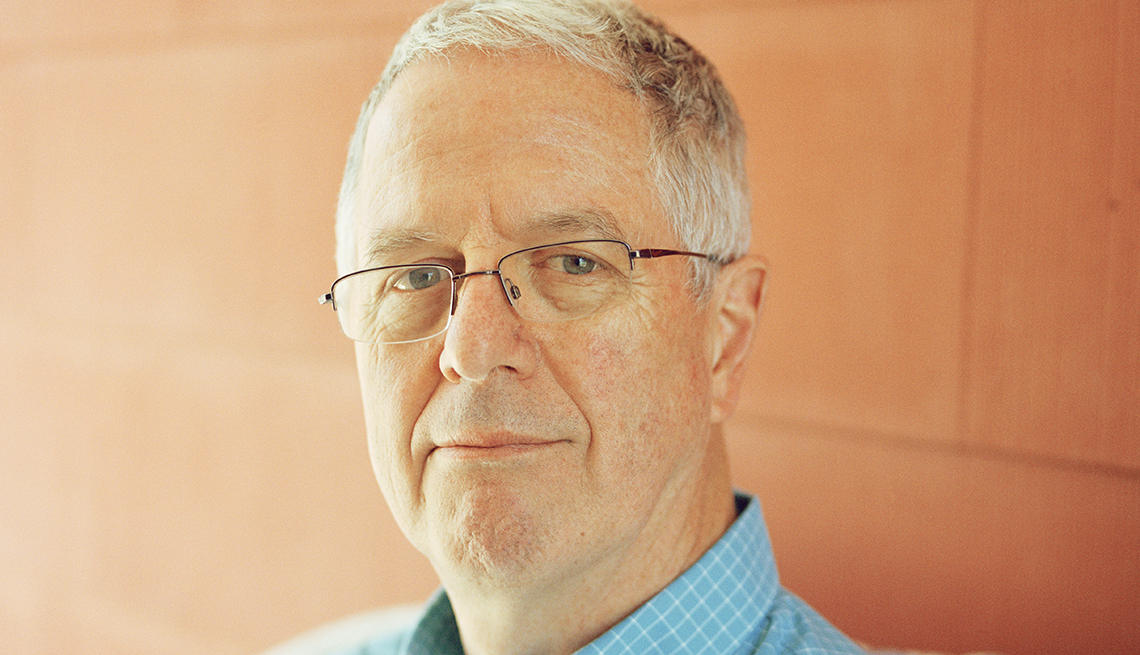 Chris Tower spent 22 years as a monk before becoming a psychiatric nurse-practitioner.

Private practice meant something very different to Chris Tower when he was a Buddhist monk known as Reverend Kinsei. Tower, who lived for 22 years in a California monastery, recently graduated as a nurse-practitioner and specializes in psychiatric care.

In 2003, Tower, then 52, left the life of a monk. Financial need as well as his biology background motivated him to choose nursing. After nursing school, he landed a job at a hospital in Long Island, N.Y., but the job proved overwhelming. He also questions whether colleagues unconsciously overestimated his skills. "I think they thought I would be like a samurai, jumping around giving IVs from a distance. A lot of people have misconceptions about what it is to be a monk."

He found a better fit at a rehab facility for substance abusers. "One of the things that they stressed in nursing school is, everybody can find their niche. I kept that in mind as kind of a mantra," Tower says.

Tower often borrows from his monastic training to calm anxious patients. At his abbey, he once served as guest master, something of a spiritual concierge. He asked his teacher for advice about managing less-enlightened guests. Treat everybody like the Buddha, his teacher said. "The important thing is to see everybody as a Buddha, and that operates with my patients."

David Wallis is a freelance writer based in New York.