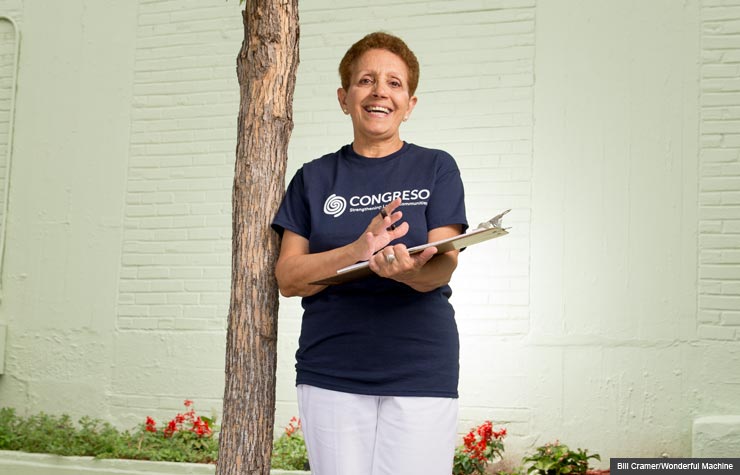 Sonia Collazo, retired from her human resources job to a second career of volunteering and presentations coordination within the Latino community.

For many Americans, retirement barely exists anymore. Instead of leaving work behind after age 65, they're diving back in, often trying out a new career or volunteer opportunities. These encore careers can include full-time work in the nonprofit sector, part-time schedules in a new field or even starting a business.

"People are living longer, and we're adding more productive years to our lives," says Richard J. Leider, one of the pioneers of Life Reimagined, an AARP program that helps people navigate this new life stage. "They're eager to use this time to discover new possibilities and make new life choices."

Many older adults can't afford to stop working. They may not have traditional pensions, or perhaps the recession pummeled their investments. But even if they don't get paid, "older adults want to remain connected, relevant, useful and engaged. There's this collective feeling of 'we're not done yet,' " says Marci Alboher, author of The Encore Career Handbook.

To get started, speak with people in your target field and volunteer for an organization you admire before you make the leap. "Experimenting in your 50s prepares you psychologically for a new chapter rather than being blindsided if your career ends suddenly or you're too consumed to think about it," says Encore.org founder Marc Freedman.

If you're looking for support as you pursue your own encore career, consider the following resources.

After retiring from her job in conflict resolution for Philadelphia's Commission on Human Relations where she had worked 27 years, Collazo knew she wanted to work in the Latino community. When she read that Congreso, a multiservice nonprofit for low-income local communities, was starting a Friday group for older Spanish-speaking adults, she volunteered.

Two months after she started, they began paying her to be the networking and presentations coordinator. Collazo finds speakers and arranges presentations on topics such as living wills, voter registration and HIV/AIDS, and she uses her mediation skills to keep the diverse group simpatico. "I love what I'm doing, and as long as I have my health and energy, I'll keep working," she says. 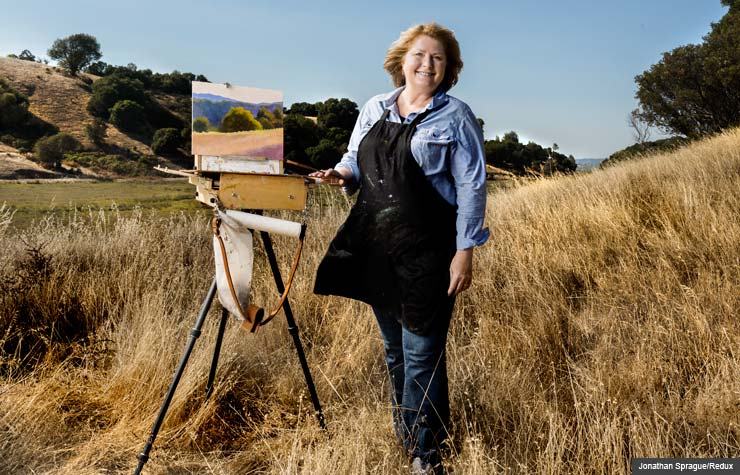 Linda Rosso, a marketing consultant, decided to reimagine her promotional skills and passion as a painter to assist fellow artists sell their work.

Rosso was a marketing and communications executive for a national public relations firm in San Francisco when the Great Recession hit. "It was a good time to step off the path and look at what I really wanted to be doing," she says. While continuing to work in marketing, she took a painting course at a local college. When her oil landscapes began to sell, Rosso noticed that more accomplished artists were selling fewer paintings than she was.

She drew up a plan to help other artists market their work. Rosso continues to consult with companies and artists. "I've found the perfect job because I get to do everything I love," she says. She now gets paid to use her marketing and promotion skills, helps artists sell their paintings and paints three days a week herself. She also has time to do volunteer work. Her new idea: Start an online marketing website to help artists sell their work, with a portion of the sales going to charity. "I think I can help them make a big difference in their careers," Rosso says. 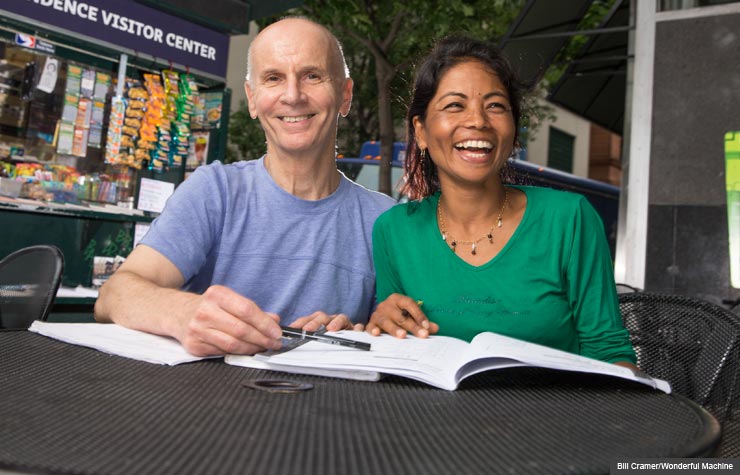 In 2011, Groves, a nonprofit executive then in his early 60s, unexpectedly lost his job. "I struggled mightily," he says. "Suddenly, I was no longer The Man I had been at work who people came to, and had to figure out how to fulfill myself."

Groves took courses in poetry, improvisational acting ("to stretch myself") and other courses at the Osher Lifelong Learning Institute at Temple University in Philadelphia, one of 117 Osher programs on campuses nationwide that are designed to enhance the lives of semiretired and retired people. He decided he wanted to teach. Now 30 older students take his course on human rights; he teaches English to a woman from Nepal and he gets to babysit his 2-year-old granddaughter every Thursday. If paid work came up, Groves would be interested but says he's "not actively looking for it." His wife still works full time. 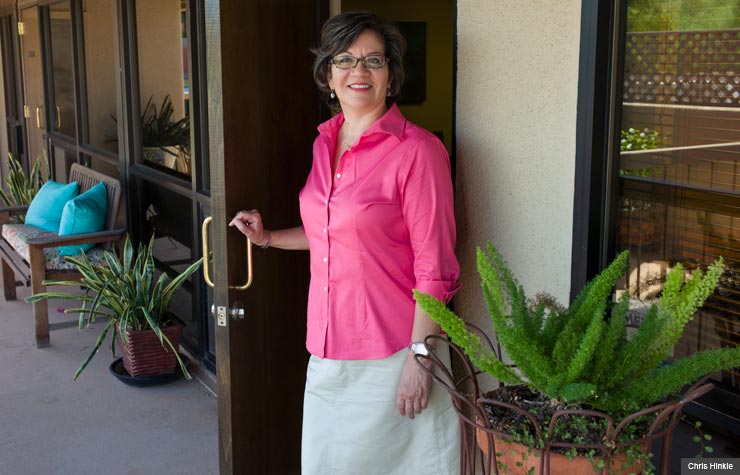 Dianne Aguilar, repurposed her career through an organization that connects boomers to nonprofits. She now uses her database expertise to pilot health education programs.

A resident of Tempe, Ariz., Aguilar spent 30 years working for Arizona State University's athletic department and two professional sports teams. Five years ago, she was diagnosed with breast cancer and a year later lost her job. "At first I thought, 'woe is me,' but then I realized I always wanted to change my career and now is my chance," Aguilar says.

She enrolled in ASU's one-year certificate program in nonprofit management. Through Experience Matters, a local organization that connects boomers with nonprofits, she obtained a $20,000 stipend to work part time for a year for Mission of Mercy, an organization that provides primary health care for the uninsured — a cause close to her heart. There, she used her database expertise to help pilot a health education program. After the fellowship ended, Mission of Mercy asked Aguilar to stay on part time to replicate the program in the organization's five other clinics. "The money isn't the same, but I feel I'm making an impact in the world," she says.