En español | As the longest war in U.S. history winds down, we spotlight the contributions that older Americans have made in Afghanistan. In a society vastly different from their own, these men and women have used their wisdom and expertise to help the country, and its people, recover from the relentless 12-year span of warfare.

These Americans are a disparate group. Some are aid workers who left comfortable backgrounds and grew tough in a hard country. Some are engineers called out of retirement for their expertise.

Many are soldiers in the final stages of a tour. Others are here for civilian contractor jobs, earning six-figure wages that can't be matched in the United States. Dangerous places command high salaries.

Others are driven to help. There are few places like Afghanistan that give people a sense of mission, be it fighting the Taliban, rebuilding the country's infrastructure or helping widows and orphans.

Yet the scheduled withdrawal of most U.S. troops by the end of 2014 will not be the end of this story. Many of these people say they will keep on working, even if Afghanistan becomes a more treacherous environment. And as improbable as it may seem to those outside this country, these folks (seen in the following profiles and video) say they'd find it difficult to live anywhere else. 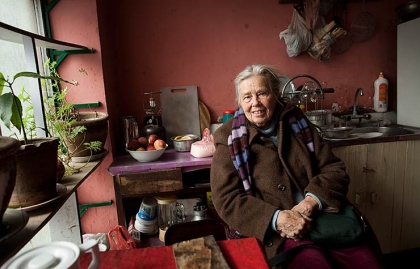 Mary MacMakin, jailed for four days by the Taliban in the 1990s, has no plans to desert the women and children who need her help.

Mary MacMakin, 85, once lived a privileged life, attending New England's private schools and later Stanford University, but today no one would dream of calling her lifestyle "soft."

On any given day, she pedals her bicycle through the dangerous streets of Kabul, where U.S. troops only venture out in flak jackets and armored vehicles.

She shuffles up a grimy stairway to reach the apartment she shares with an Afghan dressmaker. The bitter winter chill pierces the apartment's small rooms and squat toilet. With daily power cuts, much of the day would be spent in almost total darkness if MacMakin hadn't invested in large truck batteries, a transformer and other gadgets that store up electricity.

MacMakin says she spends "every penny" of her monthly $1,500 Social Security check on living expenses and on one of the organizations she founded, Afzenda, which enables impoverished women to earn extra income from sewing. She also founded PARSA, which trains Afghans to develop programs that help orphans and widows.

Like most expatriates outside military and government contracting spheres, MacMakin doesn't dwell on the dangers of today's Afghanistan. She knows that civilians working for foreign forces and governments have been kidnapped and murdered. But she has no plans to ever leave the country. How could she desert the women and children, she says, who have come to depend on her for the little help they get?

Next page: More stories of Americans working in Afghanistan. » 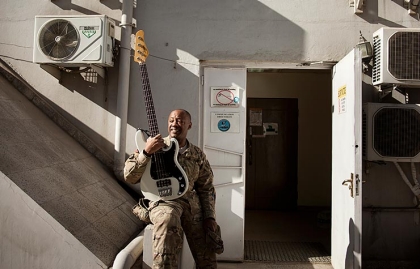 Lindsey Pleasant, who has a 27-year military career, warns of the dangers about becoming complacent about IEDs.

Lindsey Pleasant, 53, says he never considered himself to be "military material." He graduated from college with a degree in broadcast journalism. Then he joined the U.S. Army in 1985 in what was intended to be "a three-year enlistment."

Today, 27 years later, he holds the pivotal position of sergeant major. And he's not thinking about retirement just yet. The St. Louis native says he expects to stay in the military for another three years.

"I think soldiers are staying in longer than they were 20 years ago," says Pleasant, who plays bass guitar at Sunday chapel services.

When asked about what older soldiers contribute to the military and to the Afghanistan mission, Pleasant sums it up simply: "Experience." 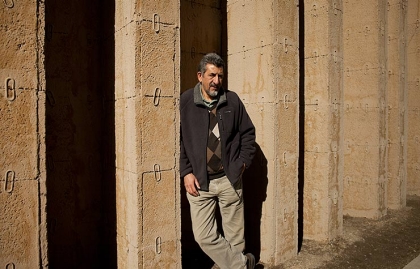 Waheed Momand, who returned to Afghanistan in 2004, has two military medals and a Ph.D. in medical cybernetics.

Waheed Momand, 63, was one of many Afghan Americans who returned to their homeland to help rebuild the country. He had fled Afghanistan for California, but in 2004, the engineer went back to aid the U.S. Special Forces, diplomats, Afghan exiles and Kabul officials.

"I know that I'm far away from what I really wanted to achieve for this country, but I'm not giving up,'' he says. "I really want to make a difference."

"I'm just having fun being around soldiers," he says. "There are days when I have to remind myself that this is a war zone."

Denis D. Gray is a foreign correspondent for the Associated Press. He is based in Bangkok.