A Barbecue Pitmaster Offers Tips on Being Your Own Boss 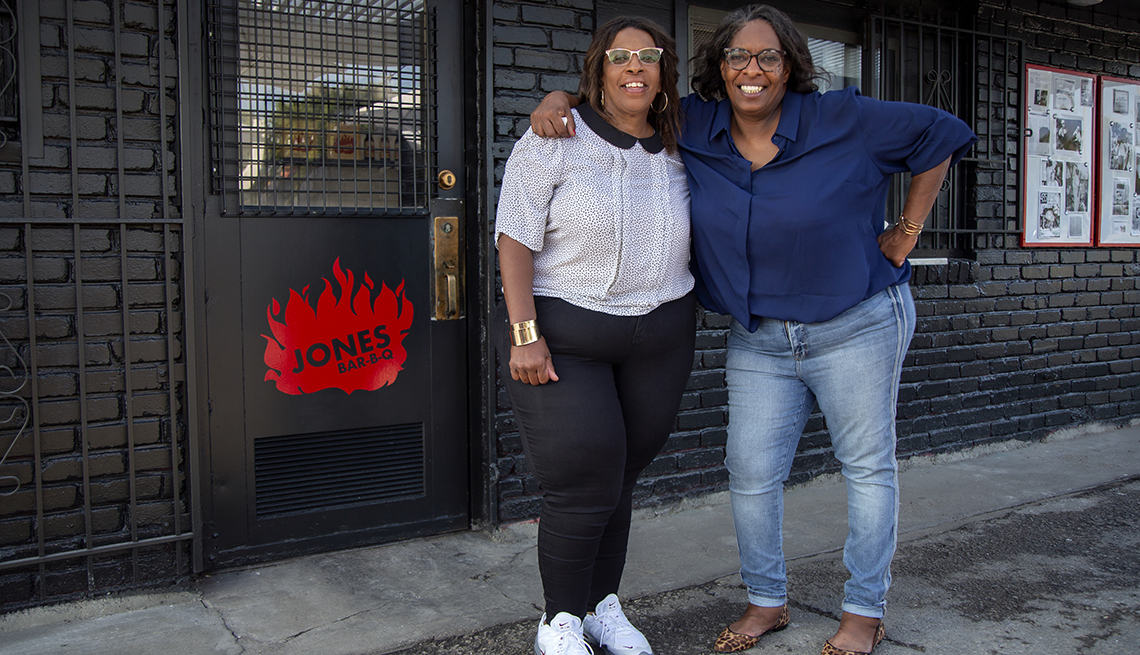 During 30 years in business, Jones Bar-B-Q in Kansas City has been through many changes, perhaps none more dramatic than its most recent makeover courtesy of the Netflix show Queer Eye.

That TV series, which specializes in giving people style makeovers along with a dose of self-empowerment advice, decided this season to change gears for one episode and provide the glam treatment to a small business. It chose Jones Bar-B-Q, owned by pitmaster Deborah Jones and her sister Mary Jones Mosley. The Queer Eye team renovated the restaurant's façade, designed a new logo for the business and helped the sisters find a partner to bottle and sell the shop's signature homemade sauce online.

Jones, 62, says the experience and the impact the episode has had for the business have been electrifying. “You know how you feel when you get shocked, like put your finger in the plug and it shook you?” she says, chuckling. “It felt like that. We are really thankful for them. We can't say thank you enough."

Not every entrepreneur can get a high-profile opportunity like being featured on a national TV show, but the case of Jones Bar-B-Q offers lessons in persistence that many small-business owners might benefit from, Jones says. Jones and Mosley — two of eight children — learned the barbecue business from their father, Leavy Jones Sr., who started the original Kansas City, Kan., restaurant in 1987.

In 2009, the sisters closed the shop to take care of their father, an Army veteran, after he was injured in a car accident. “At that point in time, we all decided that we needed to focus on our dad, so we closed the place,” Jones says. “We decided that we just wanted to take care of him.” After he died, the sisters “decided to open it back up, because that's what our father would have wanted,” Jones adds.

Now, thanks to Queer Eye, the duo is making one of their father's dreams come true: bottling and selling their sauce online. “That's something that I promised my dad I would do,” Jones says. The show “really came through and helped me get it out there."

Jones encourages anyone who is interested in becoming an entrepreneur to give it a try, regardless of their age.

"If you want to start a restaurant at 50, 60, 25, 35, whatever age or whatever business — it doesn't even have to be a restaurant — I feel you should do it. It's a good experience,” Jones says. “And I tell everybody, if the restaurant doesn't make it, try something else."

Advice for Starting Your Own Business From Daymond John

Many Older Women Start Businesses out of Necessity

Losing a job and needing more income are the most common reasons, a survey finds