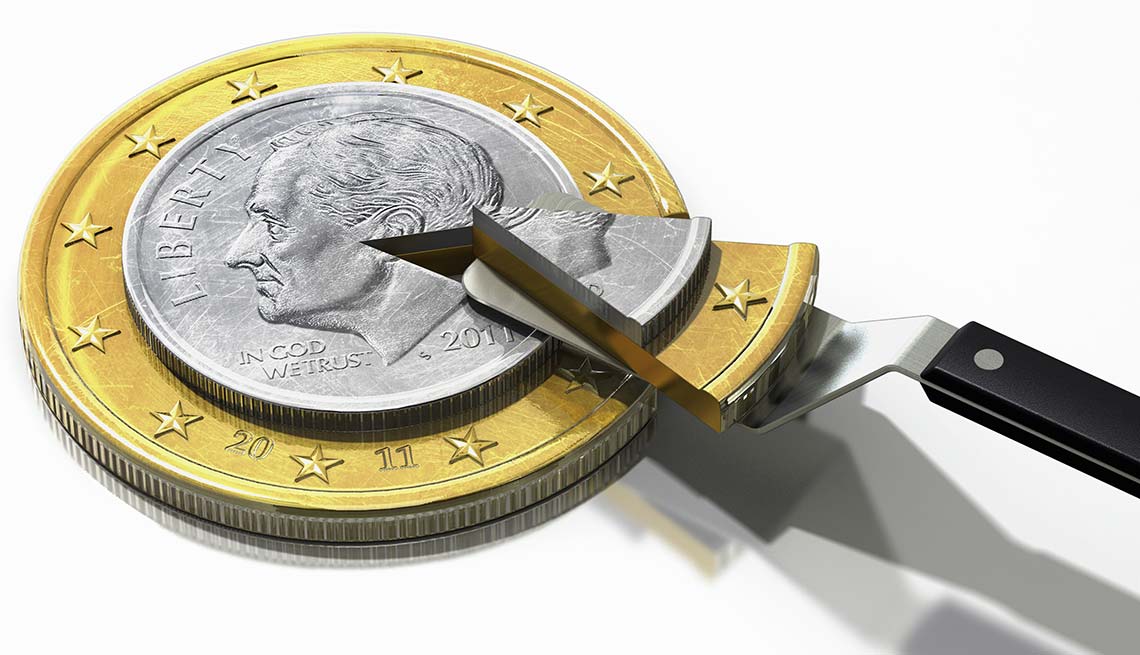 Keep a bigger slice of your retirement savings when you hit the age of mandatory distribution.

En español | Starting mid-2016, the oldest boomers will begin turning 70 1/2. That's the magic age when workers who have been socking away money in tax-deferred retirement accounts for decades must begin taking cash out. The withdrawals are called required minimum distributions, or RMDs. And they are Uncle Sam's way of finally collecting income taxes on contributions and investment gains that have been long sheltered from the IRS. Investors failing to take RMDs will owe a stiff penalty amounting to half of what they should have withdrawn.

"You get all these goodie-goodie tax breaks upfront. But at the end, as with any deal with the devil, there is a day of reckoning," says Ed Slott, an IRA expert in Rockville Centre, N.Y.

People in their 60s should already be planning ways to minimize taxes in their 70s. Investors can pull money out of tax-deferred retirement accounts without penalty after turning age 59 1/2. Yet many choose to let their investments grow sheltered from taxes as long as possible, which can trigger higher taxes when mandatory distributions kick in.

"Ironically, tax-deferred growth creates its own tax problem if you do it too well," says Michael Kitces, director of research for Pinnacle Advisory Group in Columbia, Md. RMDs can be confusing: "All these years of putting money in and now they have to put the brakes on and take it out," Slott says.

How your withdrawals will work

Basically, after 70 1/2 you must withdraw a minimum sum each year from tax-deferred accounts such as traditional IRAs, SIMPLE and SEP IRA plans, 401(k)s, nonprofit 403(b)s and government 457 plans.

Roth IRAs, whose contributions have already been taxed, don't have RMDs. And if you're still working in your 70s and have a 401(k) or similar plan with that employer, you don't have to take distributions from that account until you leave the job.

You must take your initial distribution by April 1 the year after you turn 70 1/2. So if you turn 70 before the end of June — meaning you'll turn 70 1/2 sometime later this year — your first withdrawal can be delayed until April 1, 2017. Thereafter, yearly distributions must be made by Dec. 31. The amount you must withdraw each year will vary, depending on your account balance at the end of the previous year and a life-expectancy factor based on a table published by the IRS.

RMDs can push you into a higher tax bracket. This occurs if you're already on the cusp of the next bracket and the extra income from the RMD puts you over the top. For instance, individuals with taxable income of $37,650 — or $75,300 for couples — are in the 15 percent tax bracket. Add in a mandatory distribution, and every dollar above these thresholds will be taxed at a rate of 25 percent.

Worse, RMDs could cause some (or more) of your Social Security benefits to be federally taxed. That's because required distributions for tax purposes are added together with other sources of income, including half your annual Social Security benefits. If the total exceeds certain thresholds, you could see as much as 85 percent of benefits subjected to tax.

Most people tend to delay taxes as long as possible, but this can backfire when it comes to RMDs, says Michele Clark, a financial planner in Chesterfield, Mo. "It just pushes all the taxes farther and farther down the line and then they get this huge tax bite later," she says. "Unfortunately, it's too late at that point" to do anything about it.

Planning your tax strategy before turning 70 1/2

But it's not too late for retirees in their 60s when withdrawals are penalty free, RMDs haven't yet kicked in and disbursements are likely to be taxed at a lower rate because the recipient is no longer working.

If you think RMDs will cause tax problems later, gradually take out just enough money each year from your tax-deferred accounts to stay in your tax bracket, Clark says. You'll pay regular income tax on the money, but future RMDs will be lower.

Or consider converting part of your traditional IRA each year to a Roth IRA, Slott says. You'll owe income taxes on the amount converted, but it may be at a lower rate if you're retired, he says. The Roth has no RMDs. Plus, money in the Roth can continue growing and any future withdrawals will be tax-free to you and your heirs.

Of course, everyone's situation is different. That's why financial advisers recommend that investors work with a professional who can run tax projections under various scenarios to find the best strategy.