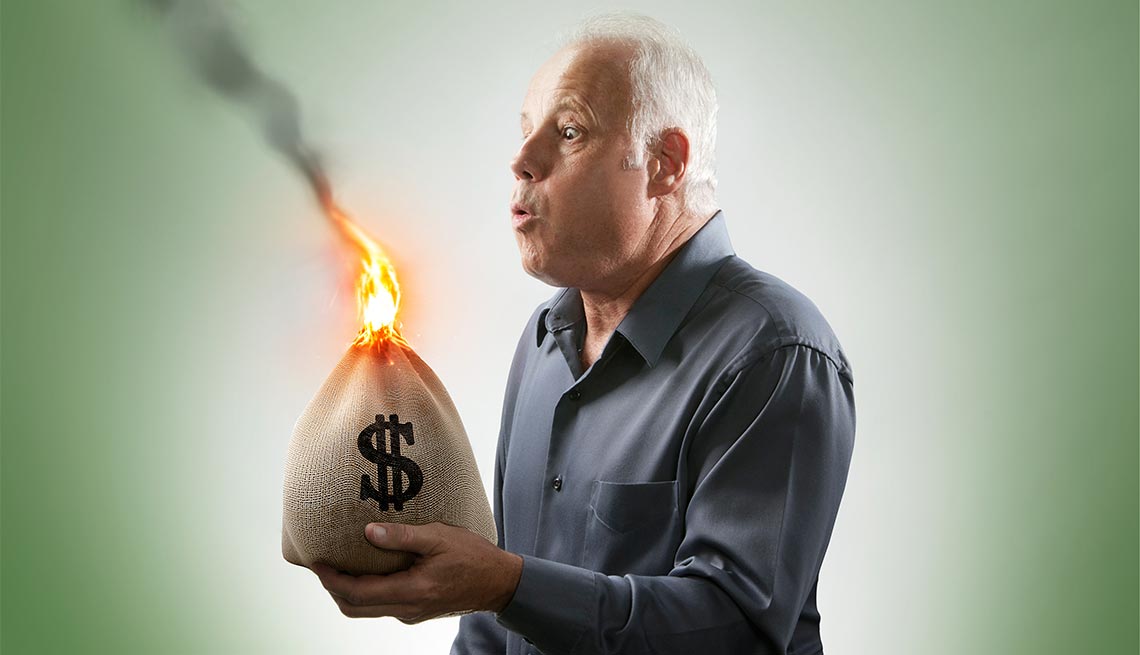 Is your retirement pension plan going up in flames? Make sure your benefit payments best fit your needs.

En español | Carl Monheit's former employer reliably mailed his monthly pension check to him for 17 years. A year and a half ago things changed.

The Hackensack, New Jersey, resident, along with thousands of other retired managers, learned he would no longer be part of Verizon's pension plan. Instead, the telecommunications giant bought them an annuity. While payments would stay the same, future checks would now come from an insurance company.

"It was kind of a shock," says Monheit, 67, who retired after 30 years from a company that became what is now Verizon. "Why are they changing things that worked for so many and worked well, and provided so much comfort and security to people who built their business?"

It's a question more retirees and older workers likely will be asking as U.S. companies move to get expensive pension obligations off their books. Companies call this new approach "de-risking." Some firms purchase annuities for their pensioners, while others offer cash to buy them out. And some — most notably General Motors in 2012 — try a combination: first offering a lump sum and then buying an annuity for those who don't take the money.

A report by benefits consultant Towers Watson last year found that 58 percent of companies surveyed had offered lump sums to former employees or plan to do so, while 38 percent expect to transfer pension obligations to an outside company within the next five years.

Lynn Dudley, senior vice president at the American Benefits Council, which advocates for businesses, says pensions are difficult to maintain because of frequent regulatory changes and the rising premiums that employers pay to the Pension Benefit Guaranty Corp. (PBGC) to insure their plans. "The environment has gotten hostile," says Dudley."What companies are trying to do is reduce their exposure to risk, from things like market volatility and changes in the law," says Deborah Chalfie, senior legislative representative for AARP. "It's not really de-risking. It's transferring the risk."

This transfer began in earnest in 2012 when changes to pension law fully kicked in, making it more attractive for employers to offer lump sums, she says. A rash of companies made cash offers that year, including Ford Motor Co., J.C. Penney, Lockheed Martin Corp. and Archer-Daniels-Midland Corp.

Retiree advocates are concerned. Traditional pensions have been disappearing for years in the private sector, where only 16 percent of workers were covered last year, down from 35 percent in the early 1990s, according to the Bureau of Labor Statistics. This latest trend, though, leaves retirees without valuable federal protections and increases their chance of outliving their money, particularly if they take a lump sum and don't invest wisely.

"We call it 'pension stripping,' " says C. William Jones, president of the Association of BellTel Retirees Inc. in Cold Spring Harbor, New York. Jones, 75, is among the 41,000 retired managers affected by the Verizon switch. Some of them are suing Verizon over the change. He receives the same monthly payment as always. "The difference is, we have lost certain protections," he explains.

Benefits, for instance, are no longer guaranteed by the PBGC — a key safety net. This federal agency insures private pensions in case an employer goes bankrupt, guaranteeing a maximum annual benefit of $59,318 for a 65-year-old retiree this year.

With an annuity, retirees' security is tied to the insurance company. If that insurer fails, each state has a guaranty association with its own coverage limits. Maximum lifetime coverage ranges from $100,000 to $500,000 and follows the rules of your particular annuity.

"Each state is a little different," says Chalfie, of AARP. "It's a little bit of the Wild West."

Check your health
Consider a lump sum if your health is poor and you don't have a spouse who will need survivor's benefits.

Longevity does matter
Lump sums use average life expectancies. That money can fall short if you and your spouse beat the averages.

Invest like a money pro
You'll have to manage your money so it lasts. Even if you're a financial whiz, that talent can fade in your 80s.

Get the best guidance
An adviser may pitch taking a lump sum so he or she can manage it, earning commissions and fees.

Don't forget taxes
Be sure you roll a lump sum directly into an IRA, or the money will be treated as taxable income.

Both Verizon and GM bought annuities from Newark, New Jersey-based Prudential Insurance Company of America. "Prudential is a huge, very profitable company. This should not be a problem," Jones says. Then again, "as you know from 2008, a lot of too-big-to-fail companies failed."

Also, nothing prevents Prudential from selling its annuity business to a weaker insurer, Jones adds.

Despite these concerns, not everyone is unhappy.

Richard Schwaller of Novi, Michigan, says he was "ready to dance with joy" when he heard GM was buying a Prudential annuity. The 84-year-old, who retired from GM in 1985, says he believes his benefits are more secure with Prudential than with the automaker, which has chipped away at retirees' other benefits.

"These are just the sorts of transactions that Prudential exists for," says Dylan Tyson, senior vice president responsible for Prudential's pension-risk-transfer business. Prudential has been in this business since 1928, he points out, and hasn't missed a payment to pensioners yet.

A pensioner receiving a lump sum may make bad investments or use the funds to erase current debts, leaving little or no money for later years, advocates say. Retirees may also be pressured to take a lump sum by children who can inherit cash but not pensions, or by financial advisers wanting to earn fees for managing the money.

"It's almost never better for someone to take a lump sum and give up the monthly benefits," unless you aren't likely to live long, says Nancy Hwa, with the Pension Rights Center in Washington, D.C.

Jerry Rosin, 57, of Menasha, Wisconsin, is among 10,000 former Kimberly-Clark employees offered cash to exit their pensions in 2012.

"At first blush, it looked kind of tempting," says Rosin. After crunching the numbers, he decided to stick with the pension.