The AARP Financial Decisions Survey was conducted as a telephone survey among 45-64 year old residents in the state of Washington. The interviews were conducted in English by Precision Opinion from February 4 to February 9, 2013. For more information about this survey, please contact Brittne Nelson at 202.434.6307 or e-mail bnelson@aarp.org. 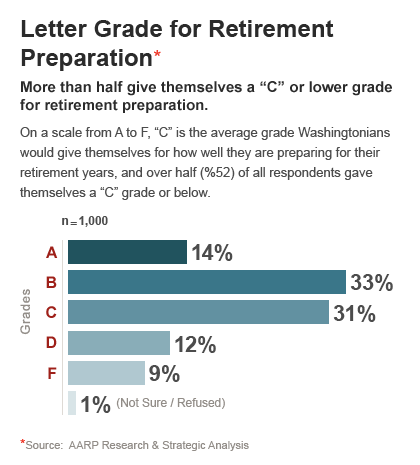