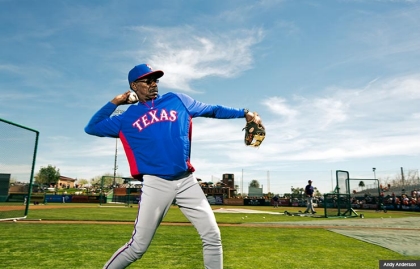 Texas Rangers manager Ron Washington, 61, says being around baseball, "is so invigorating."

Have you ever wondered why managers of baseball teams have to dress like the guys on the field?

See also: Take our quiz and test your baseball smarts

Nobody expects the men and women who coach basketball teams to do it in baggy shorts.

Did someone decide, a century and a half ago, that baseball's skippers, many of them decades past their playing days, should be figures of fun?

Connie Mack, who managed in Philadelphia for 50 years, answered this question by declining to participate in the tradition. In the dugout he wore a tie, a high collar, a suit and a straw hat. Not surprisingly, he was a winning manager when he had a good team to manage and a losing manager when he didn't, which was quite often. 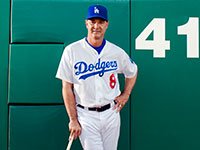 More recently, Bobby Valentine — a handsome, fit, charismatic fellow — looked sharp when he wore the Red Sox uniform during the 2012 season. His team finished last. He now dresses as an athletic director at a college in Connecticut.

So perhaps the clothes do not make the manager.

"Whoever wants to know the heart and mind of America," French-born scholar Jacques Barzun famously declared, "had better learn baseball." That was certainly true in 1954, when Barzun wrote it, but in the 21st century, you'd be better off understanding professional football; as a nation, we now prefer the aggressive territory-capturing game to the lyrical one with no clock.

Nevertheless, the most recent Harris poll of Americans' favorite sports shows that baseball is still first in the hearts of fans from 50 to 64. And baseball still begins again in the spring, which continues to matter.

Corny as it may seem in the age of multimillion-dollar contracts and ruinous stadium deals, baseball still embodies the notion of renewal, and that's nowhere more evident than in the craggy countenances of men who stand in the dugout with one foot up on the step, clapping and whistling at the new season's hopefuls.

Managers form a kind of fraternity based on patience and resignation. The baseball season is long, and people who don't like the game criticize it as slow. It cannot be managed at full throttle. Even the volatile Billy Martin — hired, fired and rehired more times than he could count by Yankees owner George Steinbrenner — worked sitting down.

Football and basketball may have better relationships with television, but baseball has history on its side.

Veteran fans can see a little of Juan Marichal, the Giants right-hander of the 1960s, in the high-kicking rookie on the mound — or a touch of Dodger legend Pee Wee Reese in the soft hands of the new kid at short. Less learned observers can just enjoy the ageless rhythm of the passing innings and take advantage of that most precious of modern resources: a chance to talk.

Baseball's stories can be marvelously sustaining, which matters to people who are growing older; they are part of the game in a way that will perhaps never be true of other sports. Or at least that's what those of us who love what Babe Ruth called "the only real game" will always believe.

Writer and commentator Bill Littlefield hosts National Public Radio's weekly sports program Only a Game. He's the author of six books, including the novels Prospect and The Circus in the Woods, and he teaches writing at Curry College in Milton, Mass.