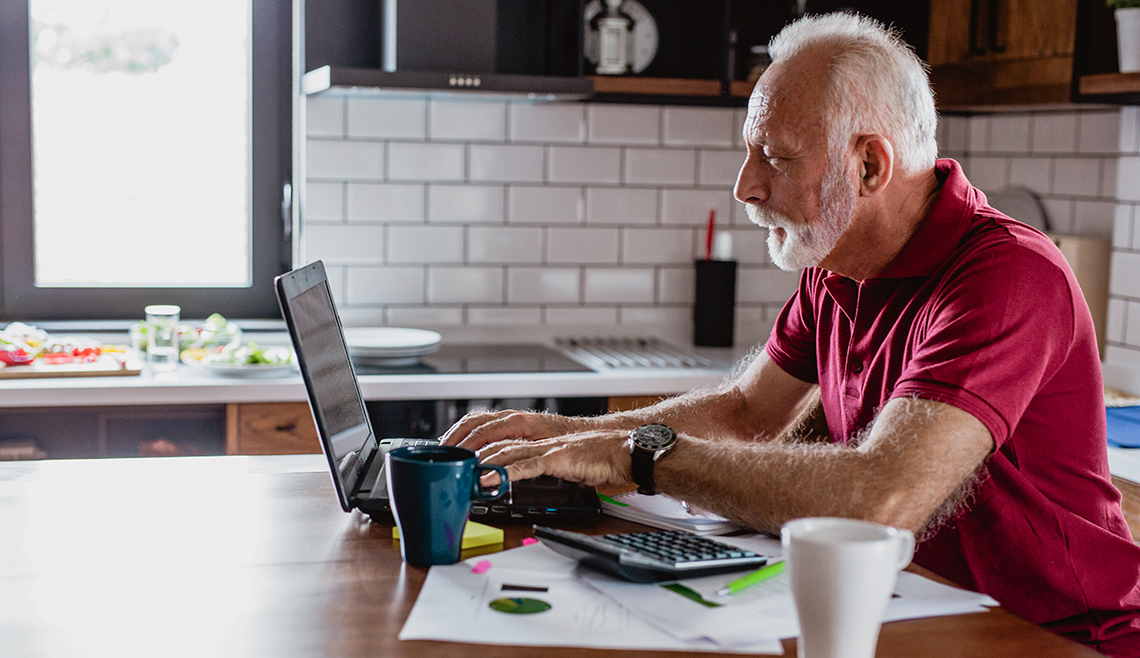 En español | Ask Maria Heidkamp about the services available to help older Americans get jobs and she'll answer that there are surprisingly few.

That's because federal workforce policy has been based largely on the idea that older job seekers can just use the same employment assistance programs as younger ones, despite ample evidence that age discrimination and other problems uniquely prolong the time it takes older adults to get back into the workforce.

"The assumption was that if you have a work history, maybe even have a college degree, you should on your own be able to find a job,” says Heidkamp, who sees the predicament of older workers firsthand as director of the Rutgers University–based New Start Career Network, a program that offers training for people 45 and older who are struggling through long-term unemployment.

Advocates for older workers are concerned that the high unemployment rate the COVID-19 pandemic has caused could make it even more difficult for these adults to find jobs. More than 1.4 million people filed new claims for unemployment during the week ending July 25, the U.S. Department of Labor announced Thursday. In June, the unemployment rate for workers age 55 and older was 9.7 percent, a decrease from 11.8 percent one month earlier, according to the U.S. Bureau of Labor Statistics.

There is some help available for older adults who are experiencing job loss due to the pandemic or other causes. Here are some of the options:

The main federal program to help older workers is the Senior Community Service Employment Program, which spreads about $400 million a year among state job centers and nonprofit organizations —including AARP Foundation — to cover training for part-time community-service positions, with the idea that participants will move to private-sector jobs.

It's open to low-income people age 55 and older. Locations are searchable by zip code on another federal website, CareerOneStop. That's where you can also search for any of 2,400 American Job Centers, which offer free résumé workshops, job referrals, coaching and other services to people of any age or income.

Because these federal programs are administered locally, they vary widely in their offerings and approaches. The One-Stop Career Center in Las Vegas, for example, serves the large population of 590,000 workers in surrounding Clark County who are 55 and older.

"We know the challenges,” project director Joe Sharpe says. “They were already overrepresented in that pool and we've certainly seen that this pandemic disruption has impacted that."

Job programs are adapting to the pandemic

Caseloads of older job seekers, not surprisingly, are way up now. The number of workers 50 and older helped by the San Diego Workforce Partnership this year is five times what it was last year. The partnership plans 100 job-readiness training workshops for older workers, and is placing 25 senior job seekers in paid internships — also known as “returnships.” The goal, in part, is to change the attitudes of employers while also getting the older adults full-time jobs.

"One of the things that someone over 50 encounters is isolation. You used to go to work every day. Now you've been laid off. You're unsure what direction to take, and certainly unsure of yourself."

Heidkamp's New Start Career Network has expanded its services from helping only long-term unemployed people 45 and older to anyone who lives in New Jersey and is out of work, and is adding a “virtual coaching corps” of volunteer experts.

Established during the Great Depression by IBM founder Tom Watson and others to help unemployed over-40 executives find new jobs, the nonprofit organization 40Plus still has two chapters that provide free job-search training for older educated professionals: one near Columbus, Ohio, and now called the Career Transition Institute, and 40PlusDC in the District of Columbia.

Graduates of 40Plus stay in touch in “job clubs,” sharing experiences, ideas and encouragement — a feature many say has been the biggest help.

"One of the things that someone over 50 encounters is isolation,” says Jeryl Skinner, immediate past chair of 40PlusDC's board of directors. “You used to go to work every day. Now you've been laid off. You're unsure what direction to take, and certainly unsure of yourself."

Many community colleges offer job-search courses, almost all of them now online and some without charge. “It's a lot of hand-holding in the best of ways,” says A. Pamela Saez, director of the Digital Skills for Today's Jobs programs at Austin Community College in Texas, which has a free job-seeking strategies class that includes virtual career coaching over Google Meet.

Enrollments are up and expected to spike in the fall. “We feel we're going to get deluged,” Saez says.

A few of the people who have lost their jobs are heading back to school to learn entirely new skills, though older Americans appear less likely to do this than their younger counterparts. Only 8 percent of workers over 50 who have lost their jobs say they plan to enroll in an education or training program, compared with 31 percent of 25- to 49-year-olds, the Strada Center for Consumer Insights found.

Experts caution anyone who takes this path to first check graduation and placement rates and whether there's a market for the subjects they're learning.

"You have to be asking, is this preparing me for the right kinds of jobs in terms of pay or physical demands, and if this job has a future,” says Becky Klein-Collins, associate vice president of the Council for Adult and Experiential Learning.

Young hiring managers want to know that candidates for jobs will take direction and are technologically proficient, says Tom Kamber, the program's director. “Updating your tech skills is an answer to both of those questions."

The FabLab, with two locations in Santa Fe, New Mexico, runs four- to six-week classes that teach people 3D printing, an in-demand skill. Nearly 30 percent of the participants in the program are 50 and older, its director, Sarah Boisvert, says.

In addition to the short length of a course like this, another advantage is that designing for 3D printing can be done from anywhere, Boisvert says. And “when you're virtual, people aren't going to ask you about how old you are. It's about the work you do."

There are also online courses that are comparatively cheap, flexible, let learners go at their own pace, and result in credentials that employers want. The online education collaboration between Harvard University and MIT, edX, for one, reports enrollment is up tenfold since the start of the pandemic, including for people 50 and older, who make up about 1 in 10 of its students. The number one course they're taking: Introduction to Computer Science, which is free (though it costs $90 for a certificate to prove you passed it).

Another option: starting a business. Contrary to the stereotype of startups being the exclusive realm of 20-somethings, the average age of entrepreneurs who start small businesses is 42, according to researchers at the University of Pennsylvania, MIT and elsewhere.

In short, says Heidkamp, there are ways back into the workforce for people at any age, even in a midst of a recession layered on top of a pandemic.

"By nature, I try to be optimistic,” she says. “We run a program like this because we believe there is a better future ahead."

Editor’s note: This article originally was published on July 23, 2020, and has been updated with more recent information about new unemployment claims.