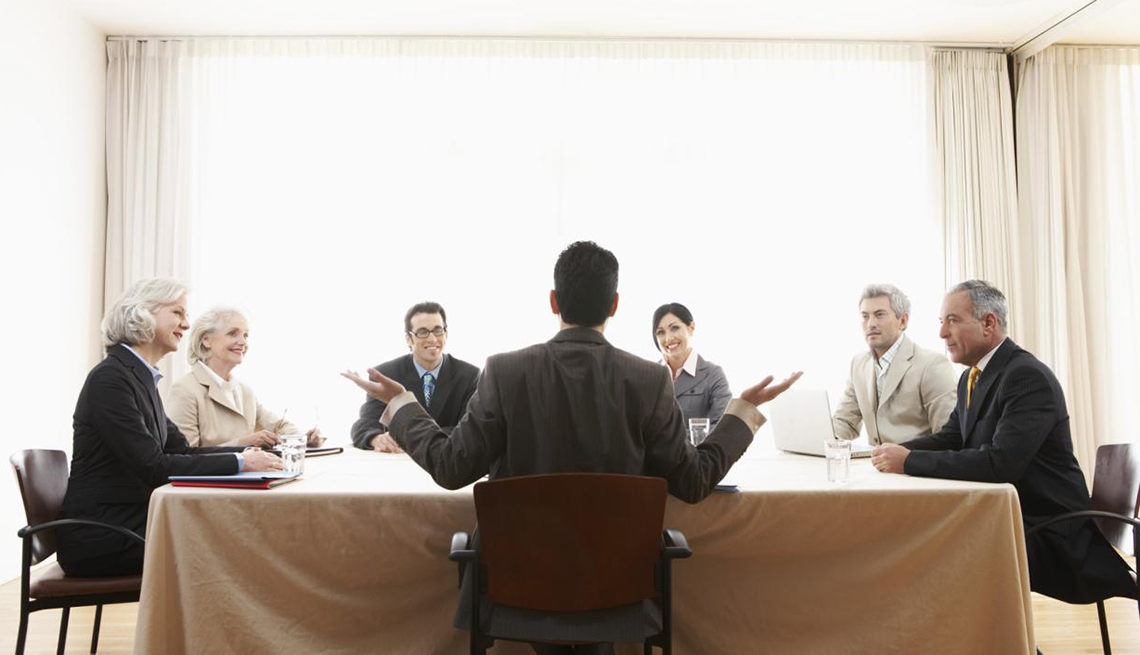 A former recruiter shares real-life mistakes (and tips for avoiding them) if you're over 40 and looking for a job.

I left recruiting in 2007 to work the other side of the desk, coaching job candidates. I returned to recruiting to help a media company manage an uptick in hiring. At one point, I had more than 25 active positions, with many over-40 candidates in the mix. Here are some real-life examples (names have been changed) of and job search tips about what works and what doesn’t when you're looking for a job.

Karen was a casual acquaintance via a professional association. When she saw that I had posted several marketing searches, she emailed me at my client to express her interest.

What Karen Did Right: She’s paying attention to opportunities and she’s working her personal connections by contacting me directly (as opposed to the company website).

What Karen Did Wrong: Her resume featured a lot of marketing, but mainly with a PR and communications angle, unrelated to the jobs I had. I couldn’t use her for my openings and I wasn’t sure how to refer her. Don’t give me a laundry list of everything you do, hoping I’ll figure out the fit for you. A better approach would have been to acknowledge that her background was off for the positions I listed but to mention other roles within the company that seemed right for her. I could then have referred Karen to those recruiters. With nearly a dozen other recruiters handling 200+ openings, I was not going to take the time to figure out where to channel every contact.

Leslie was an experienced marketer, and she worked in areas related to my openings. After a quick introductory phone call, I felt confident enough in her communication skills and career history to introduce her to my hiring groups.

What Leslie Did Right: She handled the phone screen like a pro. Leslie understood that you should take even the briefest conversation seriously. You won’t move up the hiring ladder unless you make a case for yourself in the initial call.

What Leslie Did Wrong: All candidates for this area of marketing complete an Excel-based business case, and Leslie gave up on hers, emailing to say it was too difficult. The job search advice here: keep your technical skills sharp. It may be years since you’ve been in a timed, high-stakes situation. That’s no excuse; you still need to perform.

Monica gamely took the Excel-based test (and passed it easily), moving through a series of interviews, including more complicated case work where she had to simulate marketing projects she might encounter in her day-to-day.

What Monica Did Right: In all rounds, she demonstrated the qualitative skills (good communication, good teamwork and people relations) and the quantifiable skills (analytics, industry expertise). Her career showed a clear progression of increasing responsibility and challenging roles. She had been unemployed for a year, but came across as energized, not defeated, by her time off. In fact, when I pushed her on the employment gap, asking point-blank, “You seem like a great candidate. Why haven’t you gotten a job in over a year?” Monica didn’t get defensive. She simply said she had underestimated how difficult it would be to land a job and had taken off more time than she should have before launching her search. I bought that answer, and so did her hiring group.

What Monica Did Wrong: Nothing, except perhaps failing to start her search earlier, as she already realized.

A candidate for a brand-new role in the sales group, James was in final rounds when my project ended. Whether or not he gets this job, he has established relationships with the company that will be helpful someday.

What James Did Right: He got out there and connected with his peers. James was referred by someone in the sales group whom he’d met at a networking event. And he came in for a series of meetings, even though he had a job and wasn’t looking. I had told him upfront that the role was still in development and didn’t target his experience. During these meetings, James did so well that the group started to conceive the role around his background. When someone in the group, who wasn’t even scheduled to see James, pushed back on holes in his resume, James sent an unabridged version that same day. The budget will likely almost double to accommodate him if James is hired—yes, that still happens! So be willing to take exploratory meetings and treat them with respect.

Weeks went by between meetings because the role was new and senior, and it was hard to get the decision-makers together to orchestrate next steps. James gamely jumped back into the process. I’ve seen other candidates lose interest or get offended, which doesn’t endear you to the company. Keep your energy and interest high throughout the process, especially during delays.

What James Did Wrong: James could have checked in during the delay. Had he emailed me I might have been able to push the hiring group to move faster. Done politely, checking in demonstrates interest.

Caroline Ceniza-Levine is a career expert with SixFigureStart®.  She is a former recruiter in management consulting, financial services, media, technology, and pharma/biotech.