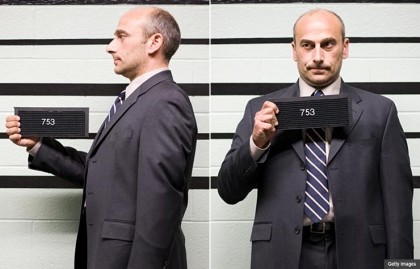 Don't let a bed credit report prevent you from getting the job you want.

En español | Emmett Pinkston, who spent 30 years in the military, likes to boast that his high-level security clearance would've given him access to the White House. Yet he can't get hired checking baggage at an airport.

"That's the irony," Pinkston, a 56-year-old grandfather of two, told a radio show that aired recently in New York.

Pinkston says officials with the Transportation Security Administration (TSA) turned him down for a job as a baggage handler two years ago after they checked his credit report. Though he was told he aced the interview, negative details in the report disqualified him.

"I'm still putting in applications for full-time jobs," Pinkston said recently. Though he works part time, he said he "can't afford to live on that."

Pinkston's experience is becoming more common among job seekers around the country. Today as many as one in two U.S. employers screen job applicants' credit reports as part of their hiring practices, according to the Society for Human Resource Management in Alexandria, Va., a professional membership organization of human resource professionals, sometimes for jobs that often have nothing to do with fiscal responsibilities or access to highly sensitive employee information.

Norm Magnuson, a spokesman for the Consumer Data Industry Association, which represents companies that offer credit screenings, says the practice is necessary when jobs involve access to money or people's personal data. "It doesn't make a lot of sense" for employers to do them otherwise, he says.

As a result, at least 1 in 10 unemployed workers say they've been turned down for a job because of negative information in their credit history, according to a recent study of low- and middle-income households carrying credit card debt by the public policy organization Demos. One in 8 people say they have poor credit because of errors on their report.

With 11.3 million people out of work across the country in August, 4.3 million for six months or more, the growing use of credit screenings has prevented those who need work the most from getting jobs, the Demos report said. It also said there was no evidence of a connection between applicants' poor credit status and job performance.

Chi Chi Wu, an attorney in the Boston office of the Washington-based National Consumer Law Center, says poor credit histories typically result from people's unfortunate economic situations and not from their work ethic or character. Among the items that can blemish a credit report: bankruptcy filings, foreclosures, liens, paying bills late and carrying too much debt relative to your available credit.

Next page: What state governments are doing to limit applicant credit check practices. »

An increasing number of states are moving to limit the practice of credit checks to assess potential hires. Nevada, California, Colorado, Connecticut, Hawaii, Maryland, Oregon, Vermont, Washington and Illinois have passed laws — some in the last few years — to curb an employer's ability to use credit screenings.

Nevada's law, which will take effect in October, allows applicants to sue the prospective employer — and force the company to hire them — if they were denied the job because of their credit information.

On the local level, Hartford, Conn., became the first city, in 2011, to adopt a law that prohibits credit screenings on prospective employees of the city government regardless of whether the job requires handling the city's finances. New York may not be far behind. Officials are considering a measure to bar credit screenings for job applicants in government and private industry, even if the positions involve fiscal management or access to sensitive information.

Credit screenings kept Alfred Carpenter, 58, from finding work for three years. He filed for bankruptcy in 2010 due to medical bills related to a knee injury. He had no health insurance at the time because he lost his job as a clothing salesman in New York.

When he interviewed for jobs, Carpenter says prospective employers praised his résumé and experience. Then they looked into his credit history and rejected his application. He recently landed a job.

In Pinkston's case, the TSA turned him down for a job because his credit report showed that he was about $16,000 in debt. A TSA rule bars candidates with more than $7,500 in defaulted debt from being hired.

Pinkston says the debt, which had been turned over to two collection agencies, was unfounded. He obtained free legal assistance to correct his credit report but by the time it was fixed, the TSA job was filled. He was told he could apply again when another opening becomes available.