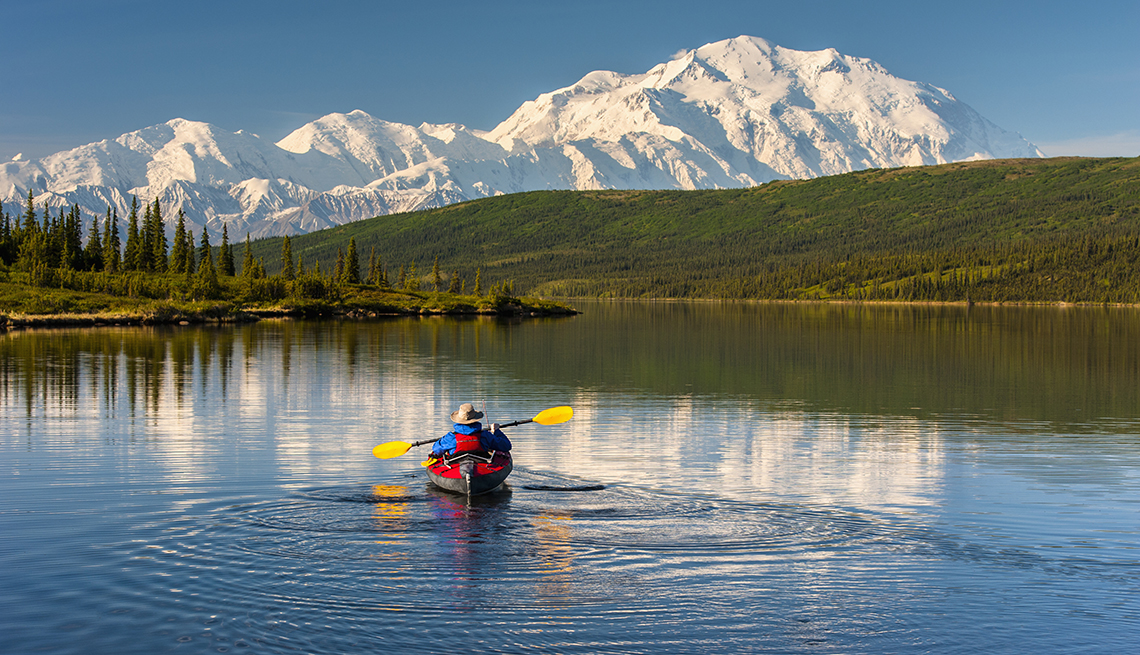 Denali National Park and Preserve is one of 17 sites that could increase its entrance fee in 2018.

En español | The National Park Service (NPS) has abandoned a plan to more than double the peak-season entrance fees at the country's busiest national parks, including Yosemite, Yellowstone and the Grand Canyon. That proposal, made last fall, would have hiked prices at 17 sites from about $30 per vehicle to as much as $70. Following a public outcry, officials have opted instead to roll out a more modest plan. Beginning this summer, there will be smaller increases at the 117 fee-charging parks in an effort to raise funds for park maintenance.

"I want to thank the American people who made their voices heard through the public-comment process on the original fee proposal," Interior Secretary Ryan Zinke said in a written statement. "Your input has helped us develop a balanced plan that focuses on modest increases at the 117 fee-charging parks as opposed to larger increases proposed for 17 highly visited national parks."

Under the new plan, entrance fees for vehicles will rise by $5 starting in June at the fee-charging parks. Annual passes to visit the various parks also will cost more, although the price will vary depending on the park. The cost of an annual America the Beautiful pass, which allows entrance to most parks, and the Lifetime Senior Pass will continue to be $80. According to the NPS, more than two-thirds of national parks, historic sites and monuments will remain free.

The revenue earned from the fee increases will be used for projects and activities to improve the experience for a growing number of visitors. More than 1.5 billion visits to parks in the last five years mean more wear and tear on aging park facilities.

Entrance fees collected by the National Park Service totaled $199 million in 2016. The NPS estimates that once fully implemented, the new fee structure will increase annual entrance-fee revenue by about $60 million.

“Repairing infrastructure is also about access for all Americans,” Zinke said. “Not all visitors to our parks have the ability to hike with a 30-pound pack and camp in the wilderness miles away from utilities. In order for families with young kids, elderly grandparents, or persons with disabilities to enjoy the parks, we need to rebuild basic infrastructure like roads, trails, lodges, restrooms and visitors centers.”