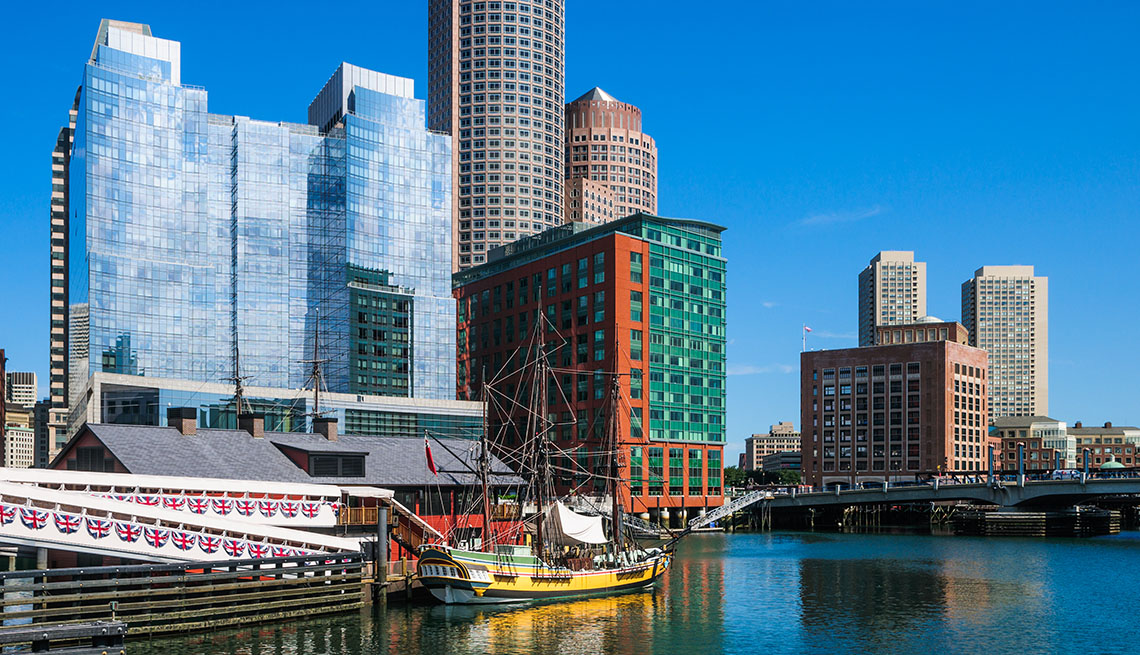 There's plenty to see and do while visiting Boston — including walking tours.

En español | “Huzzah!” we all shouted, hurling boxes of tea overboard into Boston Harbor, egged on by an actor dressed in 18th-century Colonial garb. A huzzah-inducing (or not) election season was around the corner, and I had decided to immerse my school-age kids in a little American history by taking them to the city at the heart of the revolutionary fervor that gave birth to these United States.

So we boarded replicas of the Beaver and the Eleanor — ships rebels invaded on the night of December 16, 1773, to protest Britain’s insufferable tax on their tea. They unloaded some 342 chests of it into the harbor.

We didn’t mind that the tea we dumped was really just empty boxes tied to the ship’s side so they could be hauled back up for repeated dumping. “Tonight we are joined together to end tyranny!” our leader cried, managing to stoke up a bit of giddy patriotic fire in kids and adults alike.

After a post–tea party good night’s sleep, we tackled a section of the Freedom Trail, the 2.5-mile route through the city that includes 16 historic sites at the heart of the revolutionary story. It winds through a bustling downtown to Charlestown on Boston Harbor.

We signed up for a 90-minute walking tour with the Freedom Trail Foundation, starting at historic Faneuil Hall and ending a little more than a half-mile away at Boston Common, the nearly 50-acre public park where British troops quartered in 1775.

Our guide (“Prudence,” in frock and bonnet) led us to the site of the 1770 Boston Massacre by the Old State House, and to John Hancock’s and Paul Revere’s graves in the Granary Burying Ground.

After lunch, we rejoined the Freedom Trail to see Old North Church (“One if by land …”) and Paul Revere’s house in the North End.

Boston is arguably best experienced on foot — if walking is not for you, there are also daily trolley tours — and you could walk the Freedom Trail in a day.

But we chose to save the final section, in Charlestown — with the USS Constitution and Bunker Hill, site of the 1775 “Don’t fire until you see the whites of their eyes!” battle — for another time. We spent the late afternoon exploring the shops and ice cream vendors at Faneuil Hall. There’s such a deep pool of history here that a weekend allows for only a toe dipping. I’ll bring the kids back — after I’ve tried to explain U.S. electoral politics to them.