When rocker Robert Plant wailed about buying a stairway to heaven, what, exactly, did he have in mind? Perhaps one of these out-of-this-world designs — any one of which would be perfect for an ascent to a higher plane. 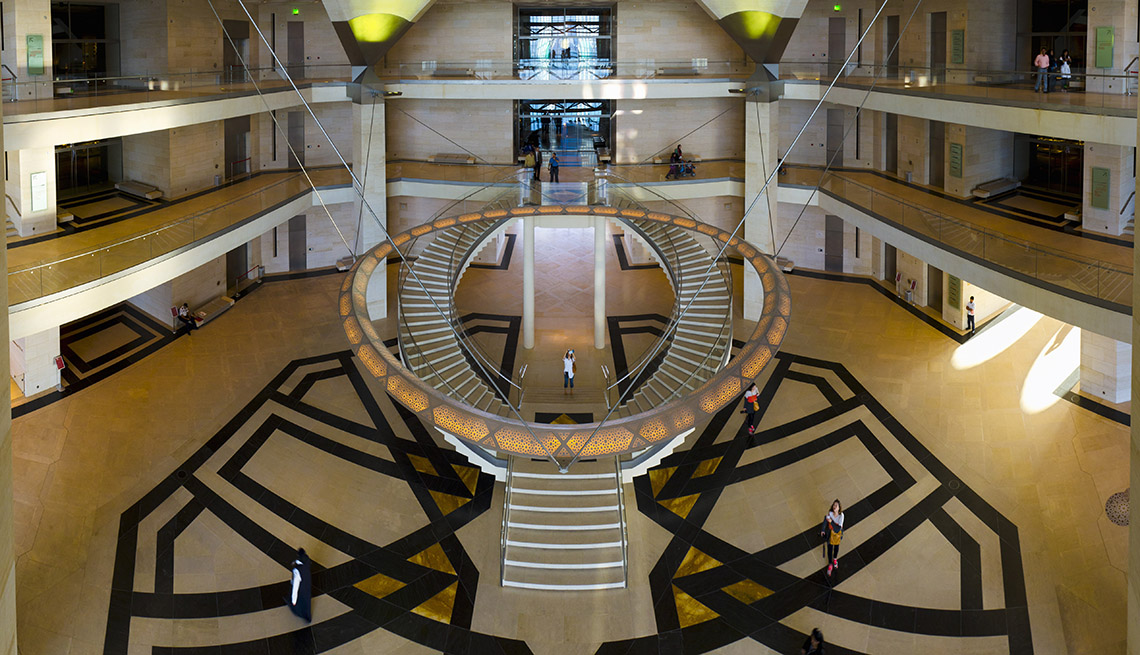 This majestic staircase is the centerpiece of the I.M. Pei-designed Museum of Islamic Art.

If there had been stairs leading into Wonderland, they would have looked something like this ingenious double flying staircase. Set in the center of a museum designed by I.M. Pei and built in 2008, the stairway has an Escher-like design that lets you see its steps from below as well as from above.

This white, curvaceous staircase is as stylish as the people who use it — shoppers in the Fifth Avenue store of Italian designer Giorgio Armani. Created by Italian architects Doriana and Massimiliano Fuksas, it links four floors of a bellissima space.

These stairs appear to ascend into the clouds along a knife-edged pali (cliff) north of Honolulu. Originally built during World War II, the treacherous trail is technically closed, but adventurers ignore signs and dodge security guards to stand atop the mountains. 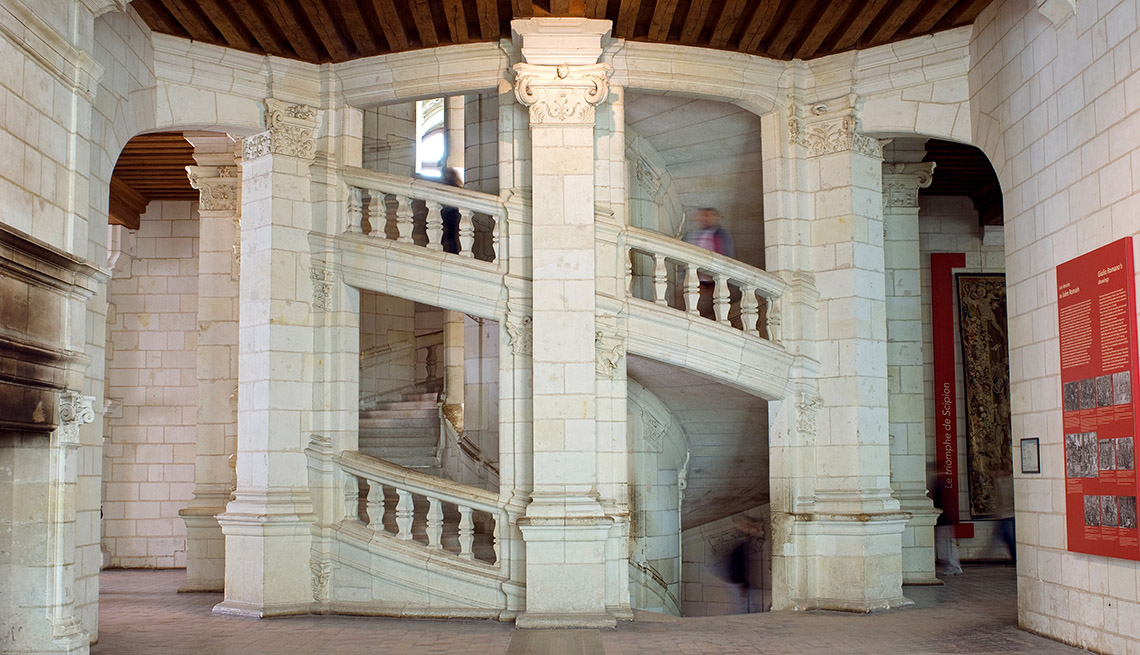 The double helix staircase is in the Château Chambord, once a king's simple hunting lodge.

Believed to have been designed by Leonardo da Vinci for Francois I's massive 16th-century hunting lodge, the three-story staircase actually consists of two distinct spiral staircases that share a central axis but never meet. As a result, guests (or servants and royals) can simultaneously move up and down the stairs without ever crossing paths.

The trompe l'oeil playfulness of the grand staircase in this four-star lodging makes it hard to figure out what's up and what's down, not to mention where you're going. But the elliptical-style, crimson-carpeted stairs do in fact work, linking five floors in grand style. 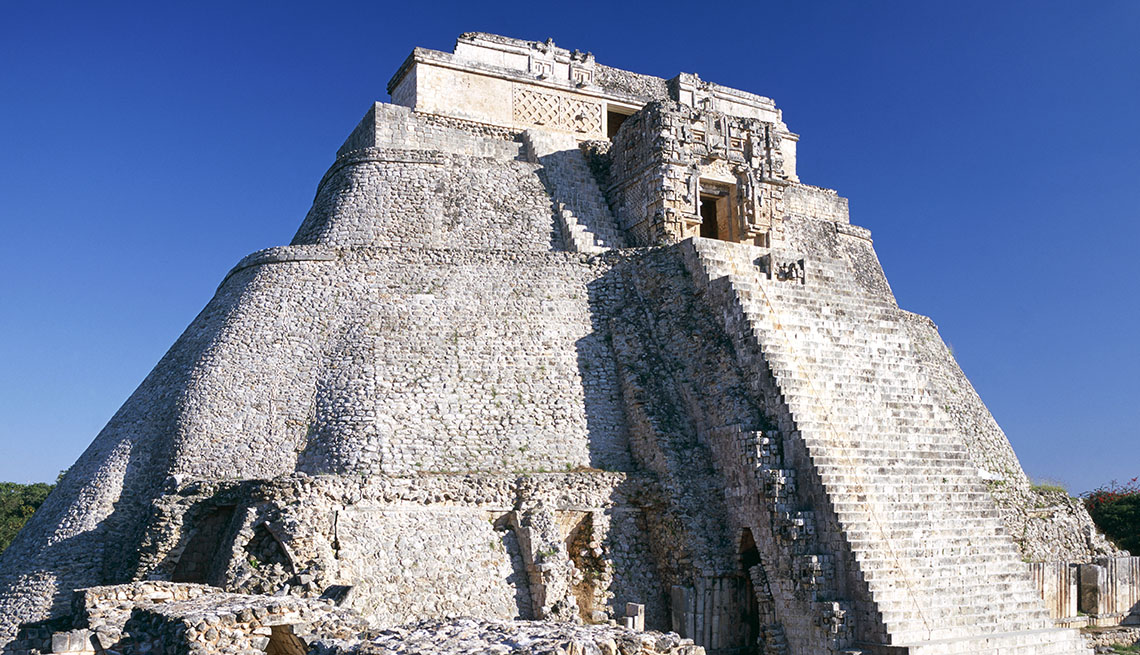 Two staircases lead to the top of the mysterious Pyramid of the Magician.

Straight out of Hogwarts, the labyrinthine, red-carpeted staircase in this 1906 bookstore was designed in a lavish neo-Gothic style by architect Francisco Xavier Esteves. It's surrounded by equally ornate stained-glass windows and wooden banisters and shelves. 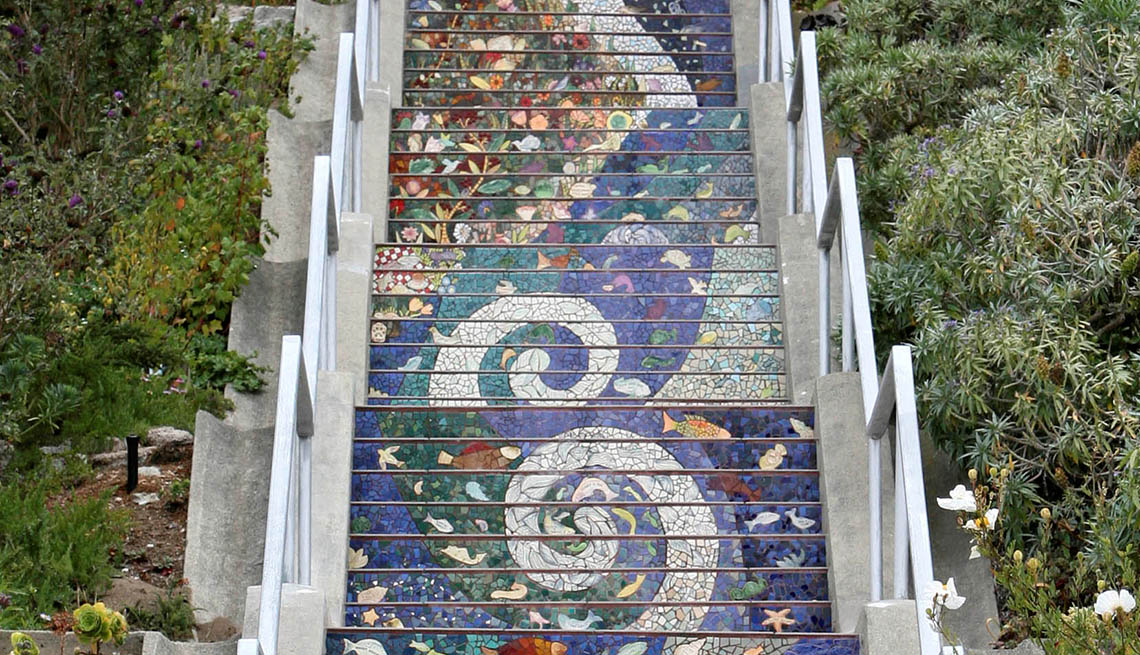 How do you turn 163 city steps into something magical? Artists Aileen Barr and Colette Crutcher did it with bits of ceramic and the help of community volunteers. The images in this remarkable mosaic morph from those of the ocean depths on up to those of the sun.

For nearly four decades, widowed heiress Sarah Winchester oversaw the construction of this 24,000-square-foot, 160-room mansion. It's filled with secret passages, false doors and staircases to nowhere — elements that some say hint at Winchester's fascination with the supernatural.

If, as Roman philosopher Cicero once mused, "A room without books is like a body without a soul," then this library, home to 100,000 volumes, has enough soul for us all. Twin spirals corkscrew up into the soaring space, creating a visual feast alongside the intellectual one.