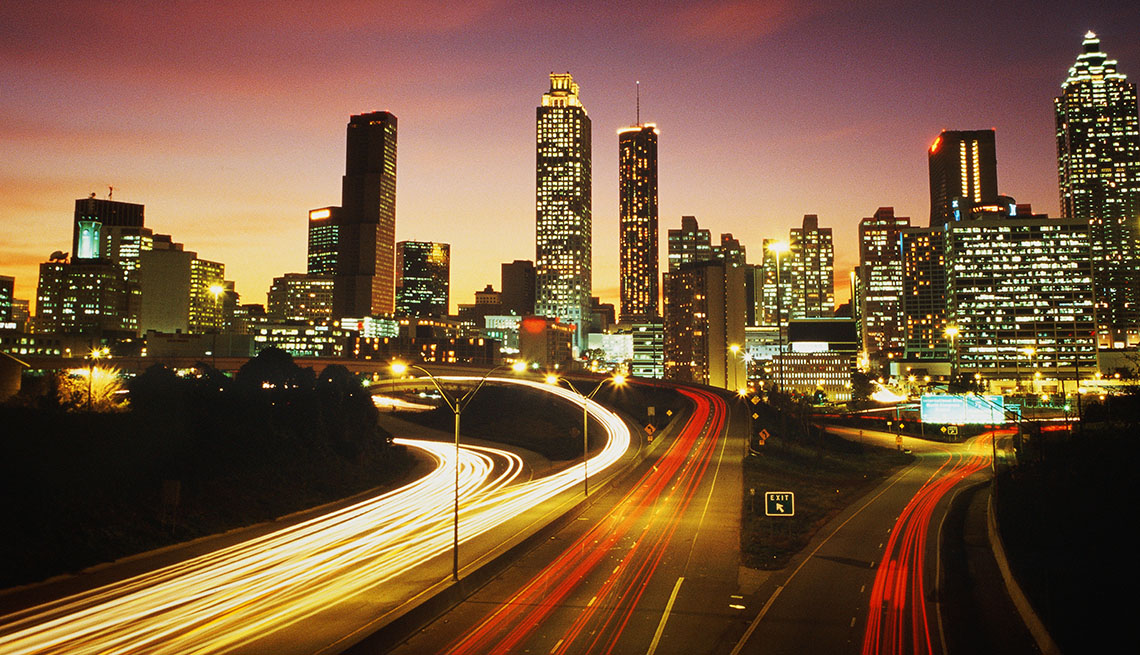 Atlanta is a bustling metropolis with a variety of fun and educational attractions.

There is no shortage of fun things to do in Atlanta. Explore Atlanta’s History Center and historic landmarks, or take a short drive out of the city limits to experience Stone Mountain Park, the Blue Ridge Mountains, or the Chattahoochee National Forest for excellent hiking. Here are 5 off-the-beaten-path adventures to put on your list while visiting in and around Atlanta.

Connect with the Civil War

You can hardly avoid the Civil War during a visit to Atlanta, which was the scene of much bloodshed as Union Gen. William Sherman pushed south in the summer of 1864 — and you won't want to when you see the Atlanta History Center's exhibit. The curators stress that the story is told from both sides of the conflict, and artifacts include a diary from a little girl who recounts her experience during Sherman's raid on the city, as well as compelling letters from war-weary Confederate and Union soldiers to their families.

But there's more to see in this beautiful setting: The center encompasses 33 acres in the Buckhead neighborhood of the city (known for its great shopping and restaurants) and offers an Olympic Games exhibit, historic gardens and the Smith Family Farm — an authentic plantation house with a dairy, blacksmith and garden staffed by costumed interpreters. The campus also includes one of the most-photographed landmarks in the city, the elegant Swan House mansion, which has daily tours and, sometimes, actors playing the part of the family chauffeur or maid.

Mitchell wrote Gone With the Wind in this midtown apartment — part of a three-story building with wide porches that she called "the dump" (it couldn't quite compare with the grander homes of her wealthy upbringing). The best part of a visit here is the anecdotes offered by the tour guides about Mitchell's life and how the novel came to be (including how her husband suggested she sit down at the typewriter after she'd read nearly all the novels in the local library). You'll also see artifacts from the movie set, such as the massive portrait of Scarlett (Vivien Leigh) that hung above the fireplace and was the target of an angry Rhett Butler's brandy snifter. The house is part of the Atlanta History Center, whose main campus is a few miles away, so you can buy a ticket to cover both locations.

Get some fresh air

Only a half-hour's drive from the big city, Stone Mountain Park is a 3,200-acre park and tourist mecca centered on an imposing "mountain" — a massive chunk of granite that's marked by a 90-foot-high, Mount Rushmore-style carving of the Confederacy's Robert E. Lee, Jefferson Davis and Thomas "Stonewall" Jackson, atop their horses. A three-minute Summit Skyride flies you in a cable car right past the generals to the top, where you can take in a great view of the Atlanta skyline and, if it's super clear, the Appalachian Mountains 60 miles away. You can also take about 45 minutes to haul your way up to the summit, or try some of the flatter 15 miles of hiking trails below: The Cherokee Trail is a nice five-miler around the base of the mountain. Camping fans might consider spending a night here; the park (owned by the same folks who run the Dollywood theme park) is home to Georgia's largest campground, with 425 sites and — no small thing — notably clean bathrooms.

Drive northeast about an hour and 45 minutes from Atlanta and you'll hit the foothills of the Blue Ridge Mountains and a German-themed Alpine village in the town of Helen. A major event here is  Oktoberfest, which means you're right on target to join in on the fun: Enjoy German beer, wine, schnitzel and such; hear German and Austrian bands; try some polka dancing; and shop the town's crafty little stores. Plus, it means that weekends are jam-packed, so consider visiting on a weekday. Additionally appealing is that Helen lies just outside the Chattahoochee National Forest and is surrounded by excellent hiking. And because this area is at a high-ish elevation (1,500 feet), it'll be a little cooler than other parts of Georgia — including Hotlanta.

Yes, it's about 250 miles southeast of the city, but if you don't often (or never) get to this part of the country, take a side trip to this Southern gem. Savannah's must-see list is topped by the Historic District, a National Historic Landmark area where you'll see a neat grid of lovely 18th- and 19th-century homes, cobblestoned streets and green public squares with trees draped in Spanish moss (the Savannah Visitor Center is at the west end, where you can get oriented). You might visit the Mercer-Williams House Museum, made famous by the book Midnight in the Garden of Good and Evil (it's where the central character, Jim Williams, lived, and his assistant was shot), or the birthplace of Girl Scouts founder Juliette Gordon Low. Think about splurging on a dinner at the landmark Olde Pink House, an 18th-century mansion that was once a meeting spot for sailors and is now a restaurant steeped in Southern charm, with a menu that includes fried green tomatoes and blue crab beignets. The Historic District also has the popular City Market, four blocks of restored warehouses filled with artists, shops and restaurants.