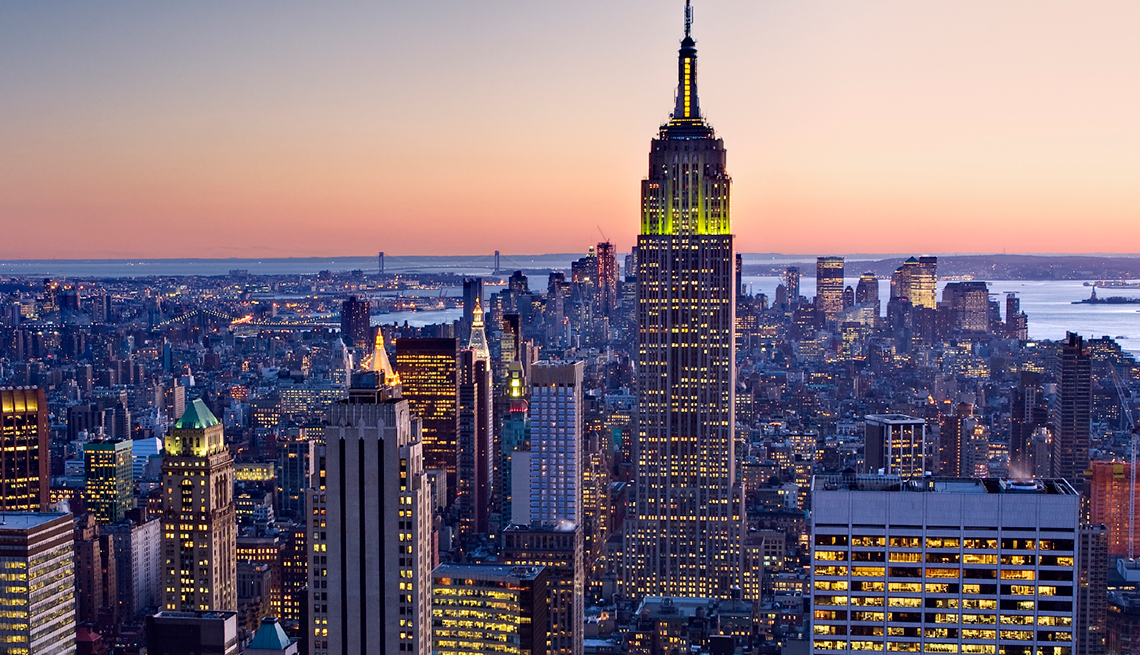 The Empire State Building is a popular tourist attraction.

There's nothing cooler than a classic, and this building is as classic as they come. Built in less than two years during the Great Depression, the limestone-clad Art Deco marvel wowed the world as the tallest structure on the planet for 40 years. At 103 stories, it's only three floors shorter than the gleaming new 1 World Trade Center — but its famous silhouette, iconic spire (designed to serve as a mooring mast for dirigibles, though it never actually did) and location in the heart of Manhattan remain unrivaled. 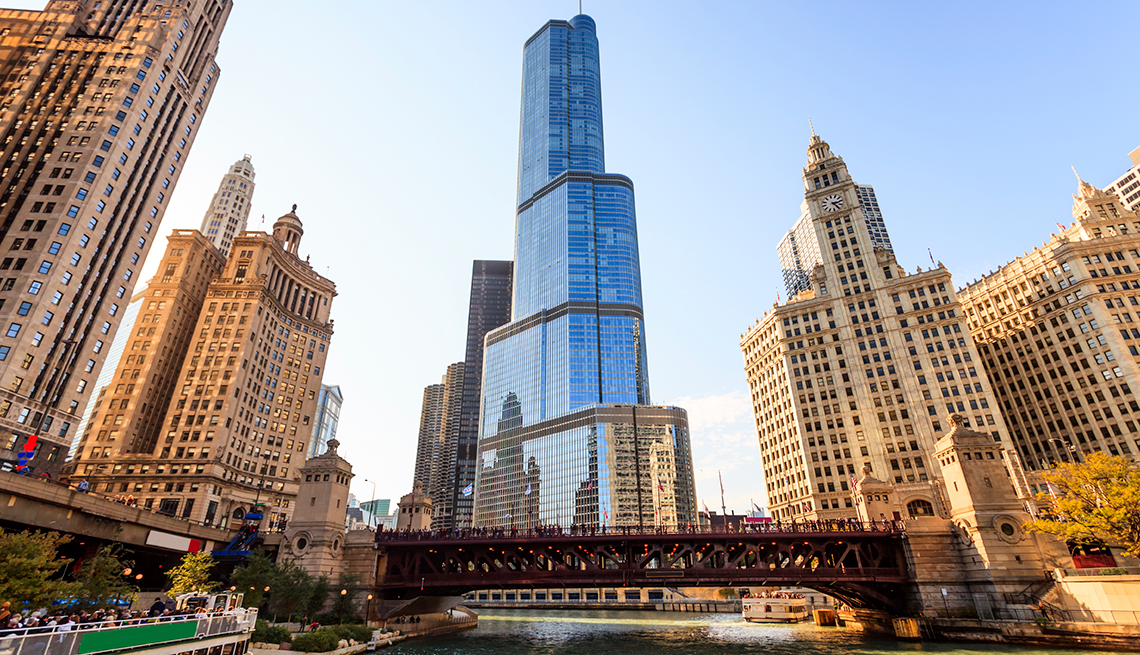 Trump Tower stands out from other buildings in Chicago

Perched on the north bank of the Chicago River, this 96-story tower manages to both stand out and blend in with the Windy City skyline. Skidmore, Owings & Merrill, the renowned architectural firm, designed it with three setbacks that match the heights of neighboring buildings. They also rounded its edges for a more aerodynamic and shapely façade. And even though developers reduced its height after 9/11, the tower is still the second tallest in Chicago (the first is the Willis Tower, aka the Sears Tower) and 12th tallest in the world. 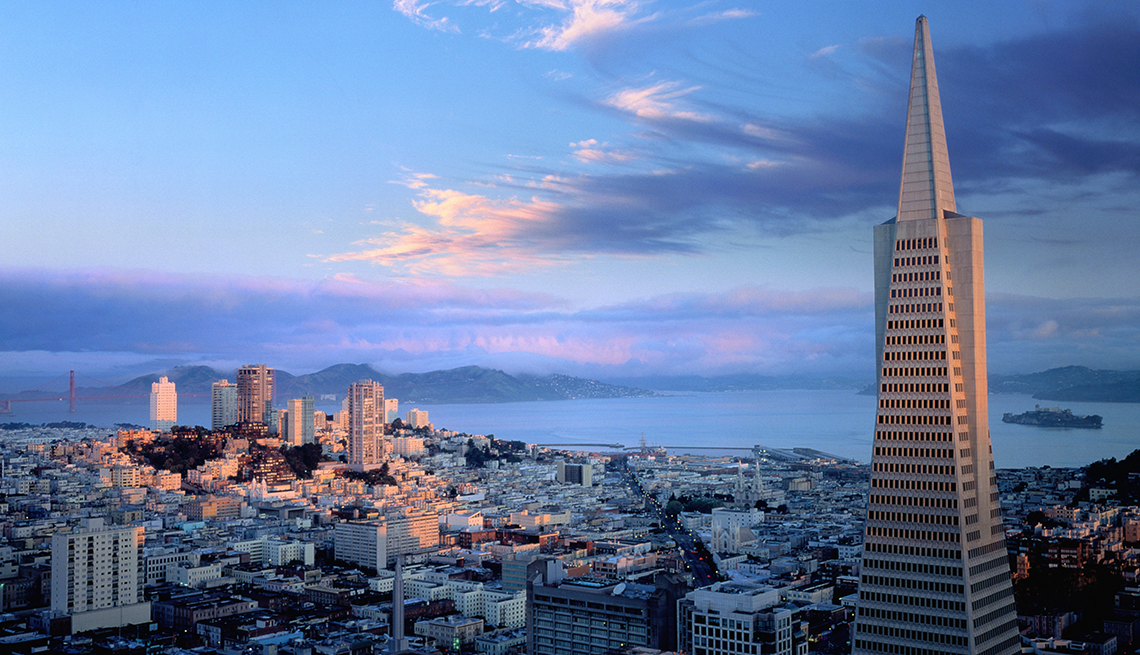 The Transamerica Pyramid in San Francisco is one of our favorite skyscrapers in America.

Though it tops out at just 48 stories, this modern icon remains the tallest in San Franciscosince it opened in 1972. Its unique design literally took the pyramid to new heights and was an innovative way for architect William Pereira to bounce natural light down to street level — with the addition of two "wings" that accommodate elevator and stairwell shafts. Crushed-quartz gives the façade its brightness and pure white color, and a wide base on a nine-foot-thick foundation bolsters the structure's sturdiness — important in a town famous for its earthquakes. And though the Transamerica Corporation no longer occupies it, the tower's distinctive silhouette remains the company's logo. 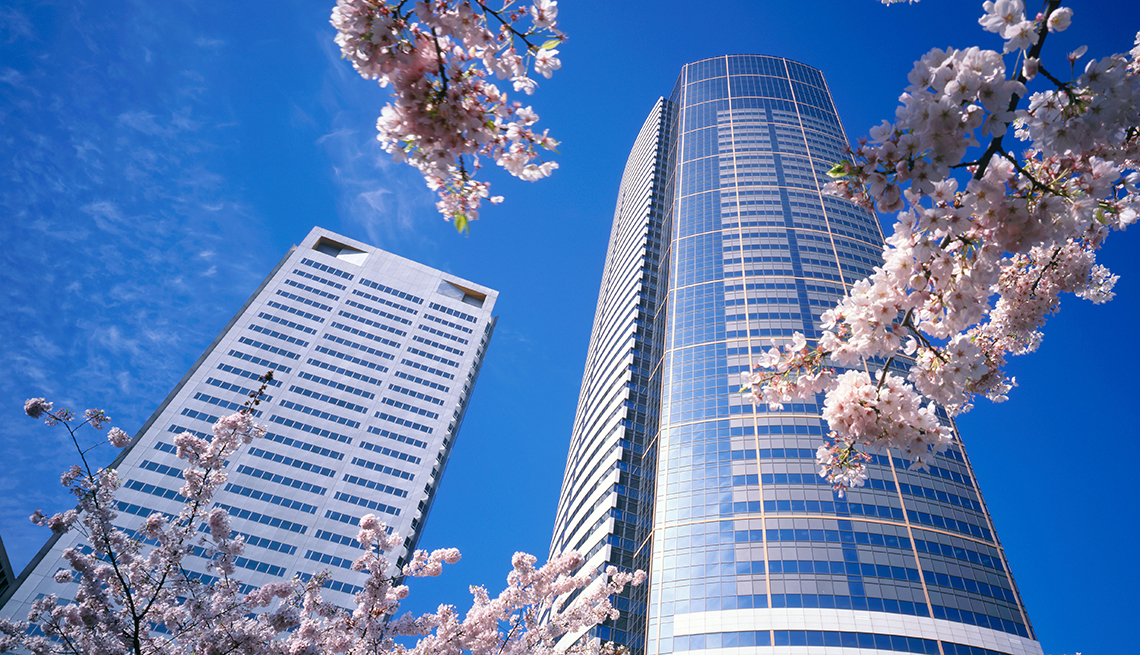 2 Union Square is one of Seattle's tallest buildings

A gently curving façade, bow-like roof, and edge-positioned American flag give Seattle's 2 Union Square the appearance of a yacht cruising across the Emerald City skyline. The steel-and-glass tower opened in 1989 as a model of environmental sustainability. Not only is it water- and energy-efficient, with reduced CO² emissions, but it's also a man-made oasis, with raw granite, lush trees and flowing water in its ground-level public plaza. Rising to a modest 56 stories, the tower is overshadowed by its two taller downtown neighbors — Columbia Center and 1201 Third Avenue — but neither can rival its semblance of smooth sailing. 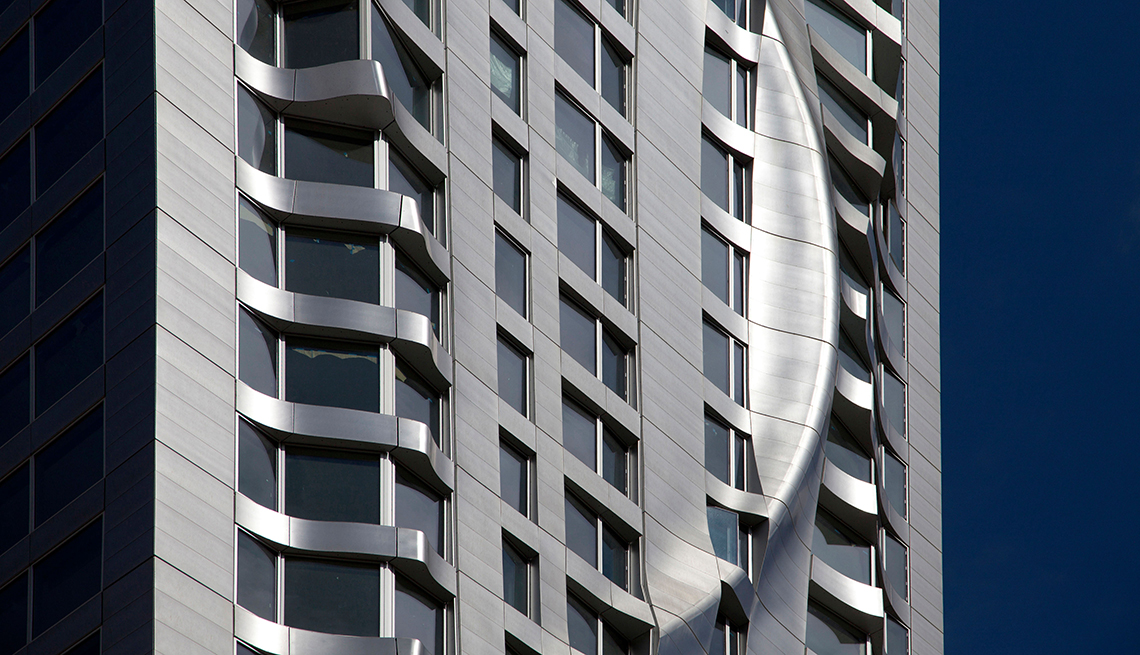 Part of the lower Manhattan architectural renaissance that followed the 9/11 terrorist attacks, 8 Spruce Street opened in early 2011 as the tallest residential tower in the Western Hemisphere at a height of 870 feet (76 stories). But even more striking is its unique stainless-steel façade, comprised of undulating panels that form a skyscraper unlike any other in a city filled with them. Although "starchitect" Frank Gehry gave the tower, his first skyscraper, the metallic, shape-shifting design for which he's famous, the developer's "value engineering" alteration after the 2008 recession left the building's south side totally flat. Still, 8 Spruce Street remains one of the country's coolest towers — at least on three sides.