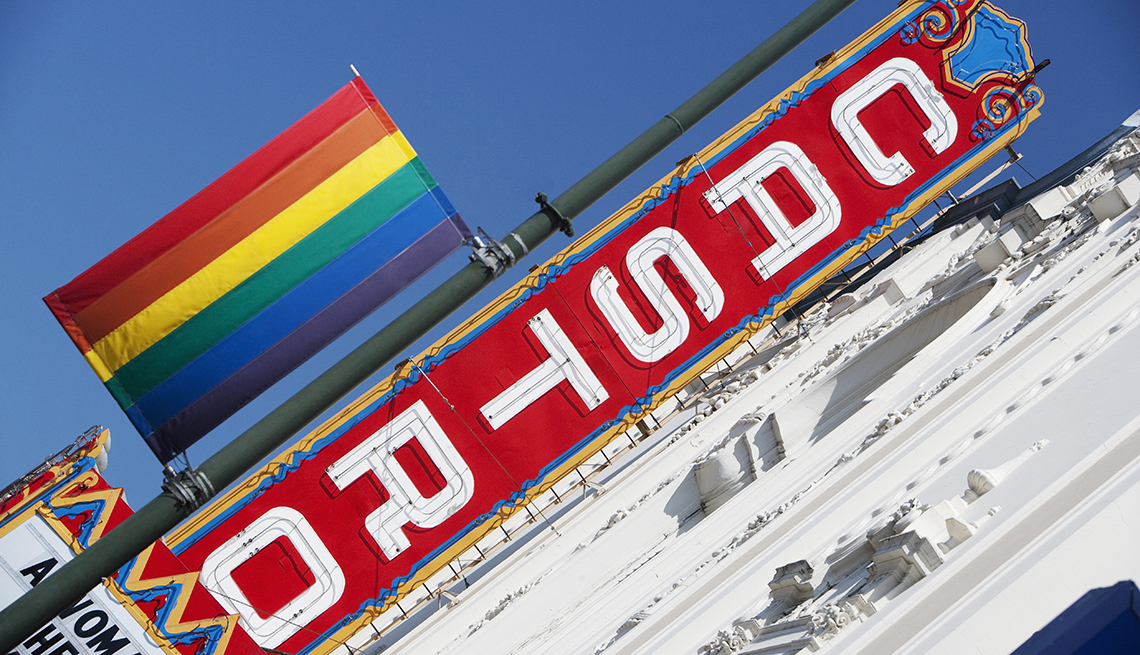 Visit America's out and proud communities.

Ours is a nation big on freedom. And, from coast to coast, many of our cities freely fly their rainbow flags — thanks to thriving gay and lesbian communities. In fact, just about every major U.S. city can proudly boast a "gayborhood" or two, with hotels and other businesses that are friendly to members of the lesbian, gay, bisexual and transgender (LGBT) community. Here's a look at five domestic destinations that fly their gay-pride travel flags the highest.

It's a gorgeous city with temperate weather just about all year long, but in terms of gay travel, those perks are just gravy on top of what is truly the most out-and-proud community in the country — possibly the world. The City by the Bay, home of late LGBT-rights pioneer Harvey Milk and countless other groundbreaking leaders, sets the trends when it comes to freedoms for its citizens and its robust tourist scene. Every day is like Pride Day here, with less fanfare but just as much zeal. The welcoming spirit sure makes San Francisco feel a lot like home, no matter where you're from.

If San Fran wears the big gay crown on the "left coast," the Big Apple would kindly like to point out that it was here that the Stonewall riots set off the gay-rights movement one hot summer back in 1969. The historic Stonewall Inn bar is still welcoming LGBT patrons, and it is one of countless out-and-proud hubs throughout the city. There is no rival for the glamour, the fun and the pride of America's biggest, most adventurous city.

The gays have taken to the hot beaches of Miami, where the country's first official gay hotel, the Lords South Beach, swung open its sparkly doors in 2010. The hotel is right in the heart of Miami's gayest area — around Collins Avenue and 11th Street — where clubs get started late, magically transforming breakfast into bottomless bloody mary brunches. Pride is part of the culture in this city, where beauty mingles with bikinis and sleep is what you catch up on only when the vacation's over.

Our nation's capital is also a bastion of LGBT pride. Among the regal architecture and patriotic memorials, travelers will find a low-key yet populous gay scene, stemming mainly from bustling Dupont Circle. This is one of the country's most famous gayborhoods, with friendly restaurants and bars throughout it. A night out might lead to chats with political aides or members of the military, usually well educated and with a hint of Southern charm — D.C. is south of the Mason-Dixon Line, after all. Bring your best conversation skills, and see if you can't extract some classified information.

It's not just big cities that have a welcoming spirit. At the end of Cape Cod is what might well be the country's gayest little town: P-town. There seem to be just as many rainbow flags flying around here as there are charming wood-shingled cottages. It's a favorite for gay weddings, especially since same-sex marriage became legal in Massachusetts before any other state, back in 2004. Romantic it may be, but solo travelers should not fret — a good time can be had by all, be it at a cozy B&B, on a stroll along the dunes or during happy hour and an NYC-caliber drag show. P-town has it all.