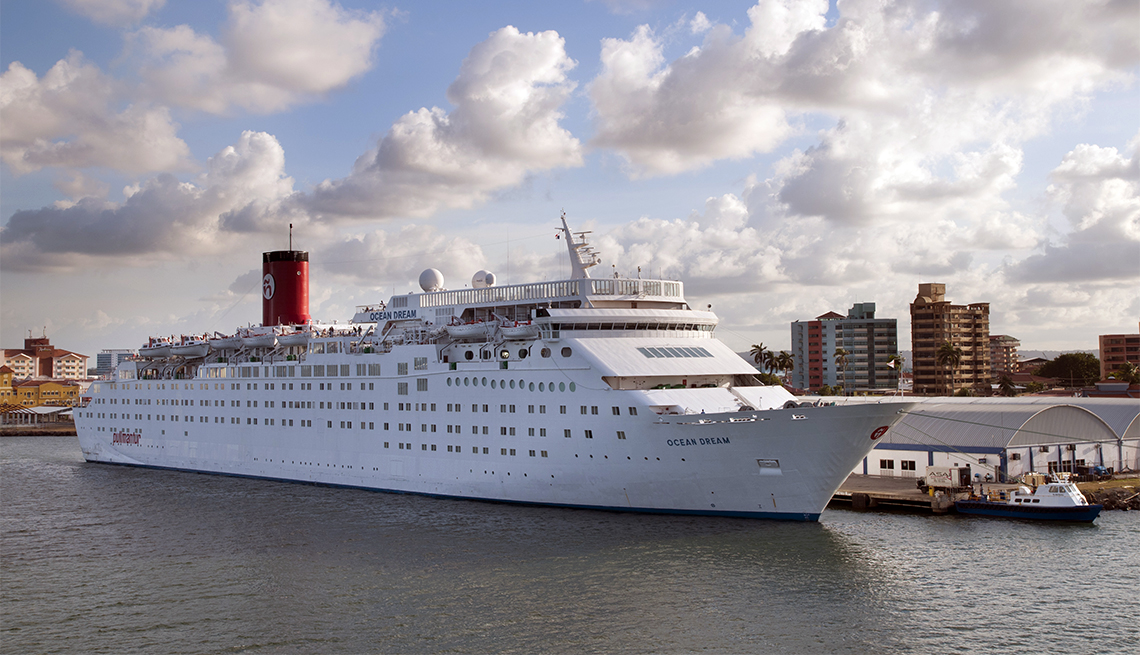 Panama City is part of the famous 48-mile canal connecting the Pacific and Atlantic Oceans.
iStockphoto
By
John Roberts
February 01, 2018

As the sun dropped low on the horizon, my wife, Colleen, and I joined three dozen other passengers on the deck of our small cruise ship to watch, awestruck, as the vessel slipped into Gatun Locks, then was lifted some 30 yards above sea level to the man-made Gatun Lake, the first of three sets of locks we’d soon pass through.

We were at the Caribbean mouth of the nearly 50-mile-long Panama Canal on a weeklong journey with UnCruise Adventures, from Panama City to San José, Costa Rica. The canal, a magnificent feat of engineering that the United States opened for shipping traffic in 1914, has been under Panama’s control since 1999 and is a key passage from one side of the Americas to the other for about 14,000 ships every year.

As our ship, Safari Voyager, and all 36 of us on it were lifted skyward, I recalled what a different experience it was to take this same journey on a much larger boat. 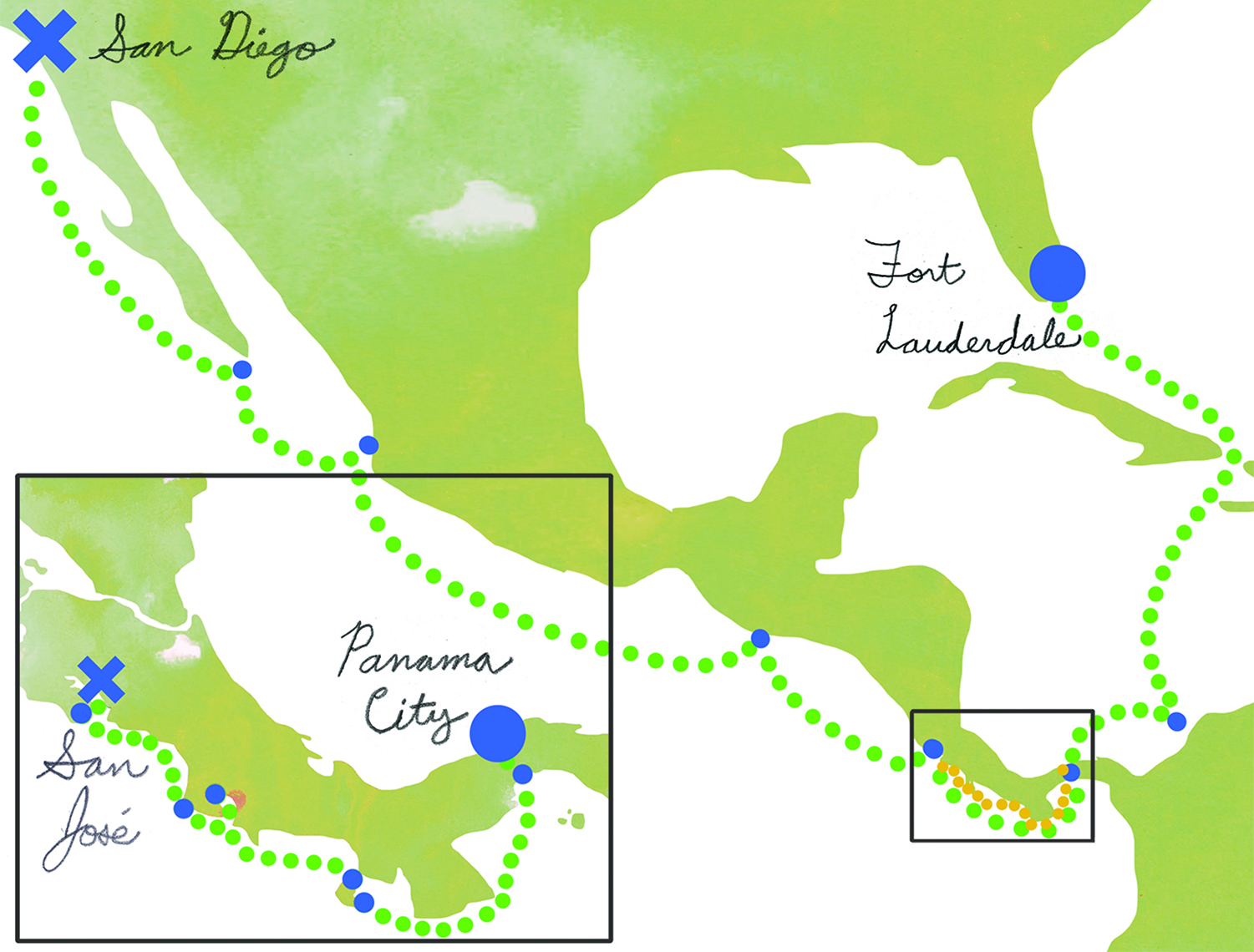 Just two years earlier, I had cruised the canal on the much larger Celebrity Infinity. Ships such as the Infinity, with room for 2,170 passengers, fill the entire lock chamber; we could have reached out and touched the walls from our stateroom balcony. That ship provided spacious viewing areas at the bow — spots that got extremely crowded as people rose early to witness the massive vessel passing under the Bridge of the Americas and entering the first set of locks (the Miraflores Locks, on the Pacific side) to the canal. And it was a visually stunning cruise, especially for my first time at the Panama Canal. (It was helpful that, the night before, I’d seen a documentary about the building of the canal, and an expert from Panama came aboard to give a talk for part of the crossing.)

The locks were a highlight of the Infinity’s two-week transit from San Franciscoto Fort Lauderdale, Florida, which also included stops in Monterey, California, and Cabo San Lucas and Puerto Vallarta, Mexico, before reaching the canal and Cartagena, Colombia, and the Caribbean afterward (about $1,249 per person, double occupancy). But the overall journey was that of a classic ship-focused cruise, with everyone enjoying bars where mixologists stirred up vodka-soaked refreshments, and there were multiple restaurants and sundecks, as well as pools and couples massages. Our spacious cabin offered amenities such as fancy toiletries, a minifridge, room service meals and a balcony. Excursions included city tours, boat rides in Gatun Lake to spot monkeys, and tram tours in the rain forest.

On the more expensive (from $4,395 per person, double occupancy) small boat, there were no discos or spas, but we found some serious camaraderie. It was easy to bond with our little group of passengers, most of whom were 50 and older, like me. We stayed in the heart of the Panama Canal region for several days, with an emphasis on exploring it in an active and intimate way.

We fully immersed ourselves in the remote wilderness of Central America. The itinerary included small-group activities, such as snorkeling in the turquoise waters near Panama’s Isla Iguana and walking with our guides in the jungles of Costa Rica’s Peninsula de Osa.

We often were the sole people at a destination, entering protected areas and national parks accessible only to small vessels such as ours. In Coiba National Park, off Panama’s Pacific Coast, we rode skiffs ashore to the secluded, tiny islet of Granito de Oro. We were greeted by thousands of hermit crabs crawling the sands and nibbling at our toes, then donned snorkel masks and fins to enter a magnificent Technicolor underwater world of fish and coral.

Back aboard, we were happy to fall into bed for a restful night’s sleep in our small but comfortable and functional stateroom, well aware that this trip was less about the boat and more about the spectacular places it could take us.

1. You are in the tropics and will need insect repellent, sunblock, a good hat, a rain jacket and clothes that protect your arms and legs. Bring comfortable hiking shoes that can get wet and muddy.

2. Invest in a camera and lens that can shoot well at a distance. You want the best chance to catch those epic images of whales breaching, and scarlet macaws and monkeys in the trees.

3. Study the canal’s history to better appreciate the journey. A couple of good books are The Path Between the Seas: The Creation of the Panama Canal, 1870-1914 by David McCullough and Panama Fever by Matthew Parker. You might also watch PBS’ A Man, a Plan, a Canal, Panama, available as a DVD narrated by McCullough.