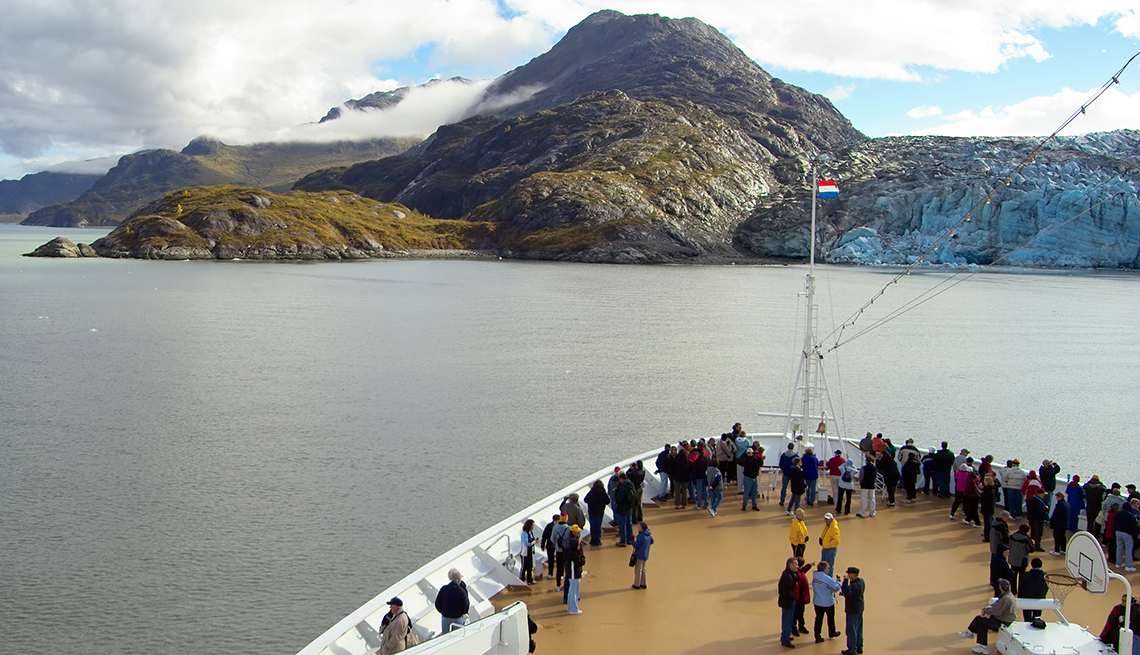 A record-breaking 1.06 million passengers will cruise in and around Alaska this year.

The frigid waters of America’s largest state have been a favorite of cruise lovers for more than seven decades, but travel executives say 2017 is shaping up to be the busiest ever. A few timely birthdays, rising interest in so-called “expedition travel” and a desire to stay a little closer to home these days are all fueling the trend, they say.

Cruise Lines International Association (CLIA), the world’s largest cruise industry trade group, expects a record-breaking 1.06 million passengers on ships in and around Alaska this year, up from the previous record of 1.03 million in 2008. The industry’s biggest players are scrambling to add capacity, but still they are struggling to keep up with demand.

John Binkley, president of CLIA Alaska, says sensible tax and regulatory policies are luring the operators, and savvy marketing is attracting the passengers. “We are seeing record bookings this year,” he says.

Among the other reasons is a spate of anniversaries and the hoopla surrounding them.

This year marks the 150th anniversary of the October day in 1867 when the Russian flag was lowered in the territorial capital of Sitka and the Stars and Stripes raised, making Alaska an official territory of the United States. It is also the 75th anniversary of the opening of the 1,387-mile Alaskan Highway connecting Dawson Creek, British Columbia, and Delta Junction, Alaska, as well as the 100th birthday of the 6 million-acre Denali National Park in the interior of the state.

Events are planned throughout the summer to commemorate the anniversaries, including a summer festival in the shadow of Mount Denali (formerly called Mount McKinley) at Denali Park, public lectures throughout the state and a touring road show that will hit most of the outposts along the Alaskan highway.

The appeal of such inland amenities as Denali and Alaska’s other natural assets is another reason Alaska is popping up on nearly every travel-trade publication’s list of 10 hot spots for 2017. Retiring boomers are proving to be far more adventurous travelers than previous generations, and Alaska has no shortage of adventures.

Lindblad Expeditions has paired up with National Geographic and will launch a brand new 100-passenger vessel in late June that’s capable of venturing into out-of-the-way spots inaccessible to the larger ships. Among its offerings are two 13-day voyages through the Inside Passage, multiple eight-day coastal wilderness trips, and brand new bird-watching and photo safaris.

The appeal of such smaller ships is the ability to get up close and personal with the state’s abundant wildlife and other natural assets. Like Lindblad, many of the smaller outfitters offer kayak or Zodiac landing craft excursions that allow snap-happy travelers unparalleled views of everything from orcas, whales and bald eagles on the water to brown bears, caribou and moose on land.

Travelers longing for a more traditional cruising experience will find no shortage of options. Bigger players are rapidly upping their capacity to meet the rising demand. Holland America Line is redeploying its 1,916-passenger Oosterdam from Europe to Alaska this summer, bringing the number of vessels in the region bearing its flag to seven. Holland America says it will offer a total of 135 departures between May and September of this year.

Demand is so hot that, according to industry tracker Cruise Critic ker Cruise Critic, sailings are selling out up to a year in advance. In years past, there was so much capacity that even with a limited May-September season, there was rarely a shortage of cabins. But with more and more people opting to avoid international hot spots such as Europe or Asia in favor of domestic destinations, the market has flip-flopped and space can be hard to come by now.

Few are expecting the demand to wane anytime soon, and industry execs are planning accordingly. In 2018, Norwegian Cruise Line plans to launch a 4,000-passenger megaship christened the Norwegian Bliss that was custom-built with features and amenities designed for Alaskan cruising. Princess Cruise Lines says it will increase overall capacity by 15 percent in 2018.

Even the storied British line Cunard is getting back into the game and will steer its venerable Queen Elizabeth from Japan to Alaska in 2019, marking the first time that any of its three current ships have visited the 49th state.