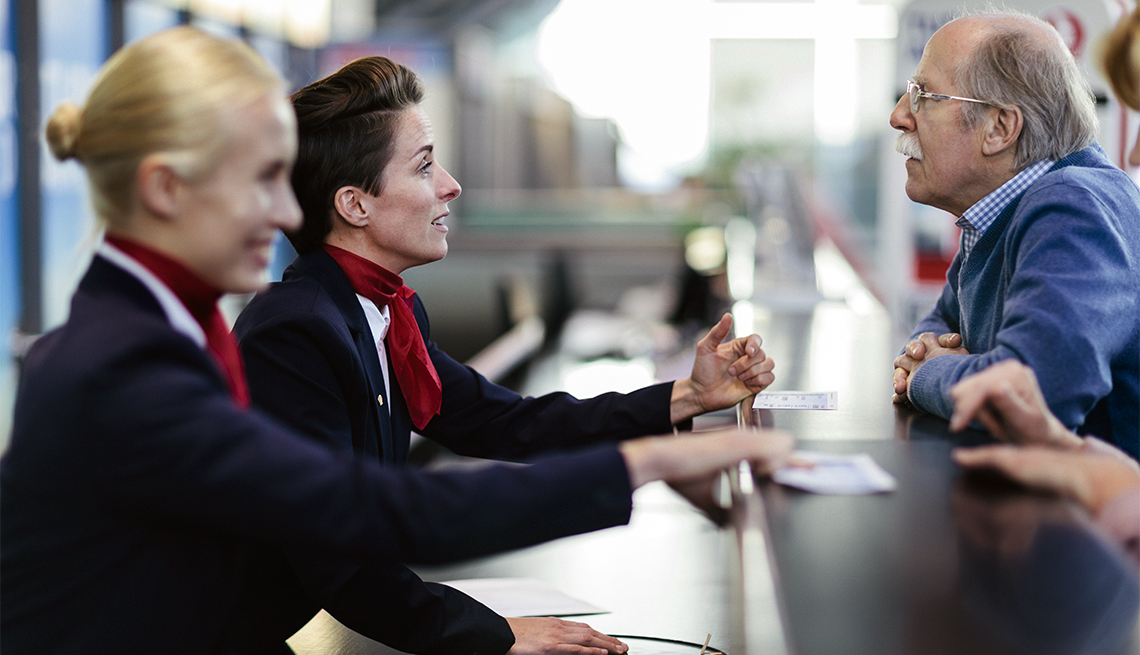 Passenger rights could soon be like legroom on airplanes: diminishing rapidly. The Department of Transportation (DOT) froze all pending airline regulations in 2017, and a DOT task force may repeal or modify hundreds more, says Mark Hudson, president of Flyers Rights, a consumer advocacy group.

“The airlines have asked the government to stop regulating customer service issues,” says Christopher Elliott, a consumer advocate and author of How to Be the World's Smartest Traveler. “Rules that were added to our list of passenger rights over the last several years could soon be taken away.”

Those rules cover everything from the airlines’ responsibilities to consumers on canceled flights and with lost luggage to policies about unaccompanied children and service animals.

Here's what you need to know about flight delays and cancellations:

Federal regulations are still on the books (for now), so know how you’re protected. Under the government's 24-hour rule, as it’s known, travelers can cancel a flight within 24 hours of booking it and receive a full refund. If you find out that your flight originating in the United States is overbooked when you get to the airport, you could receive up to $675 if your “substitute transportation” arrives between one and two hours late or after the original flight was scheduled (or up to $1,350 for delays over four hours on international flights). The DOT outlines passenger rights regulations on its site, and you can also file a consumer complaint.

Read the airline's contract of carriage because that's where you'll find what each company says it will do for you. Some contracts of carriage are vague — they note that they “may” provide hotel accommodations in case of cancellations and delays, for example — but others are more specific. American Airlines states that if “we don’t board to your final destination before 11:59 p.m. local time, we’ll arrange an overnight stay at your connecting airport, if available.” Here are contracts of carriage for American, Delta, Frontier, JetBlue, Southwest and United.

Under a European Union (EU) regulation known as EC 261, you may be entitled to up to 600 euros (about $745) if your flight was canceled or delayed by three hours or more, and if you don’t arrive at your final destination within two hours of the scheduled arrival time. It also applies if you’re denied boarding. The regulation covers EU airlines flying to the EU, as well as any airline flying from the EU. So if you’re traveling from New York to Paris, the rule applies only to airlines such as Lufthansa. But if you’re flying to the United States from Europe, it applies to U.S. airlines as well.

European airlines are also required to offer accommodations, even if a delay is not their fault. This happened in 2010 when a volcano in Iceland grounded flights to Europe. Because consumer rights are much stronger in the EU than in the U.S., says George Hobica, an airline expert and former president of Airfarewatchdog, “when possible, I always suggest booking on an airline registered in the EU.”

Ask for a voucher or compensation for bumping or accommodations during your delay while you're still at the airport, Elliott says. "Once you’re home and you contact the so-called customer service department, they’ll come up with 100 different ways to say no.”

When submitting a written complaint, it helps to cite the specific rules violation. For example: If an airline oversold the flight, no one gave up his or her seat, and you were denied boarding, note that you're entitled to cash compensation under DOT regulations.

Airlines would rather give you a voucher than cash, Elliott says, but you don’t need to take their first offer. In March 2018, a United passenger was bumped from a flight — but instead of accepting a $2,000 voucher, she held out for cash. The airline ultimately offered a $10,000 voucher, which, yes, she accepted. “This is how badly United didn’t want to give me cash,” she tweeted.

If you’re stranded in an airport and the contract of carriage doesn’t provide a hotel room, many U.S. airlines will still provide accommodations, says Dana Storr, a travel agent with TravelStore in Los Angeles. “You have to ask,” she says. “They won’t just give them out.”

But to improve your odds, choose patience over ranting. “You’ll have more success if you’re calm and polite,” Hobica adds.

You’ll often get a faster response to your dilemma by publicly tweeting — where people are watching online — than calling customer service. Which North American airlines are most responsive? JetBlue and Virgin America both respond to tweets in under five minutes on average, according to a 2017 study by Conversocial, a customer service consulting firm. The worst? United. Its average Twitter response time was one hour and 34 minutes. American had the highest response rate at 32.6 percent, followed by Delta at 31.3 percent.

When you need more help

For additional info on passenger rights, go to the DOT site and others, such as Elliott and Flyers Rights.