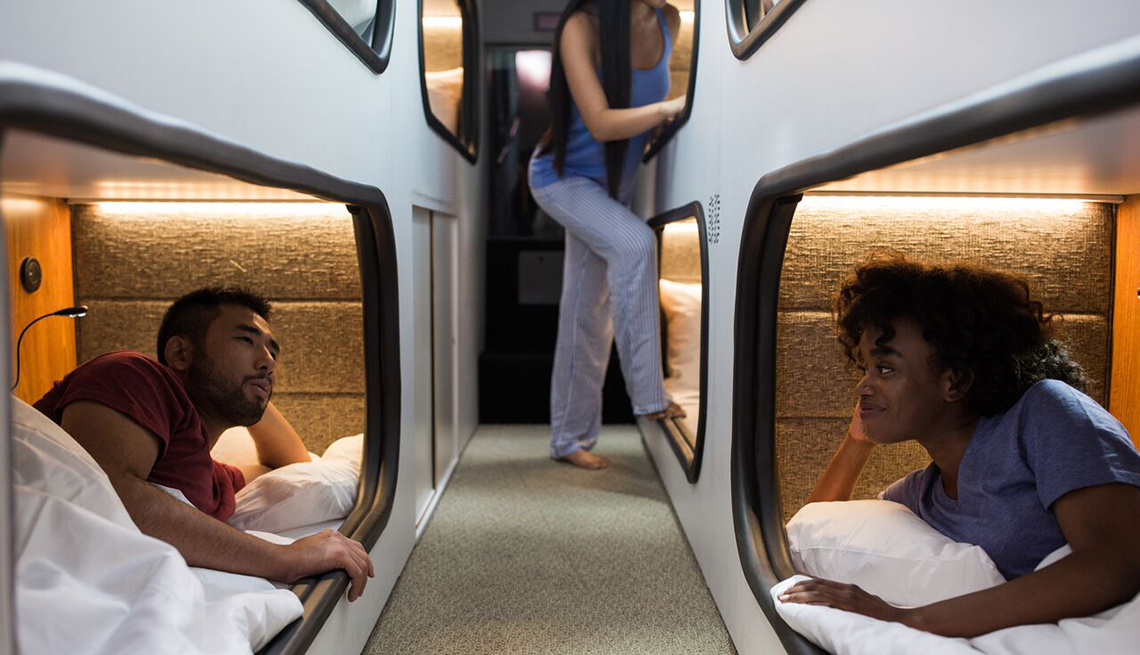 If you’ve been to Europe, you’ve probably seen the fast, convenient rail networks that connect much of the continent. But passenger rail service remains relatively sparse in the western United States, and times aren’t always convenient for travelers. Flying between two cities also can be surprisingly time-consuming, once the trip to the airport and the grind to get through security and to your gate are calculated.

A California startup called Cabin is seizing an opportunity here and running an overnight bus service between Los Angeles and San Francisco. And calling it a “bus service” may be more than a bit misleading.

Cabin is designed to let its customers sleep through the trip. Its buses contain 24 private, pod-like sleeper cabins, each with sound-absorbing walls, blackout drapes, power supplies and a reading light. Rates currently run about $115 each way, and the eight-hour trips are always made overnight. For nonsleepers, there is a lounge.

The price is slightly higher than weekend flights from Los Angeles to San Francisco and back, but passengers also don’t have to hassle with airports and can maximize the time they spend in the two cities.

"This is not a bus. This is just square footage that moves,” company cofounder Gaetano Crupi told Business Insider.

The square footage is nice, though: The company touts its "luxury bedding," onboard attendants (not just a driver) and overall amenities. And for a certain kind of traveler, that might be exactly what is needed.

Cabin began its sleeper service in July, after a test program last summer sold out. The company intends to expand daily service in September.