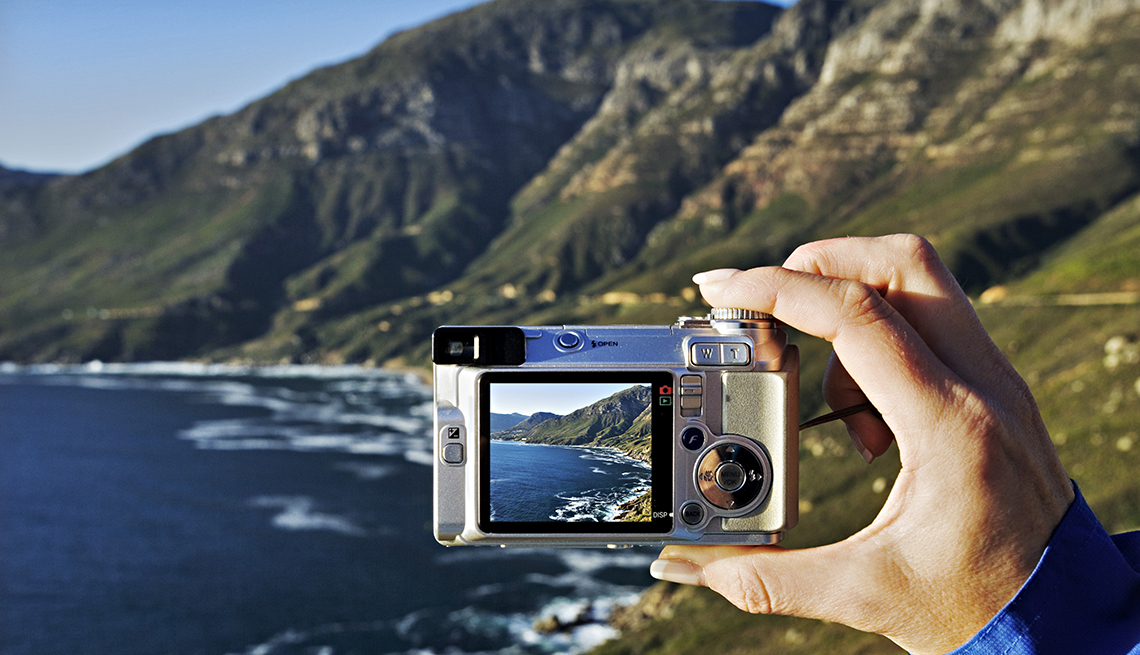 Digital photography has put the "snap" back into the "shot." Before digital, you never really knew if your photos made the grade until you developed the film. But today's digital gear — smartphones, point-and-shoots and digital single-lens-reflex cameras (DSLRs) — let you shoot to your heart's content and edit on the spot. Even better, computer and telephone technology let you share vacation shots in real time with friends and family.

Though it's easier than ever to get the effects you want, there are still a few basic rules that make good shots a snap. Here's how to take great pictures — wherever you are.

In my first job out of college I was the jack-of-all-trades at a small-town newspaper: reporter, feature writer, go-to photographer. Many of the photos I took were what are known as "grip-and-grins" — shots of the town council, say, or the happy winners of a fishing tournament. Let me tell you, nothing looks sillier than a group photo that's 90 percent background and 10 percent (very small) people. Don't feel that you have to shoot subjects from head to toe; for a really worthwhile shot, get in close enough that your subjects fill the frame — or even closer. Taking shots of people in the foreground against a scenic backdrop can also give your vacation photos a sense of depth.

For memorable vacation photos, look for striking contrasts of pattern, texture, and black and white or colors. A white sailboat against a turquoise sea, for example, or a colorful hot-air balloon floating in a robin's-egg-blue sky are classic examples of distinct elements set against one another. You can find striking contrasts in monochromatic color as well. Look at Ansel Adams' brilliant landscapes to appreciate the many different shades of black. Opposing patterns also make for exciting shots, as do shots of contrasting textures. Photographer Henri Cartier-Bresson was a master at juxtaposing textural elements as well as light and dark: here, a woman's legs stretch out of the shadows on a floral rug; there, a boy rides a bike on cobblestone streets with the coiled-up energy of winding stairs practically propelling him out of the picture.

3. Learn composition from the Old Masters

You can't go wrong soaking up classical Greek composition, where balance and symmetry are key. Consider framing your photo using the classic "rule of thirds," where the shot is divided into nine equally sized rectangles created by two imaginary horizontal lines bisected by two vertical lines within a frame. The idea is to position the essential elements of your shot along those imaginary lines or where they intersect. When taking landscape or sea-and-sky photos, consider the works of the 16th-century Dutch landscape painters, who created dramatic paintings using a "three-quarters-sky" ethos.

Many digital point-and-shoots and smartphones take admirable vacation shots in bright, sunny, natural light but stumble in poor lighting conditions. And, depending on the camera, use of the flash can result in either crisp shots or washed out-photos. Experiment with your camera's flash to determine its capabilities. If you know you'll be shooting in situations with limited light, look for a point-and-shoot with aperture-priority capacity or a reliable flash. Or spring for a digital SLR, which will let you adjust the speed and aperture to compensate for low light.

The basic rule here is to zoom in for nature shots and zoom out for sprawling landscapes. It's thrilling to see nature in action, but returning home from a whale-watching excursion with pictures of a small black dot on the horizon probably won't excite your friends and family. When you're on that whale-watching trip or, say, in the bush on safari or even just visiting a zoo, you'll have to adjust for subjects that are some distance away, unpredictable or in constant motion. For such shots you really do need a zoom or long lens to get in close. On the other hand, when your subject is a vast landscape, zooming out with a wide-angle lens will beautifully capture the scene's majesty. Many digital cameras come with 35 to 100mm capability, but you might want to experiment with lenses that are both longer and wider than this.