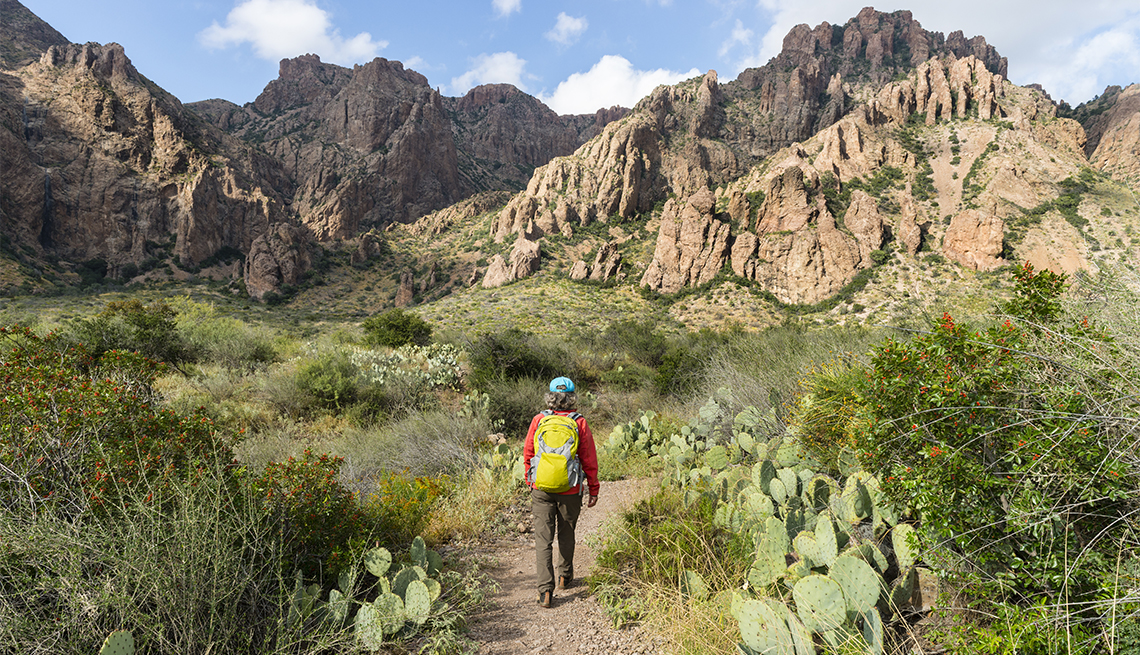 If you want to see some of America's most beautiful destinations while practicing social distancing during the coronavirus outbreak, you might be considering a visit to one of the National Park Service's parks, seashores or other sites.

The NPS has waived entrance fees at its 62 national parks, aiming to both eliminate interactions between visitors and staff, and encourage visits to the great outdoors when most indoor public spaces are pretty much off-limits.

But a growing number of popular national parks, including Yellowstone and Yosemite, have temporarily closed to visitors, and those that are open have limited (if any) visitor services. Some parks advocates, meanwhile, worry that tourism could harm vulnerable natural areas. Others say encouraging visitors leads to crowds rather than social distancing. Point Reyes National Seashore was so crowded over the weekend of March 21 that the NPS closed most of the preserve for at least two weeks.

Here are four common questions about what's open and whether visiting a park is safe for you and local communities.

Are the national parks still open?

Many of the nation's 62 national parks remain open, including Badlands, Mammoth Caves, Shenandoah, Grand Canyon and Arches national parks — but, as with so many things these days, their status can change quickly. On March 24, Great Smoky Mountains National Park announced that it would close until at least April 6 (the scenic Foothills Parkway is still open along with the Spur, which connects Pigeon Forge to Gatlinburg, Tenn.). Hawai'i Volcanoes, Rocky Mountain and Grand Teton national parks recently closed and other parks are limiting access: Joshua Tree National Park is open only for foot and bike traffic. The NPS frequently updates its list of closures and alerts on its website (including for monuments and other sites), so check before you go.

At most parks you'll likely be limited to roads and trails, and will find shuttered visitors centers. Parks’ restaurants and most lodges and campgrounds have shut down as well. Restroom availability varies from park to park and popular attractions within parks may be inaccessible. The cavern at Carlsbad Caverns National Park in New Mexico, for example, is temporarily closed, though roads, trails and picnic areas remain open.

The NPS has closed locations that attract crowds in confined spaces, including the Washington Monument, Ellis Island, Alcatraz Island and Pearl Harbor National Memorial. Most NPS-managed battlefields, however — from Antietam to Gettysburg — remain open, though facilities like visitor centers and observation towers are closed. Beaches, trails and parking lots are still open at many national seashores, such as Assateague Island in Maryland and Cape Cod National Seashore in Massachusetts (closed seashores include Gulf Islands National Seashore and Canaveral National Seashore in Florida).

Whether you're in the wilderness or your backyard, the same coronavirus rules apply. “Taking a rigorous walk in the fresh air is healthy, as long as it's not in a group and you're spaced apart,” says Janis Orlowski, M.D., chief health care officer for the Association of American Medical Colleges.

Yet if too many people descend on national parks, officials worry that visitors will spread COVID-19 not only to each other (as social distancing becomes more difficult), but to nearby towns, many of which are ill-equipped to manage a pandemic. Gunnison County, Colorado, which is located near Black Canyon of the Gunnison National Park, recently issued a public order that required all short-term lodging to cease operations and directed visitors “to return home” immediately. Yellowstone National Park's closure was encouraged by nearby Montana's Park County and Gallatin County, where some residents asked federal officials to stem the flow of outsiders. National organizations have also joined the call for closures: “Protecting park staff, visitors, resources and surrounding communities is paramount,” the National Parks Conservation Association noted in a statement.

It's hard to replicate the gloriousness of a visit to the Grand Canyon or Yellowstone, but if you want at least a taste of our natural wonders from the safety of your couch — and without endangering local communities — the NPS offers a variety of wildlife webcam and video options. Multiple national parks offer live webcams views, including Crater Lake, Glacier, Yellowstone and Yosemite, as do national monuments such as the Statue of Liberty (you can even watch the sun rise on Manhattan). Channel Islands National Park offers everything from webcams of bald eagle nests to broadcasts from divers who serve as underwater tour guides. You can also take a live virtual tour of the USS Constitution in Boston at 1 p.m. every day, or interactive tours of Bryce Canyon, Carlsbad Cavern, Dry Tortugas, Hawai'i Volcanoes and Kenai Fjords via the Hidden Worlds of the National Parks, produced by Google Arts & Culture.