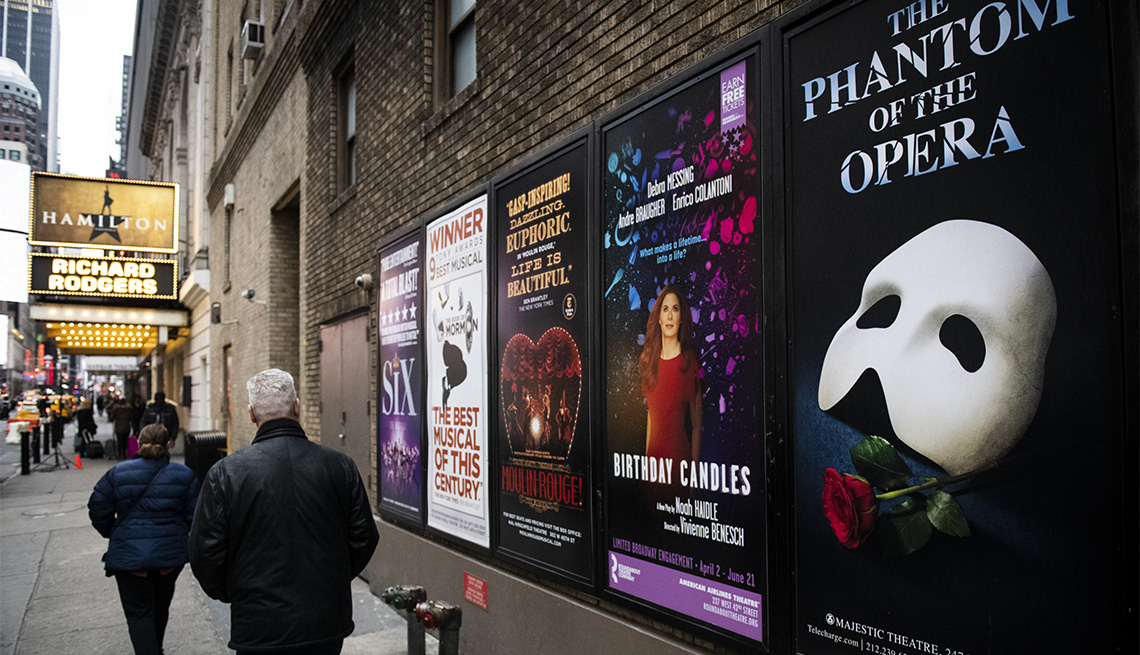 En español | Just over two months after the first case of the novel coronavirus was reported in the U.S., almost all of the country’s most popular destinations — from the Gateway Arch in St. Louis to Seattle’s Space Needle — have closed their doors to visitors in an attempt to contain the outbreak.

Broadway has gone dark, the Las Vegas strip has effectively shut down, and Disney's closed their castles while Americans follow health experts’ advice to avoid crowds and nonessential outings. Even some outdoor public spaces, such as national parks, have partly or completely closed.

Here’s what to know about the status of some of the nation’s biggest attractions in popular destinations, all of which are closed through at least the end of the month unless otherwise noted.

Boston
Museums across the city, including the John F. Kennedy Presidential Library and Museum, Boston Children’s Museum, the Museum of Fine Arts and the Museum of Science have closed, as has the New England Aquarium. The popular Faneuil Hall Marketplace is keeping its restaurants and bars open, though service has shifted to takeout or delivery only.

Chicago
Visitors hoping to visit the sculpture known as “The Bean” are out of luck, as Cloud Gate Plaza, the section of Millennium Park featuring the iconic work, has closed. Navy Pier, home of the Centennial Wheel and other attractions along Lake Michigan, and Lincoln Park Zoo are closed, as are the Museum of Science and Industry, Adler Planetarium, Shedd Aquarium and Field Museum.

Detroit
The Motor City’s Henry Ford Museum of American Innovation and Motown Museum are closed, as are the Detroit Institute of Arts and the Ford Piquette Avenue Plant (the birthplace of the Model T and a popular place for tours). The big downtown casinos, including MGM Grand Detroit, MotorCity Casino and Greektown Casino, are closed, as well. The MGM Grand Detroit is closed, but Greektown and MotorCity hotels are continuing to operate.

Zoo Miami remains open but has suspended all events and programming until further notice. Beachgoers should also note that Miami has shut down the public beaches in South Beach from Fifth through 15th streets (other public beaches around the state are closed, too).

Las Vegas
Sin City is effectively shut down, after Nevada Gov. Steve Sisolak called for the closure of all nonessential businesses through April 16.

On the strip, widespread hotel and casino shutdowns include the Wynn Las Vegas and Encore, the Venetian, the Palazzo and the properties run by MGM Resorts: the Bellagio, MGM Grand, Mandalay Bay, the Mirage, Luxor, New York-New York, Excalibur and Park MGM.

Caesars Entertainment has closed its strip properties, including the Flamingo and Caesars Palace, and has suspended live entertainment, as have many other venues (no Penn & Teller or Cirque du Soleil shows), until further notice.

The Mob Museum and Neon Museum are also closed. 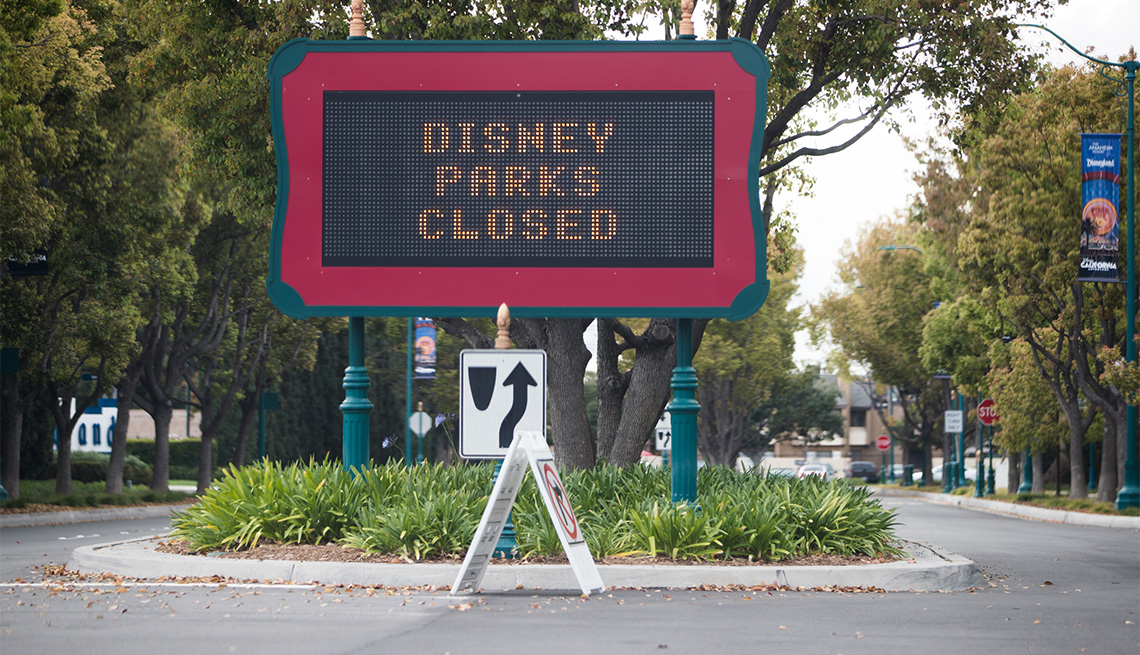 Los Angeles
With California under a shelter-in-place order, all major Los Angeles attractions are closed, including theme parks — Disneyland, Universal Studios Hollywood, Disney California Adventure — and museums (among them the Broad Museum and the J. Paul Getty Center and Villa).

The nearby Santa Monica pier has also closed, cutting off access to beachside attractions like the amusement park, the historic carousel and arcade.

New Orleans
Less than a month after revelers flocked to the Louisiana hot spot to celebrate Fat Tuesday, visits to the French Quarter have come to a near halt. The state has closed all bars and limited restaurants to takeout service only, effectively shutting down the normally bustling Bourbon Street. Jazz venue Preservation Hall has canceled all live performances, and festivals like the New Orleans Jazz & Heritage Festival have been postponed. 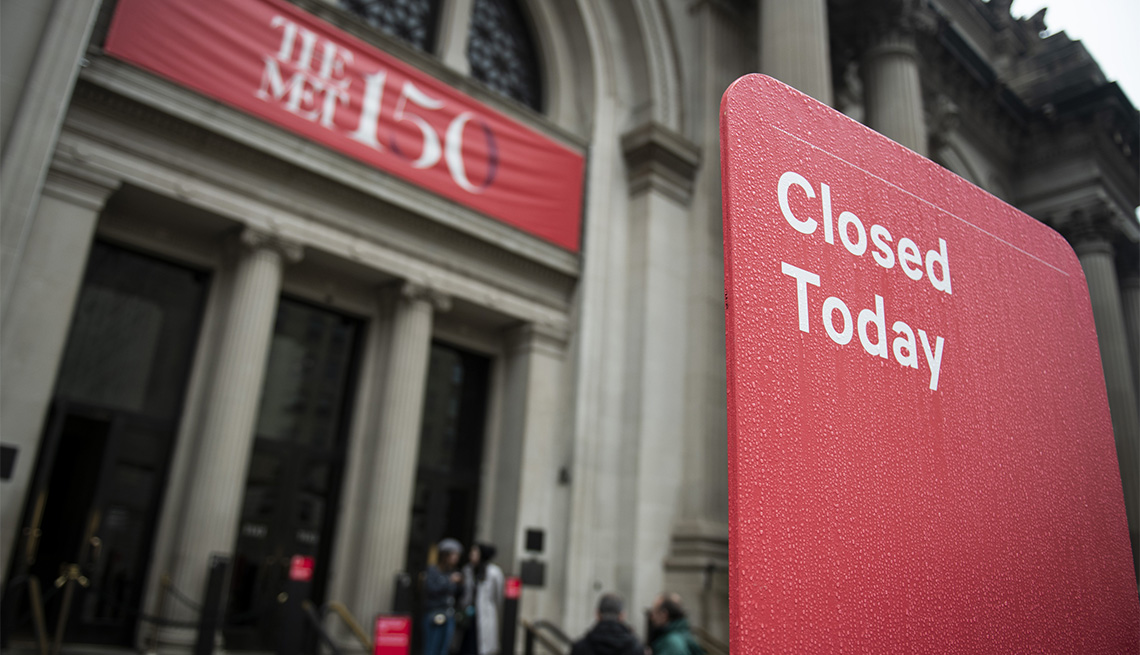 New York
Many of the Big Apple’s biggest tourist draws have closed, including the Metropolitan Museum of Art, the Statue of Liberty and Ellis Island, the Museum of Modern Art and the American Museum of Natural History. All Broadway theaters have suspended performances, with tentative plans for shows (among them Hamilton and The Lion King) to resume in mid-April.

San Diego
Due to California’s shelter-in-place order, the San Diego Zoo and Safari Park have shut their doors, as have all other sites and attractions in the city’s 1,200-acre Balboa Park, including the San Diego Museum of Art, Balboa Park Carousel and Fleet Science Center.

Golden Gate Park remains open for solo activities like walking or yoga, but group sports aren’t permitted. Park officials also note that people “over age 60 or those with chronic health conditions are advised to stay inside.”

Seattle
Among the first cities to be affected by the outbreak, Seattle has halted visits to the Space Needle, the Seattle Art Museum, Seattle Children’s Museum and the Seattle Aquarium.

St. Louis
Riverboat cruises at the Gateway Arch have been suspended until further notice, as have tram rides to the top of the 63-story arc. Saint Louis Zoo, St. Louis Aquarium, and the Saint Louis Science Center are closed.

Washington, D.C.
The nation’s capital has shut the doors to some of the country’s most-visited museums, including all Smithsonian Institution museums and the National Gallery of Art. The National Zoo is also closed, as is the Library of Congress and the U.S. Capitol Visitor Center.

Arlington National Cemetery is closed to the public, though funerals will continue and Family Pass holders will be accommodated for visits.

Editor's note: This story was originally published on March 13, 2020. It was updated to reflect recent closings due to coronavirus.