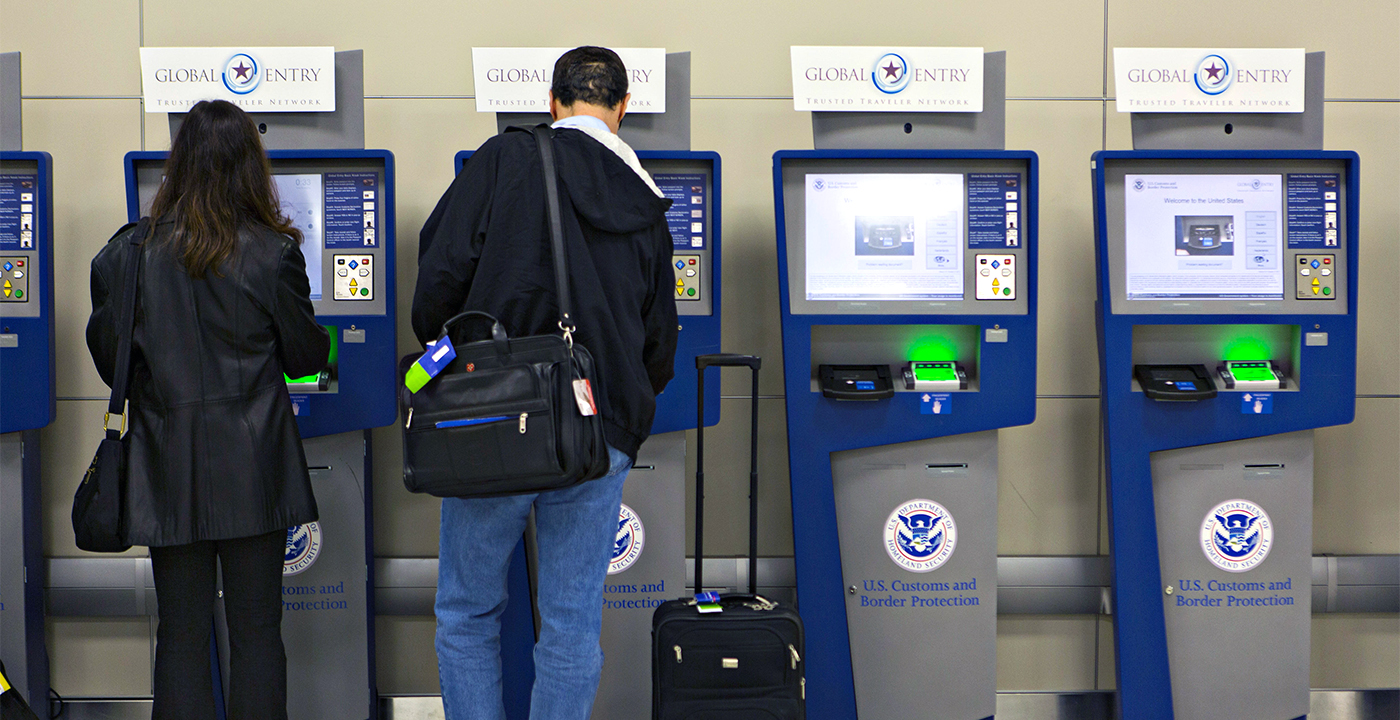 When you get to the airport, there are now several security lines to choose from. We take a look at their similarities and differences.

En español | There are now a handful of prescreening programs that allow their members to speed through security checkpoints — TSA PreCheck and CLEAR at the airport gate before boarding and Global Entry when you arrive in the U.S. from another country. Each has different advantages, depending on how often you fly domestically or internationally; for some frequent travelers, it can make sense to enroll in two of the programs.

Below is a guide to the benefits of each, and how to enroll.

What it is: PreCheck is a Transportation Security Administration (TSA) program created by the Department of Homeland Security (DHS) after 9/11. It allows certain qualified airline passengers to use separate, typically shorter security lanes leading to the screening area. During screening, PreCheck passengers don't have to take laptops or liquids out of their bags, nor do they have to remove shoes, coats and belts.

PreCheck costs $85 for five years and is now available at more than 200 U.S. airports. It’s offered to American citizens and lawful permanent residents who apply. Even if you're not enrolled, you may sometimes be randomly given temporary PreCheck status on individual flights. If you have paid for PreCheck or you're in the randomly selected group, there will be a PreCheck symbol on your boarding pass, and you can head for the fast lane. Although some lines for PreCheck members are longer than others, the TSA reports that 93 percent of PreCheck passengers wait less than five minutes.

If you have PreCheck status, you can bring along a travel partner age 12 or younger; if you’re traveling with someone older, he or she must have their own PreCheck clearance to join you in the PreCheck lane.

Note that PreCheck passengers aren’t guaranteed access to the PreCheck lanes; they will sometimes be asked to enter the full-security line.

How to enroll: Go to tsa.gov to pre-enroll and pay the $85 fee. Then visit one of more than 350 enrollment centers around the country, most of them at airports, to get fingerprinted and show identifying documents.

After two or three weeks (or sometimes just a few days) you’ll receive an email with a Trusted Traveler Number — the airlines call it a Known Traveler Number — good for five years. You’ll include that number in your profile when you make a reservation in order to be flagged as a PreCheck passenger.

Bottom line: PreCheck is relatively inexpensive (and some credit card companies will reimburse you for the charge, including American Express, depending on which type of card you have), so if you travel several times a year and are easily irked by long lines, there isn’t a big downside. 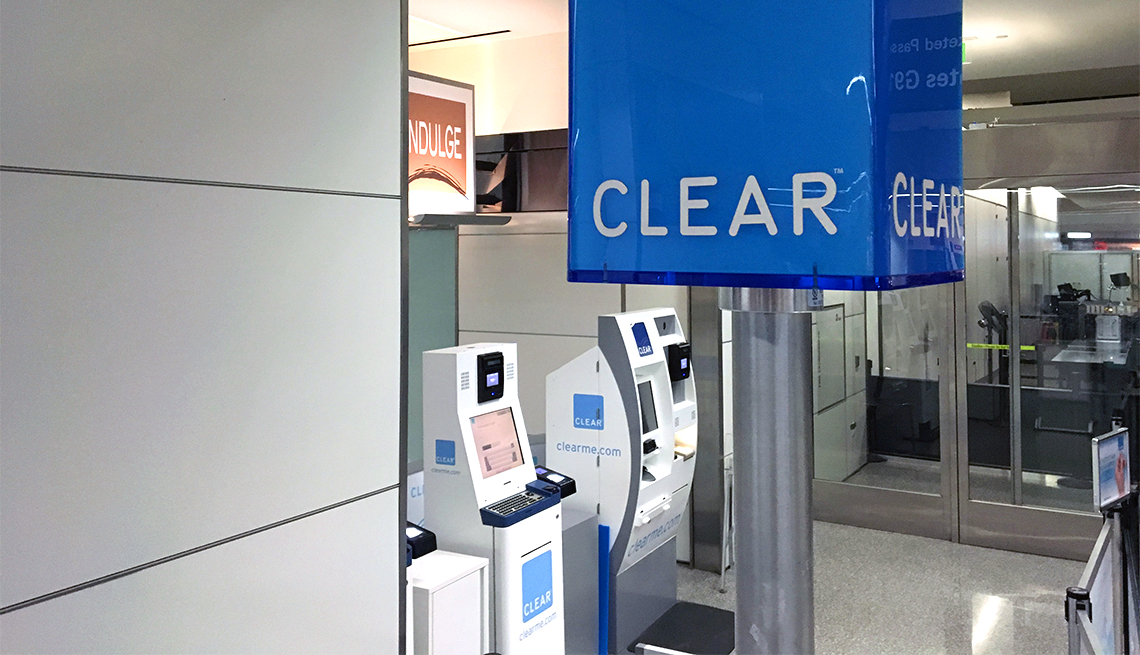 Unlike the government-sponsored PreCheck, CLEAR is a private program

What it is: CLEAR is a private program that uses biometrics — your identity is verified through a scan of your iris or fingerprint, depending on which image is most distinctive.

For $179 per year (less if you’re a Delta SkyMiles member) you get to use a dedicated line to get to the screening area that is often even shorter than the PreCheck line — CLEAR promises it’ll take less than five minutes. You enter the CLEAR lane after scanning your boarding pass and eye/fingertip at a CLEAR kiosk, with the help of a CLEAR representative. (CLEAR plans to eventually eliminate the need for the boarding pass; passengers' flight information would be accessible through their biometric scan.)

The program is for adults 18 and older. Children younger than 18 can join an adult family member who has CLEAR in the CLEAR lane for free; they don’t need to be enrolled. But it’s $50 a year for every adult family member you want to bring along (up to three people).

CLEAR is now at 30 domestic airports and sports venues; enrollment also allows you expedited security screening at major league ballparks such as Yankee Stadium and Detroit’s Comerica Park. The program is free if you only want to use it at sports venues.

Some travelers think it’s worth having both CLEAR and PreCheck: If you have only CLEAR, you’ll still need to go through screening like everyone else — taking out your computer, removing coats and shoes. The two programs are complementary, the CLEAR people like to say.

How to enroll: Go online and complete the pre-enrollment process, before signing up at any of the 30 CLEAR enrollment sites with a driver’s license, passport or other accepted form of ID. They’ll need to scan your fingerprints and eyes, but that should take only about five minutes. Then you can start using the CLEAR lanes.

Bottom line: It’s pricey, but if you fly a lot domestically (if you're big on international travel, consider Global Entry, detailed below) and loathe long lines, it may be worth giving it a try. And combining CLEAR with PreCheck is likely to make your journey through security especially fast.

What it is: Run by DHS’s Customs and Border Protection (CPB) agency, the Global Entry program allows approved American travelers faster clearance through customs when they re-enter the U.S. by air or land.

Members pay $100 for five years, but that includes enrollment in TSA PreCheck, which alone will cost you $85. If you're a Global Entry member arriving back in the U.S. after international travel, you present your passport and scan your fingerprints at a kiosk. That's it: Head to baggage claim. You may sometimes be selected to go through a more thorough screening.

You can take advantage of your Global Entry status at all major U.S. airports, and at 13 "preclearance airports" abroad, which means that you can get screened before you depart from those airports, instead of when you arrive in the U.S.

There's no minimum age to join, but anyone under the age of 18 needs to have a parent or guardian's approval; the parent/guardian doesn't need to be a member.

Note that DHS also has two other Trusted Traveler programs that may be useful if you often visit our neighbors to the north and south: NEXUS expedites the screening process for members crossing by land or air between the U.S. and Canada ($50 for five years), and SENTRI speeds the process for members traveling between the U.S. and Mexico ($122.50 for five years).

How to enroll: Go to the CPB website and create an account, then fill out a Trusted Traveler application and pay the $100 fee. Your status will be “pending review.” If you’re lucky you’ll receive an email notifying you of “conditional approval” in a few weeks — but a CPB spokesperson says “it could take two weeks or it could potentially take longer,” so it’s smart to apply well before you plan to travel.

Once approved you can go back online to schedule an interview at one of the more than 100 enrollment centers around the country (you need to do so within 120 days of receiving conditional approval). Most people are told immediately after the half-hour or shorter interview that they’ve been approved, and given a Trusted Traveler Number.

You’ll later receive a Trusted Traveler card in the mail, though you won’t need to show it at Global Entry airport kiosks.

Bottom line: Because it includes PreCheck, Global Entry is an obvious option for anyone who takes even just a few international trips within the five years of membership. Getting Global Entry with CLEAR will make the screening process as fast as it can be on both ends of your trip — passing through security before your flight to another country and through customs when you return.