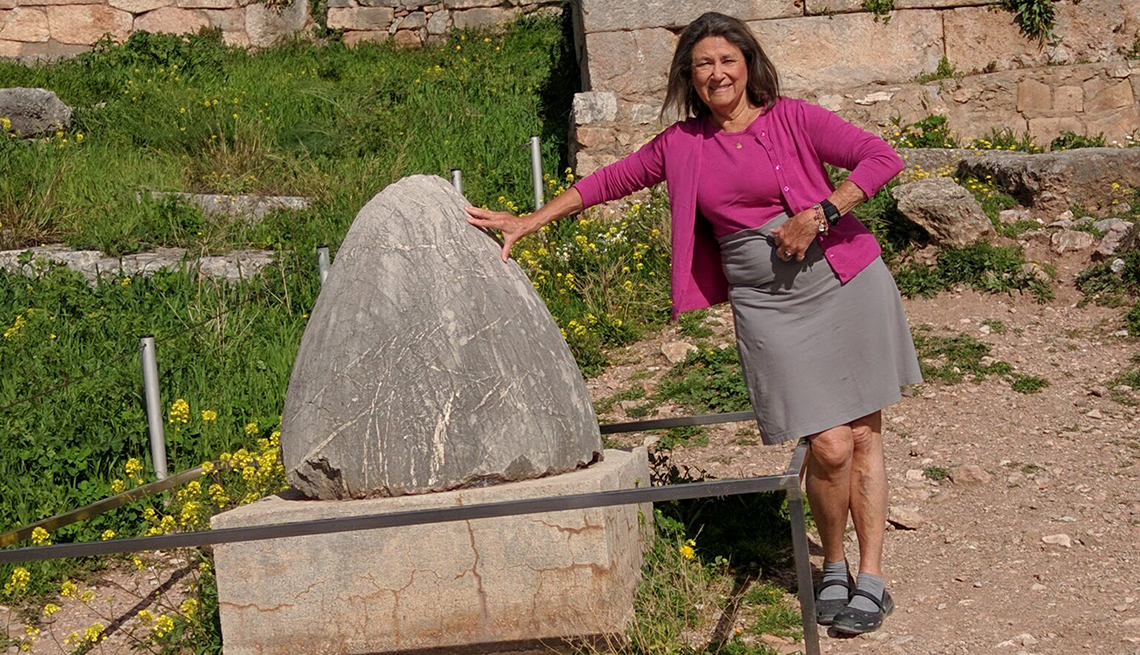 Sharon King Hoge leans on "the navel of the earth" at Delphi, Greece.

En español | It’s one thing for teenagers and college kids to pack up their backpacks and set out to explore parts unknown, but it's not such a given when you’re over 70, like me. Many of us are armchair travelers rather than real-life travelers. Yet for the last several years, I’ve tried to go at least once a month to a place I’ve never been before — recently, that's included Greenland, Lebanon, Iceland, Kazakhstan, Portugal, North Carolina, Slovenia, Albania, Uruguay and Austin, Texas. To help make it affordable, I often travel on a tight budget, staying in youth hostels, eating simple meals and using local mass transit.

I don’t plan itineraries ahead of time and rarely consult with travel agents. Occasionally, I join an organized tour, but most of the time I book a flight, pack a bag of clothes and guidebooks, and travel alone. Staying home would be easier. “Why put myself through this?” I sigh, grappling online with overseas timetables. But for me, traveling is always worth the effort. Here are a few reasons why.

It offers unexpected thrills. Among them: A bungee jump off a mountain in New Zealand, whisking through the Everglades in front of the giant fan on an airboat, balancing an egg on end at the equator’s exact point of zero longitude, wading up to my knees in the water off a Maldivian island to hand-feed the comical, slippery stingrays that show up hungry every evening.

It makes the world more interesting. Firsthand knowledge of a country intrigues me to keep up with its politics and news. Back home, I find myself reading up on elections in Lebanon and the economic woes of Brazil, engrossed in accounts of the coup attempt in Turkey, and keeping abreast of China’s “One Belt, One Road” revival of the Silk Route. 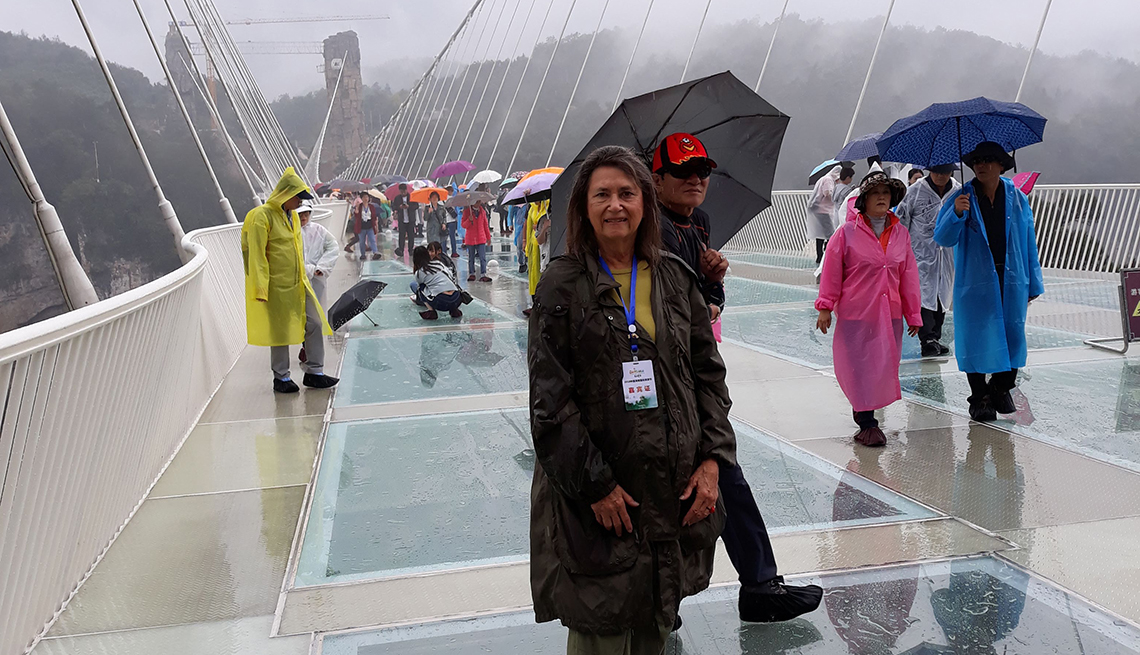 It keeps my mind active. On my way to a new town, I study the layout of its hotels, public buildings and tourist spots so that I arrive with a sense of how to get around without getting lost. Plotting out routes calls for juggling bus/train/metro schedules in mental exercises as beneficial as any sudoku puzzle or game of bridge. Grappling with currency exchange rates maintains my math IQ.

It keeps me up on technology. I’ve learned to switch SIM cards and to download a local GPS. Translation apps can require inventive thinking. The Kazakh translation that turned up on my screen for “Where is Mother of God Church?” baffled strangers in Almaty. So I tapped in, “I’m looking for a nearby church with a big gold dome,” and was pointed to it straight away.

It builds healthy and/or frugal habits. Avoiding unwashed foods in remote Sri Lanka, I discovered I can get by nicely on little more than two freshly peeled boiled eggs and an orange or banana per day. After only two sugarless days of vegetables and fruits in Nicaragua, I was almost repulsed by some former-favorite processed chips. And I’ve learned that good old hot water bottles can be more soothing than heaps of blankets in chilly rooms.

It keeps me fit. Trekking to the mountaintop Messner museums in Tyrol in the Alps, climbing 633 steps up to Portugal’s Our Lady of Remedios shrine, and cycling the Ring of Kerry in Ireland are more interesting than repetitious spin classes.

It gives me funny stories to tell friends back home. One day in Qatar, I stopped my rental car at a tent in the middle of the desert to ask about a shortcut. After politely admiring the bedouin’s falcon and declining his offers of coffee and tea, I threaded my way back through his herd of camels toward my car. “How old are you?” he called after me semi-flirtatiously, “I am … ” He held up three fingers on one hand and five on the other, showing he was 35. Flashing back three fingers on each hand twice, I admitted to 66. Apparently, that was older than he’d hoped. “Oh!” he gasped. “You can go then.”

I did go, and with luck I’ll keep traveling as the years go by — armchairs be damned.